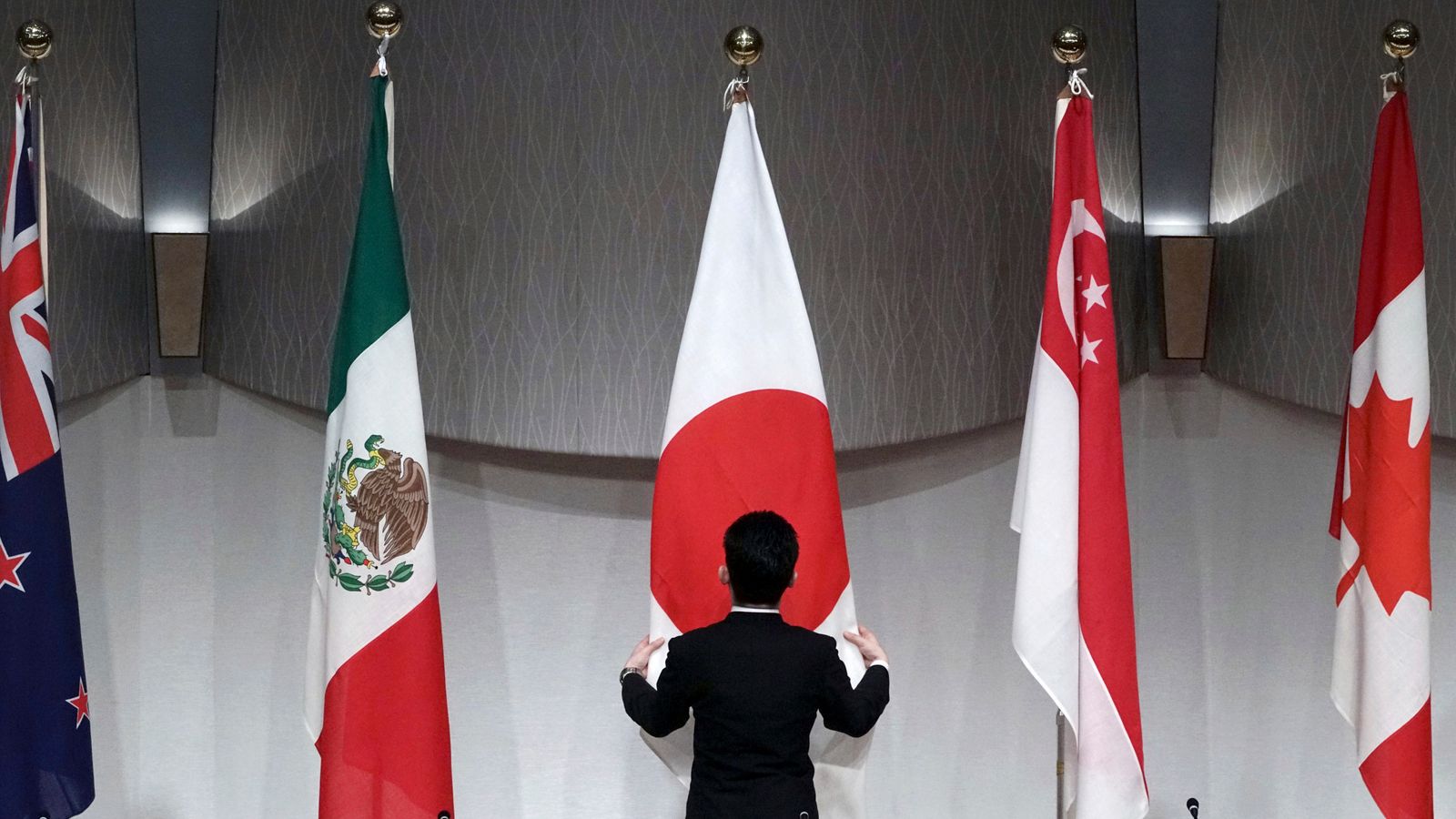 The UK will formally apply to join a huge free trade pact including Australia, Canada, Japan and Singapore, under the government’s post-Brexit plans.

International Trade Secretary Liz Truss will use a conversation with ministers in Japan and New Zealand on Monday to request membership of the Comprehensive and Progressive Trans-Pacific Partnership (CPTPP).

Announcing the move on the anniversary of Britain’s formal departure from the EU, her department said negotiations were expected to start later this year.

Joining the CPTPP will cut tariffs in trading with the group’s 11 members, which also include Mexico and Vietnam.

The Department for International Trade said UK trade with the member countries last year was worth £111 billion.

Prime Minister Boris Johnson said: “One year after our departure from the EU we are forging new partnerships that will bring enormous economic benefits for the people of Britain.

“Applying to be the first new country to join the CPTPP demonstrates our ambition to do business on the best terms with our friends and partners all over the world and be an enthusiastic champion of global free trade.”

Businesses welcomed the plans, with the Federation of Small Businesses (FSB) saying it would help firms “thrive and succeed more than ever”.

But shadow international trade secretary Emily Thornberry said Labour would closely scrutinise any pact and called on the government to consult the public.

Ms Thornberry said: “Like any other trade agreement, the advantages of joining the CPTPP will have to be assessed once we see the terms on offer.

“At present, Liz Truss cannot even guarantee whether we would have the right to veto China’s proposed accession if we join the bloc first,” she said.

“More generally, people will rightly ask why we have been through five years of debate in Britain over leaving a trade bloc with our closest neighbours only to rush into joining another one on the other side of the world without any meaningful public consultation at all.”

Ms Truss claimed membership would “create enormous opportunities for UK businesses that simply weren’t there as part of the EU”.

And Confederation of British Industry president Lord Bilimoria said: “Membership of the bloc has the potential to deliver new opportunities for UK business across different sectors.”

But Sue Davies, head of consumer protection and food policy at Which?, said ministers must ensure joining CPTPP “will bring clear consumer benefits” and does not dilute standards.

“It is important that consumer interests are at the centre of government trade policy as the success of future agreements will be judged on what they deliver for millions of ordinary people in their everyday lives, not just the export opportunities they provide,” she added.

PM still has the support of cabinet despite Dowden’s resignation, minister says
One of the most prominent crypto hedge funds just defaulted on a $670 million loan
Every new passenger car sold in the world will be electric by 2040, says Exxon Mobil CEO Darren Woods
Stars Janelle Monae and Taraji Henson hit out at Supreme Court during BET awards
Kyiv targeted by Russia in ‘symbolic’ attack before NATO summit as one killed and several injured in missile strikes