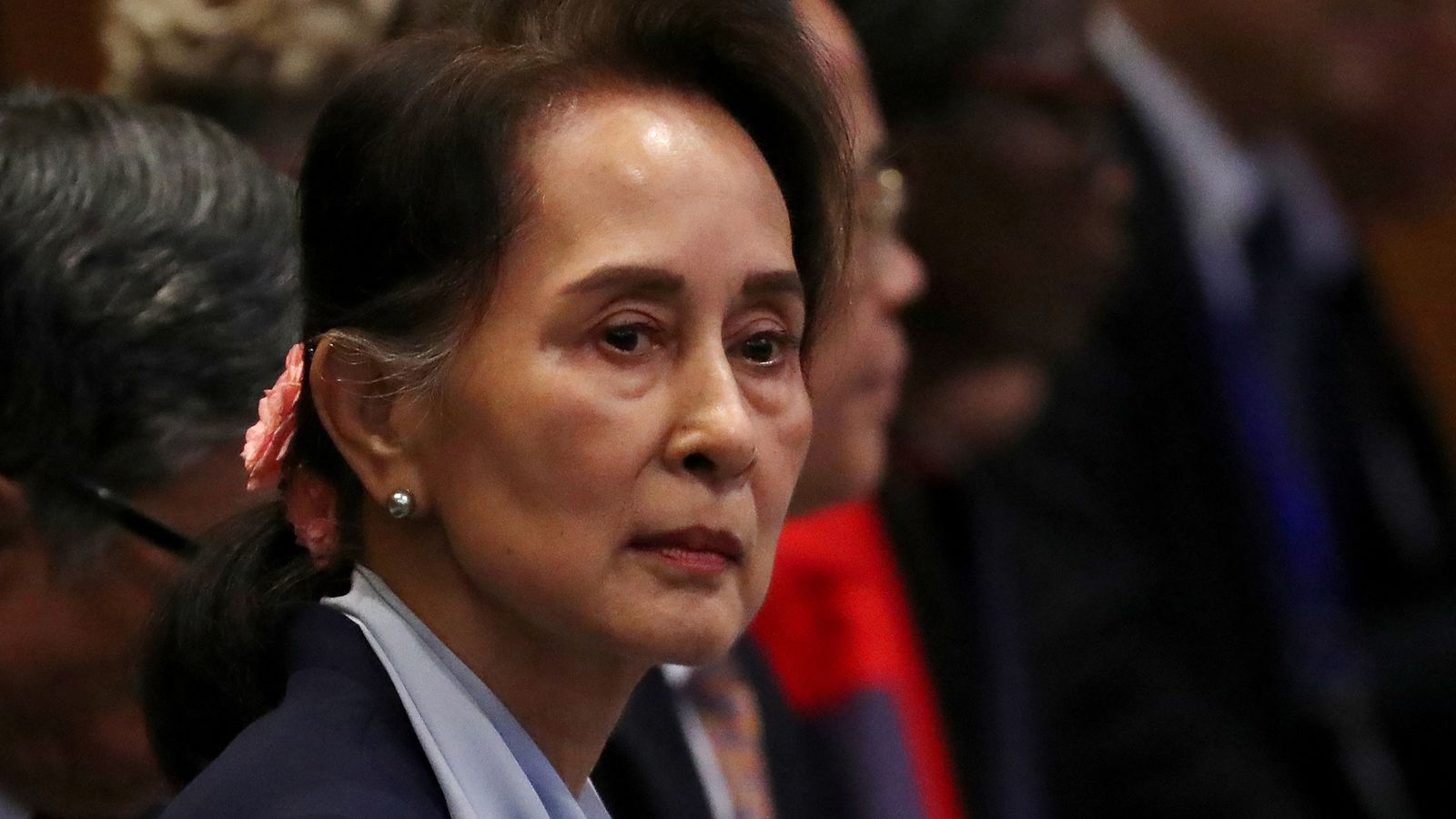 Myanmar’s military says it has taken control of the country for one year, after detaining a number of leading politicians.

A state of emergency has been declared, according to military-owned TV, and power has been handed to the commander in chief of the armed forces, Min Aung Hlaing.

Myanmar’s leader Aung San Suu Kyi was among those detained by the military in an early morning raid on Monday, according to her party.

A spokesman for the governing National League for Democracy told Reuters news agency earlier on Monday that Ms Suu Kyi, President Win Myint, and other leaders were “taken” in the early hours of Monday morning.

“I want to tell our people not to respond rashly and I want them to act according to the law,” Myo Nyunt said, adding that he also expected to be detained.

Tensions had been rising between the civilian government and the powerful military since last November’s election.

Ms Suu Kyi’s party won 396 out of 476 seats but the army claimed the election results were fraudulent, claims that have been rejected by Myanmar’s election commission.

Last week the military declined to rule out a coup to overturn the National League for Democracy’s election victory, prompting other countries to warn against “any attempt to alter the outcome of the elections or impede Myanmar’s democratic transition”.

Mark Farmaner, director of Burma Campaign UK, told Sky News that residents of Myanmar were reporting soldiers on the streets but communication was difficult, as internet and phone networks had been disrupted. The state TV station also stopped broadcasting, blaming technical problems.

Mr Farmaner said that in recent years, Myanmar had been governed by Ms Suu Kyi’s civilian government but the military had retained control of the most important ministries and security forces.

“It doesn’t really make sense for the military to be doing this, because they benefited greatly from the reforms made in the past 10 years,” he said of the apparent coup.

“We’re going to have to see whether there’s some sort of split within the military or what their motivation is.

“They must know as a result of the coup there will be sanctions re-imposed and they face the threat of uprisings within the country. It is impossible to see how this ends well for anybody in the country, including the military.”

For decades, Myanmar was ruled by one of the world’s most brutal military regimes, and Mr Farmaner said many people inside the country were now “incredibly afraid” that these days would return.

“The people of Burma are the ones who have suffered the most throughout this period and people are now incredibly afraid because they remember the days when there was direct military rule – when there were thousands of political prisoners, when you couldn’t speak your mind without being arrested. It looks like they’re facing those days again.”

John Sifton, Asia advocacy director for Human Rights Watch, said Myanmar’s military had never submitted to civilian rule and called on other countries to impose “strict and directed economic sanctions” on the military leadership and its economic interests.

White House spokeswoman Jen Psaki said: “The United States opposes any attempt to alter the outcome of recent elections or impede Myanmar’s democratic transition, and will take action against those responsible if these steps are not reversed.”

The Australian government said it was “deeply concerned” and called for the immediate release of the unlawfully detained leaders.

Japan said it was watching the situation closely but has no plans to repatriate Japanese nationals from Myanmar.

Here’s why one solar industry veteran is betting big on clean hydrogen
Bond producers say Idris Elba is ‘part of conversation’ to be next 007
‘Larger than life’: Stars pay tribute to singer Meat Loaf after his death at 74
UK accuses Russia of plotting to install pro-Kremlin leader to head Ukraine’s government amid invasion fears
Man pleads guilty to abducting four-year-old Cleo Smith from campsite in Australia