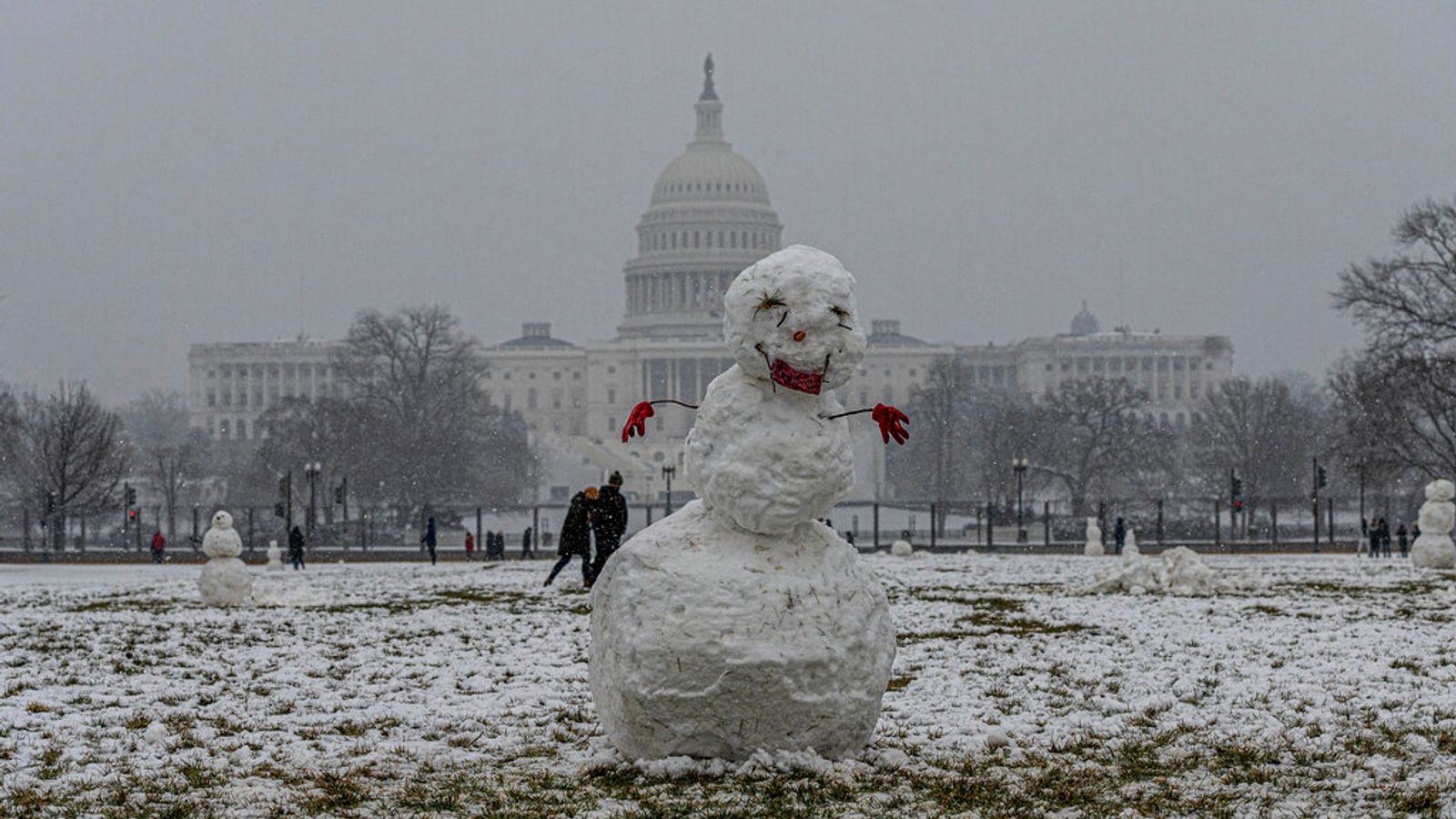 Snowstorms are set to batter the northeast coast of the US this week with two states already declaring emergencies.

A “nor’easter” – or storm that blows from the Atlantic Ocean along the northeast coast – will bring heavy snow and strong winds over the next few days, the US National Weather Service said.

On Monday morning, seven inches had already fallen in New Jersey, with six in Pennsylvania and between three and five in New York, Connecticut, Washington DC, Virginia, Ohio and Illinois.

Governor Phil Murphy declared a state of emergency in New Jersey on Sunday in order to deploy extra resources ahead of further blizzards.

All government offices have been closed along with the state’s six coronavirus vaccine distribution sites.

In Washington DC, President Joe Biden was forced to delay a visit to the State Department, with officials claiming it would be rescheduled for later this week when it was safer for staff to travel.

Lara Pagano, a meteorologist with the National Weather Service said the storms would be “pretty slow movers”.

“It’s going to be a prolonged event,” she added.

Kyiv targeted by Russia in ‘symbolic’ attack before NATO summit as one killed and several injured in missile strikes
Indian Education Should Follow Tech-Driven Approach, Initiatives Like Digital University: Dharmendra Pradhan
R Kelly sentenced to 30 years in prison – as survivors confront him over ‘despicable’ abuse
Microbes Found Thriving in a Low-Oxygen, Super-Salty, Sub-Zero Spring in Canadian Arctic
Where in the world is Ash Barty?