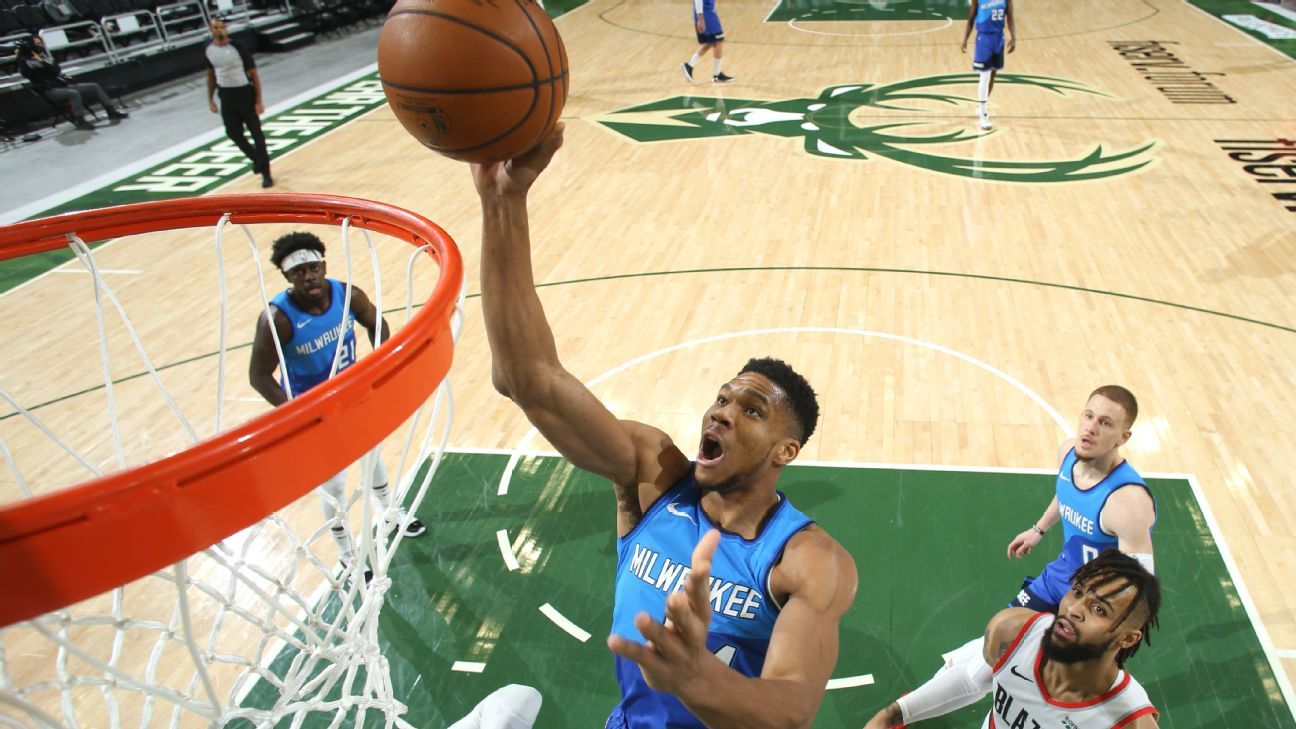 Milwaukee Bucks guard D.J. Augustin hasn’t been around the organization long. Neither has guard Bryn Forbes.

Nevertheless, after suffering back-to-back losses on Friday and Saturday in New Orleans and Charlotte to fall to 11-8, it didn’t take them long to learn what is accepted and what’s not.

“I don’t think anybody’s happy, to be honest with you,” Forbes said ahead of Monday’s tipoff. “[The top guys are] not used to losing two in a row or having a losing stretch over a few games. I don’t think anybody’s happy about it, but we’ve got to take it day by day and I think that’s the way everybody’s approaching it, game by game. We can’t win them all back right now, but if we take it day by day, we can win a lot of games.”

The Bucks put one in the win column Monday, beating the Portland Trail Blazers 134-106.

Entering Monday’s game, Milwaukee’s 20th of the season, the Bucks had suffered eight losses. That didn’t happen until their 54th game last season, when they finished with the league’s best record for the second straight year.

Recognizing that standard, Augustin called the latest victory over the Trail Blazers a “must-win” for Milwaukee. “It wasn’t a good feeling around the building,” said Augustin, who like Forbes is in his first year with the Bucks.

“It wasn’t a good flight back home to Milwaukee, so when you’re on a team like this, the atmosphere is a little different, and tonight was a must-win for us and that’s how we played and that’s how we came out from the jump.”

Defending the 3-point line has been an issue for the Bucks dating back to last year.

They cleaned that up somewhat against Portland, allowing the Blazers to hit just 35.7% from beyond the arc, with All-Star guard Damian Lillard shooting 2-for-7 from that range.

“We didn’t bring an edge, didn’t bring a swag to the games on Friday and Saturday and had two stinkers,” Bucks forward Bobby Portis admitted. “They made a lot of shots. I think tonight we played with swag, played with grit, played with fire and I think that’s kind of contagious through the whole team.”

Although their play as a whole has been up and down this season as their new pieces get acclimated, the Bucks did post their 13th win of 25 points or more since the start of last season, breaking a tie with the Clippers for most in the NBA over that span, according to ESPN Stats & Information research.

Milwaukee had its fourth game this season with at least 20 3-point field goals. The Bucks had four such games in franchise history entering 2020-21.

“They lost some really good players from a great team. When you say, [Eric] Bledsoe and George Hill and [Ersan] Ilyasova and Wes Matthews … they lost some really experienced rotation players,” Blazers coach Terry Stotts said. “And I think it just takes time for things to gel.”

Like Stotts, Bucks coach Mike Budenholzer is confident his guys will figure it out.

After all, the goal isn’t to be the best regular-season team, since Milwaukee has been that the past couple of years without a Finals appearance. The goal is to be the best team when it matters most.

The Bucks also are seeing what life is like in the NBA while being the hunted rather than the hunter.

Budenholzer feels that will make them better in the long run.

“NBA players, they love to go against the best and compete against the best, whether it’s teams or individuals, and they’re bringing it against us,” Budenholzer said. “And that’s great for us, that’s what’s gonna make us our best.”

Looking ahead, Milwaukee will face the Indiana Pacers in an ESPN game Wednesday night (7 ET) before back-to-back games at Cleveland on Friday and Saturday as the Bucks try to find a rhythm.

One thing they can expect is for teams to be on point when the ball is tipped.