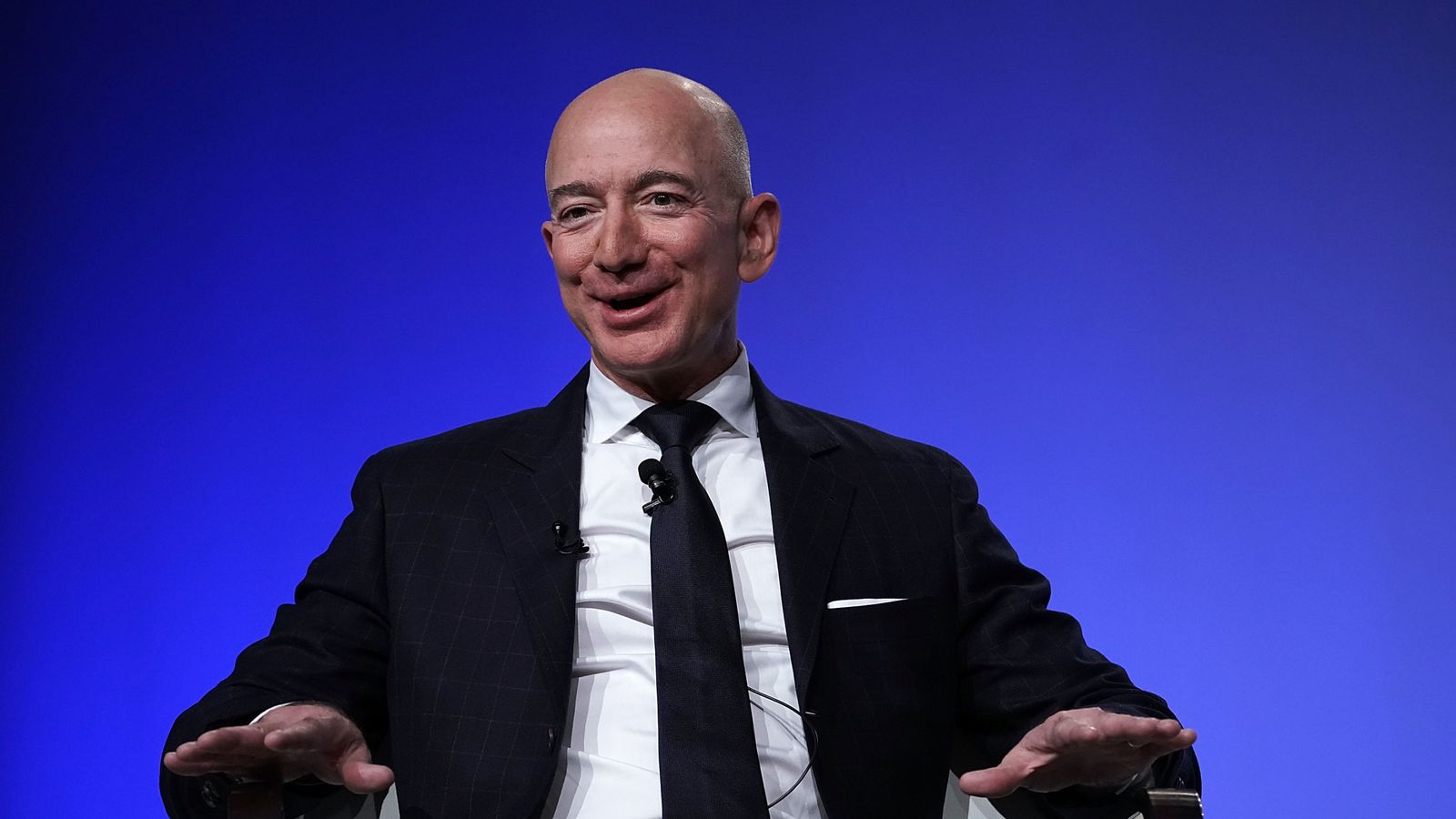 Amazon has announced its founder and CEO Jeff Bezos is to step down from running the business as it reported record revenues for its core Christmas quarter, topping $100bn for the first time with help from the coronavirus pandemic.

Bezos said the shift would give him more time to concentrate on his other passions, including the fight against climate change, and that the company’s latest results demonstrated it was the right time to make the transition.

Amazon recorded total sales of $125.6bn (£92bn) between October and December 2020 – a period that took in its annual Prime Day – delayed from July for the first time – Black Friday and holiday season business.

It represented a 43% rise on the same period in 2019 as the COVID-19 crisis hammered physical retailers, forced a stampede to work from home and stoked demand for TV and movie downloads during lockdowns.

However, while the company’s range of services were well placed to capitalise on pandemic disruption in its core markets, the cost of meeting coronavirus safety requirements limited net profits to $21.3bn – up from $11bn in 2019.

The company is expected on Wednesday to outline how the business performed in the UK.

Bezos hailed the group’s financial performance – a culmination of 26 years’ work that saw him catapulted to the status as the world’s richest person last year before being overtaken by Tesla’s Elon Musk.

He told investors: “If you do it right, a few years after a surprising invention, the new thing has become normal.

“People yawn. That yawn is the greatest compliment an inventor can receive. When you look at our financial results, what you’re actually seeing are the long-run cumulative results of invention.

“Right now I see Amazon at its most inventive ever, making it an optimal time for this transition.”

He said that new products would be among the areas he would prioritise in his new role at the company.

Shares were flat in after-hours dealing despite the bombshell development – tempered by the fact its core numbers exceeded analysts’ expectations.

Hilding Anderson, retail analyst at technology consultancy Publicis Sapient, said of the company’s update: “Amazon’s Q4 earnings today were somewhat overshadowed by the announcement that Jeff Bezos would be transitioning to role of Executive Chair in Q3 with Andy Jassy to replace as CEO.

“However, Amazon’s earnings broke records again this quarter, crossing the $100B line for the first time.

“The broad shift in behaviors caused by COVID-19, new fast-growing technologies like ecommerce and cloud, as well as disruptive innovations like Alexa, and the promise of Amazon Go technology has all led to this milestone moment.

“We will look back on 2020 as the year where Amazon cemented its dominance.”

Tesla CEO Elon Musk kicks off first Semi truck deliveries
‘So many questions’: Harry asked about royals at awards ceremony
Tesla Semi looks incredible as an electric motorhome
Fourth child confirmed to have died from Strep A
‘It’s a dirty game’: Prince Harry says only he and Meghan know the ‘full truth’ in new trailer for docuseries