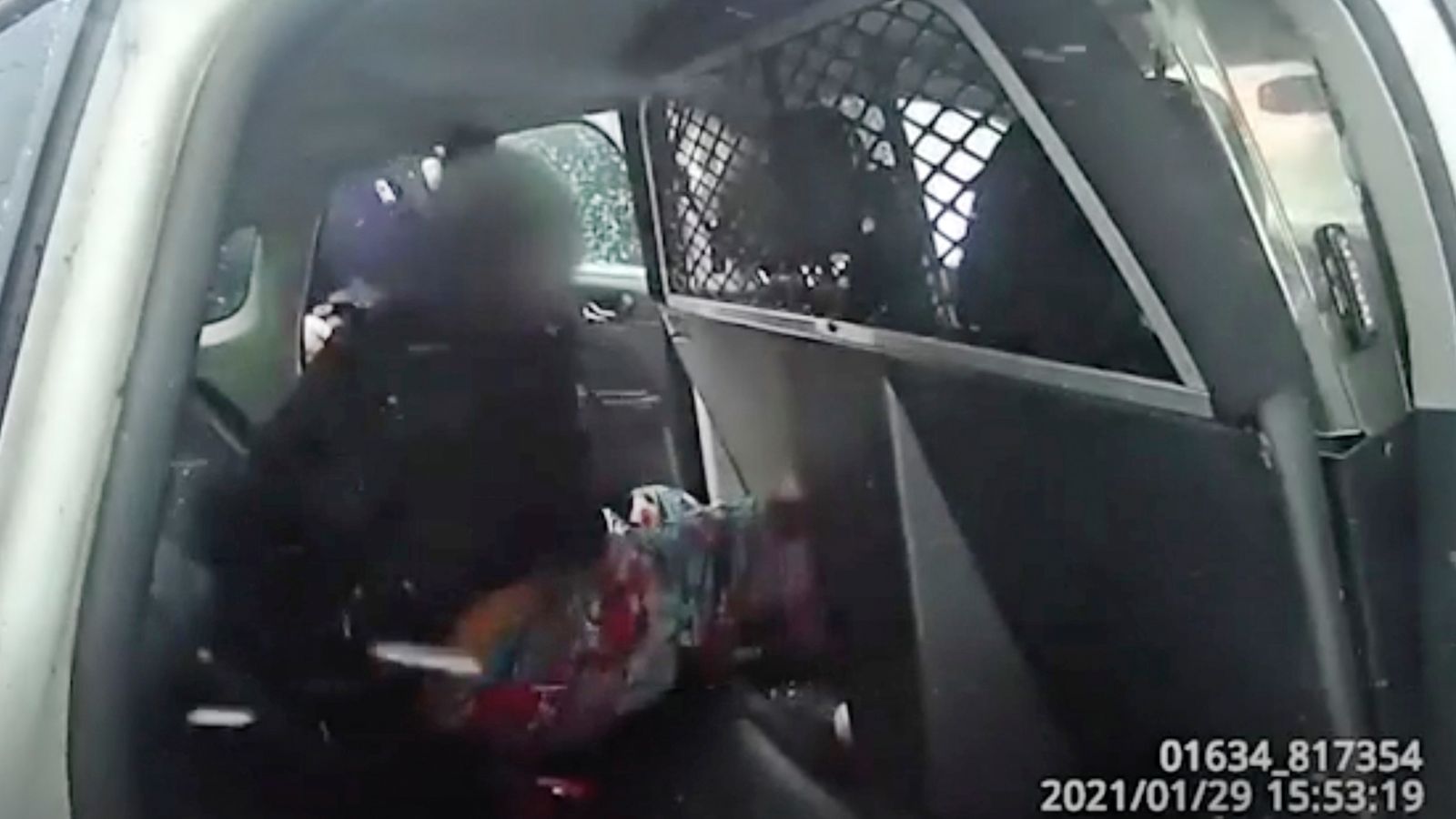 A number of police officers have been suspended after body-camera footage showed a chemical “irritant” being sprayed in the face of a distraught and handcuffed nine-year-old girl.

Officials in Rochester, New York, would not confirm how many officers had been sanctioned, but said the suspensions would last at least until an internal investigation is completed.

It comes amid growing anger following the release of footage on Sunday showing officers restraining the girl, who was screaming for her father.

At one point, an officer is heard telling her to “stop acting like a child”, to which she cried: “I am a child.”

Police said officers were responding to a report of “family trouble” on Friday.

After being restrained on the ground, the girl, wearing flowered leggings and a black sweatshirt, asked: “Can you please get the snow off of me? It’s cold.”

“You had your chance,” one officer told her, while another shouted: “Get in the car now!”

Mayor Lovely Warren said: “What happened Friday was simply horrible, and has rightly outraged all of our community.

New York attorney general Letitia James said her office was looking into what happened and called the incident “deeply disturbing and wholly unacceptable”.

The New York Civil Liberties Union director Donna Lieberman said: “There is no conceivable justification for the Rochester police to subject a nine-year-old to pepper spray, period.”

At a news conference on Sunday, deputy police chief Andre Anderson described the girl as suicidal.

Police said the girl disobeyed commands to put her feet in the car and that an officer was then “required” to spray an “irritant” in the handcuffed girl’s face.

Tesla teases Apple Music integration coming soon
Could this be moment Sunak and Sturgeon settle Scottish independence once and for all?
Regis Prograis: ‘I know I’m the best, I just need to prove it’
At least one dead, several injured in two explosions at Jerusalem bus stops
Get ready for Thanksgiving Day football: Previewing all three NFL games, including picks and key matchups