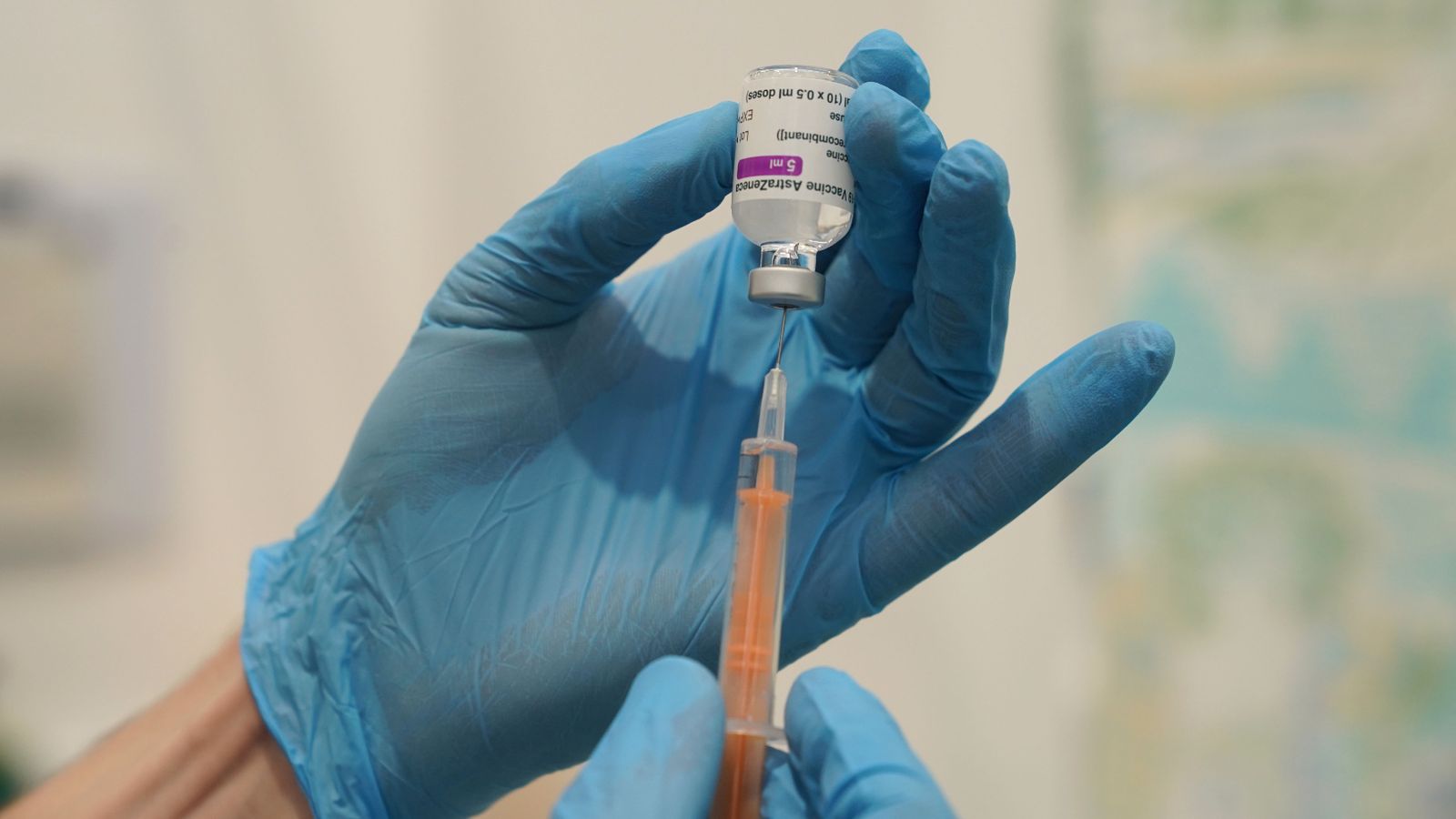 The Oxford/AstraZeneca vaccine may have a “substantial effect” on transmission of coronavirus, and a three-month gap between doses does not lower protection, according to a report.

Tests results by University of Oxford, published in a pre-print report with The Lancet, showed a 67% reduction in positive COVID-19 swabs among those vaccinated.

In the report, the university also said that a single standard dose of the Oxford/AstraZeneca vaccine is 76% effective from day 22 to day 90 after the jab.

This means protection is not reduced in the three months between the first and second dose.

The report supports the government’s strategy that rolling out first doses – with a second dose after three months – is effective at reducing disease.

After the second dose, efficacy is 82.4% – if the interval between jabs is three months.

Professor Andrew Pollard, chief investigator of the Oxford Vaccine Trial and co-author of the paper, said: “These new data provide an important verification of the interim data that was used by more than 25 regulators including the MHRA and EMA to grant the vaccine emergency use authorisation.

“It also supports the policy recommendation made by the Joint Committee on Vaccination and Immunisation (JCVI) for a 12-week prime-boost interval, as they look for the optimal approach to roll out, and reassures us that people are protected from 22 days after a single dose of the vaccine.” 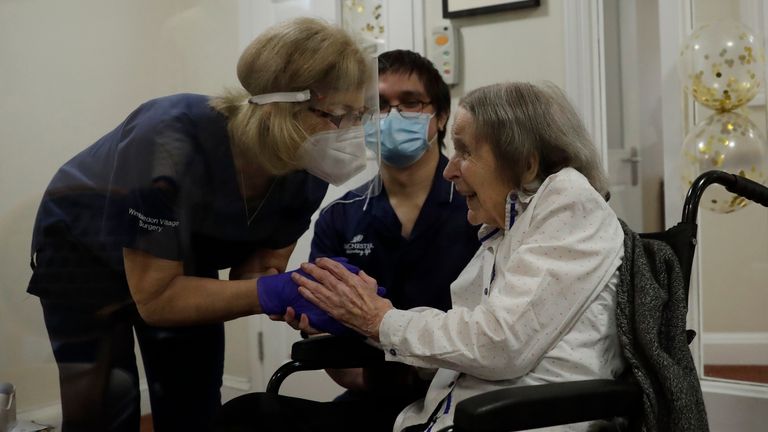 Vaccine offered to all care homes in England

The evidence for delaying the second dose of the vaccine has been thin, so new research on the Oxford jab is immensely reassuring.

The scientists who developed the vaccine at the Jenner Institute have analysed more data from the UK clinical trial, including a further 201 cases of COVID.

They say it shows that one dose of the vaccine prevented 76% of infections and there was no drop in protection over the following 90 days.

That’s significant because government vaccine advisers have recommended that the second dose can be delayed up to 12 weeks.

The long gap between doses also seems to boost the effectiveness of the vaccine.

If the interval was less than six weeks the vaccine was 55% effective. But that rises to 82% if the doses were spaced 12 or more weeks apart.

The third significant finding in the study – which has been submitted to The Lancet medical journal, but hasn’t yet been peer reviewed – is that the vaccine is likely to reduce transmission of the virus.

PCR tests showed there was a 67% reduction in positive swabs in those who had been vaccinated. In other words there were fewer people with asymptomatic infections that could pass the virus on.

Reducing transmission is essential for there to be any chance of herd immunity against the virus that causes COVID.

But while this is hugely encouraging data for the Oxford vaccine there is no firm evidence that any of the other vaccines remain just as effective with a delayed second dose.

Nevertheless it’s the kind of evidence that would have reassured independent scientists when the UK medical regulator, the MHRA, announced in December that the second dose of the vaccine would be delayed to speed up the rollout.

There had been concerns that it may leave people exposed to infection.

In normal times the scientists would have waited for copper-bottomed evidence from clinical trials before applying for a licence.

The pandemic, and the rapid spread of the Kent variant, meant the vaccine had to be rolled out before the evidence was complete.

And it seems to have paid off.