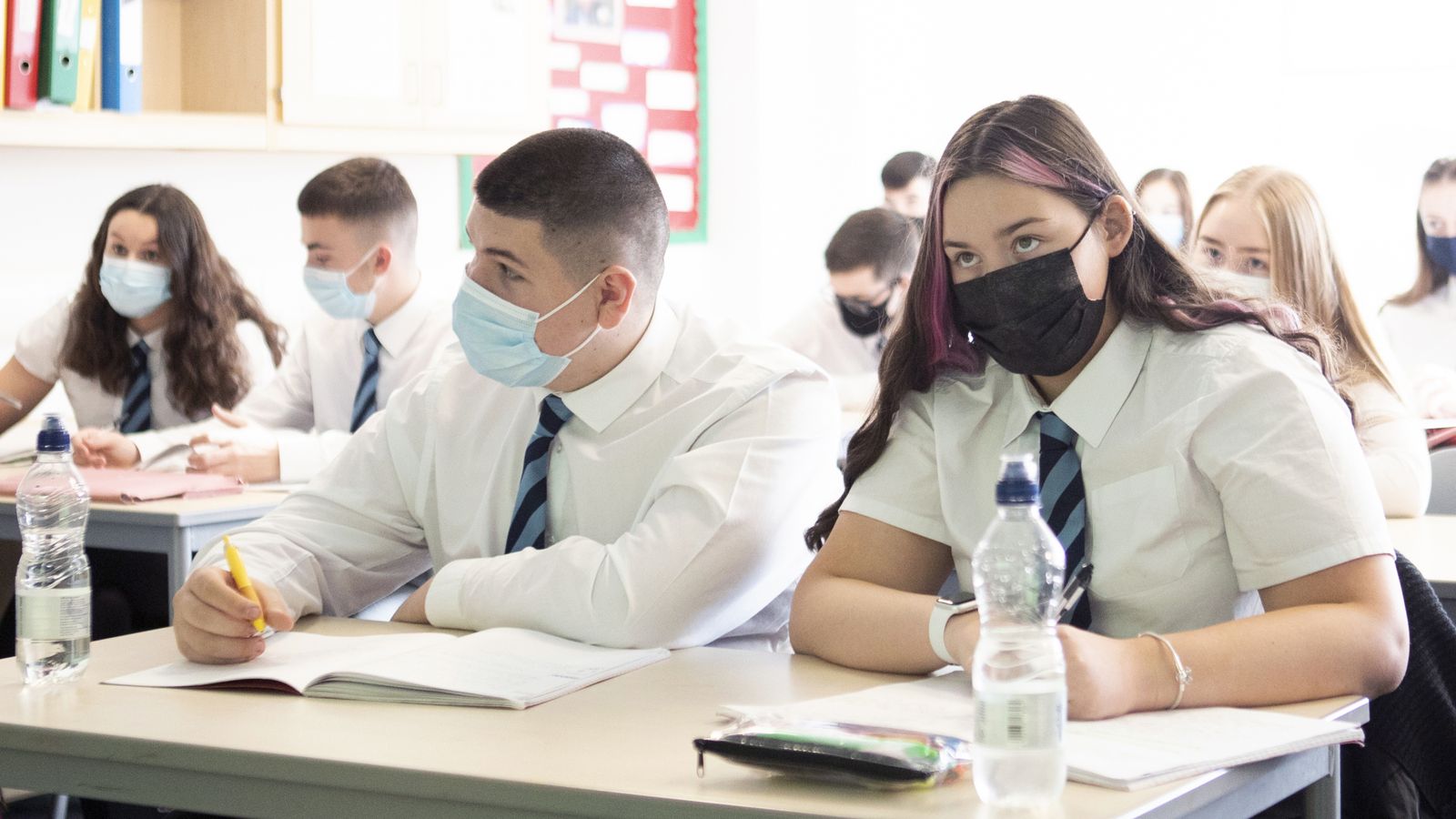 A phased return of pupils to classrooms in Scotland could begin from 22 February, the first minister has announced.

Nicola Sturgeon revealed the news as she confirmed the country’s COVID-19 lockdown restrictions would be extended until at least the end of February. 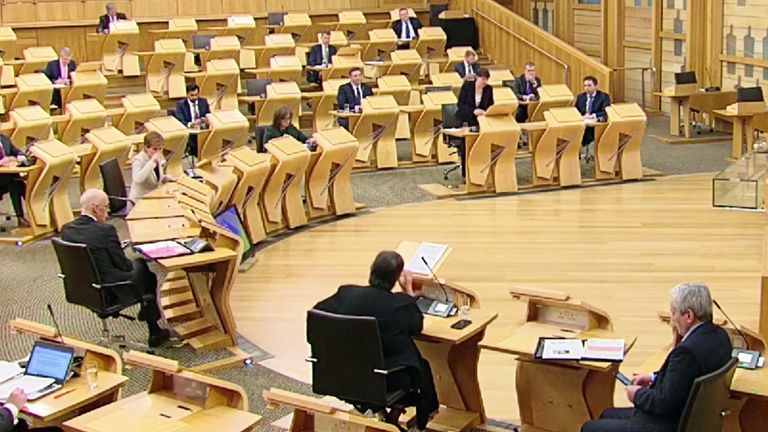 Sturgeon: Aim for school return to begin from 22 February

Ms Sturgeon said the measures were having an effect, noting that the prevalence of the virus has fallen in Scotland, but stressed “continued caution” was required with pressure on the NHS still “severe”.

She held out the prospect of a “careful and gradual” easing of restrictions from the start of next month, if progress continues to be made, adding she would update MSPs on a possible relaxation of measures in two weeks.

On schools, the first minister told the Scottish parliament the announcement of a phased return was “intended to give young people, parents and teachers as much notice as possible”.

But Ms Sturgeon stressed the decision was “subject to continued progress in suppressing the virus and will be subject to final confirmation in two weeks’ time”.

If the return does begin on the intended date, all children under school age in early learning and childcare would return.

Pupils in Primary 1 to Primary 3 would also go back to the classroom, along with those in the senior phase of secondary school.

Ms Sturgeon said older pupils would only be allowed back to make sure practical work important to their qualifications was finished, while only between 5% and 8% of any school’s roll should be permitted to return.

The intended return date is two weeks earlier than the date proposed by Prime Minister Boris Johnson for the reopening of schools in England.

Ms Sturgeon said the return of pupils would be supported by an expansion of testing, with older pupils and anyone working in schools or childcare settings routinely tested twice a week.

“We are determined to get our children back to normal schooling just as quickly as it is safe to do so. It is our overriding priority,” the first minister said. 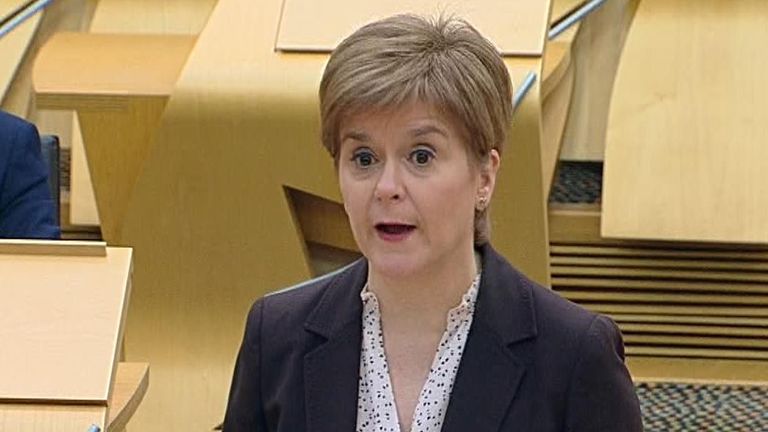 Ms Sturgeon also announced that a “managed quarantine” system will be introduced for all arrivals into Scotland, regardless of where travellers have come from.

This goes further than England’s system, which will see mandatory quarantine for arrivals from more than 30 “red list countries”.

“The firm view of the Scottish government is that in order to minimise the risk of new strains coming into the country, managed quarantine must be much more comprehensive,” Ms Sturgeon said.

“I can therefore confirm today that we intend to introduce a managed quarantine requirement for anyone who arrives directly into Scotland, regardless of which country they have come from.”

The first minister acknowledged she could not “unilaterally” impose such restrictions on people landing elsewhere in the UK and then travelling to Scotland.

But Ms Sturgeon expressed her hope that the UK’s other nations would work with the Scottish government to reduce the number of people doing this.

Christmas travel warning as road workers to strike at same time as rail walkouts
Giroud and Mbappe both break records as France reach World Cup quarters
Updated NFL Power Rankings: 1-32 poll, plus one stat where every team ranks first
‘It’s a dirty game’: Prince Harry says only he and Meghan know the ‘full truth’ in new trailer for docuseries
Former health secretary Matt Hancock will not stand at next election