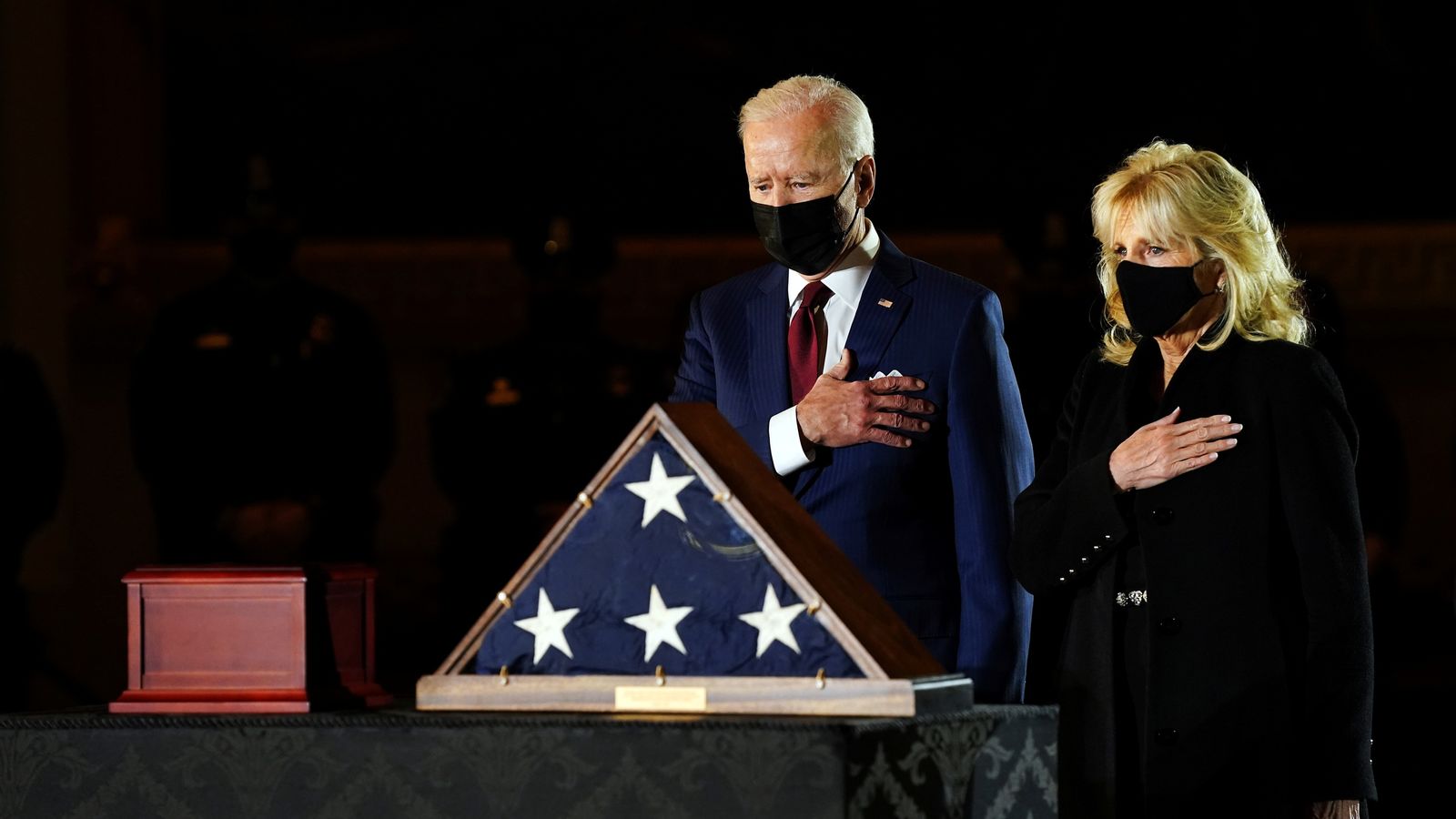 The remains of a police officer killed when supporters of Donald Trump stormed the US Capitol last month have been taken to the building’s historic rotunda to lie in honour.

Brian Sicknick was on duty when rioters, angry over US president Donald Trump’s election loss, stormed the building on 6 January, and was hit in the head with a fire extinguisher.

He died the following day in hospital.

An honour guard carried an urn with the cremated remains of the 42-year-old and a folded flag up the steps of the US Capitol.

A viewing period will be held overnight for members of the Capitol Police and on Wednesday morning, lawmakers will pay tribute before a ceremonial departure for Arlington National Cemetery, where he will be interred.

House Speaker Nancy Pelosi and Senate Majority Leader Chuck Schumer released a joint statement last week saying: “The heroism of Officer Sicknick and the Capitol Police force during the violent insurrection against our Capitol helped save lives, defend the temple of our democracy and ensure that the Congress was not diverted from our duty to the Constitution.

“His sacrifice reminds us every day of our obligation to our country and to the people we serve.”

More from Us Capitol Riots

Officer Sicknick, from South River, New Jersey, enlisted in the National Guard six months after graduating high school in 1997, deploying to Saudi Arabia and then Kyrgyzstan, and joined the US Capitol Police in 2008.

In their joint statement, Mrs Pelosi and Mr Schumer added: “On behalf of the House of Representatives and the Senate, it is our great privilege to pay tribute to Officer Sicknick with this lying-in-honour ceremony.

“May this ceremony and the knowledge that so many mourn with and pray for them be a comfort to Officer Sicknick’s family during this sad time.”

House Democrats impeached Mr Trump a week after the attack, sending a charge of “incitement of insurrection” to the Senate.

Republicans have made clear they will argue the hearing – due to start on 9 February – is unconstitutional because Mr Trump is no longer in office.

While eager to distance themselves from Mr Trump in the wake of the violent invasion of Congress, they have since eased up on their criticism in the face of anger by the former president’s loyal voter base.