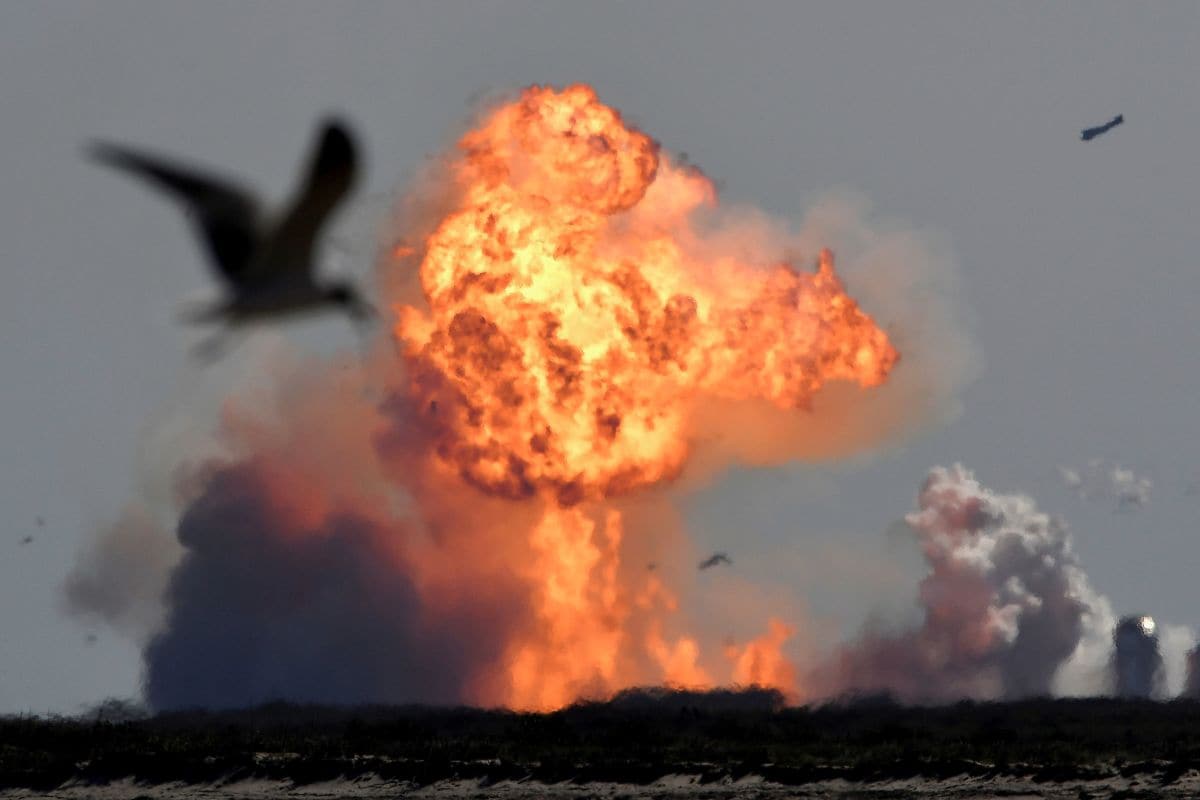 A prototype of SpaceX’s Starship rocket exploded during a landing attempt minutes after a high-altitude experimental launch from Boca Chica, Texas, on Tuesday, in a repeat of an accident that destroyed a previous test rocket.

The Starship SN9 that blew up on its final descent, like the SN8 before it, was a test model of the heavy-lift rocket being developed by billionaire entrepreneur Elon Musk’s private space company to carry humans and 100 tons of cargo on future missions to the moon and Mars.

The self-guided, 16-story-tall rocket initially soared into the clear, blue South Texas sky from its Gulf Coast launch pad on what appeared from SpaceX’s livestream coverage to be a flawless liftoff.

Reaching its peak altitude of about 10 km (6 miles), the spacecraft then hovered momentarily in midair, shut off its engines and executed a planned “belly-flop” manoeuvre to descend nose-down under aerodynamic control back toward Earth.

The trouble came when the Starship, after flipping its nose upward again to begin its landing sequence, tried to reactivate two of its three Raptor thrusters, but one failed to ignite. The rocket then fell rapidly to the ground, exploding in a roaring ball of flames, smoke and debris – 6 minutes and 26 seconds after launch.

The Starship SN8, the first prototype to fly in a high-altitude test launch, met a similar fate in December. No injuries occurred in either incident.

A SpaceX commentator for Tuesday’s launch webcast said the rocket’s flight to its test altitude, along with most of its subsonic re-entry, “looked very good and stable, like we saw last December.”

“We just have to work on that landing a little bit,” the commentator said, adding, “This is a test flight, the second time we’ve flown Starship in this configuration.”

There was no immediate comment from Musk, who also heads the electric carmaker Tesla Hours earlier, Musk said on Twitter he planned to stay off the social media platform “for a while.”

The Federal Aviation Administration (FAA) said it would oversee an investigation of Tuesday’s landing mishap, as it did following the previous explosion – an inquiry that revealed tensions between Musk and the agency.

SpaceX conducted December’s launch “without demonstrating” that public safety risks posed by “far-field blast overpressure” met the terms of its regulatory permit, according to the FAA. But the agency said “corrective actions” the company later took were approved by the FAA and incorporated into Tuesday’s launch.

“We anticipate taking no further enforcement action on the SN8 matter,” the agency’s statement said.

Last week, Musk tweeted that the FAA’s “space division has a fundamentally broken regulatory structure” and that “humanity will never get to Mars” under its rules.

The complete Starship rocket, which will stand 394-feet (120 metres) tall when mated with its super-heavy first-stage booster, is the company’s next-generation fully reusable launch vehicle – the centre of Musk’s ambitions to make human space travel more affordable and routine.

A first orbital Starship flight is planned for year’s end. Musk has said he intends to fly Japanese billionaire Yusaku Maezawa around the moon with the Starship in 2023.