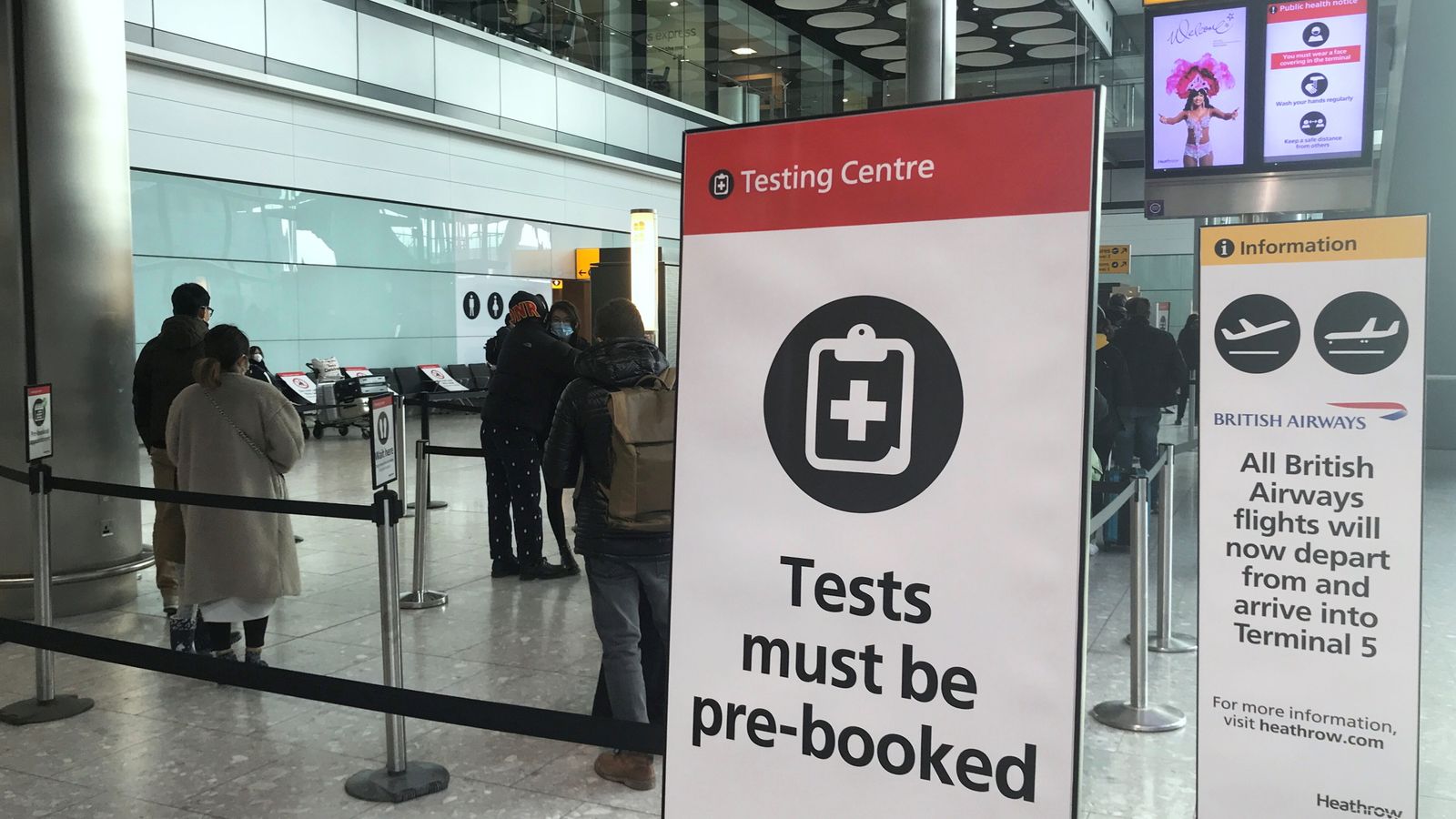 No date has been set for when quarantine hotels will be made mandatory in England, but the health secretary promised “strong” action at the border to protect against new coronavirus variants.

Matt Hancock could not say when the government-provided accommodation for residents and nationals arriving from 30 countries will open, after the ambition was announced last week.

Pressed on the issue multiple times by Sky News, he said, “that will be set out shortly” and that he was “working on these proposals” – but declined to give a date.

Ministers are under pressure following the revelation that their scientific advisers warned on 21 January that only mandatory hotel quarantine for all travellers arriving in the UK could come close to preventing the import of new strains.

Meanwhile, people in at least eight postcodes are being told to stay at home unless absolutely necessary after the South African variant was found in the areas with no travel links – seemingly passed on through community transmission.

Mr Hancock said a “mutation of concern” was also discovered in Bristol and Liverpool and that it was “absolutely critical” that “we stamp on it”, adding: “It requires a team effort from all of us.”

He denied the government was moving too slowly on toughening quarantine measures, adding he was “looking always to strengthen protections further”.

Welcoming a new report on the Oxford/AstraZeneca vaccine, he said it was “very good news” the jab has been shown to reduce hospitalisations and cut the number of people who have COVID-19.

He suggested the success of the rollout could mean summer holidays are on the cards, saying “I very much hope” they will be able to go ahead.