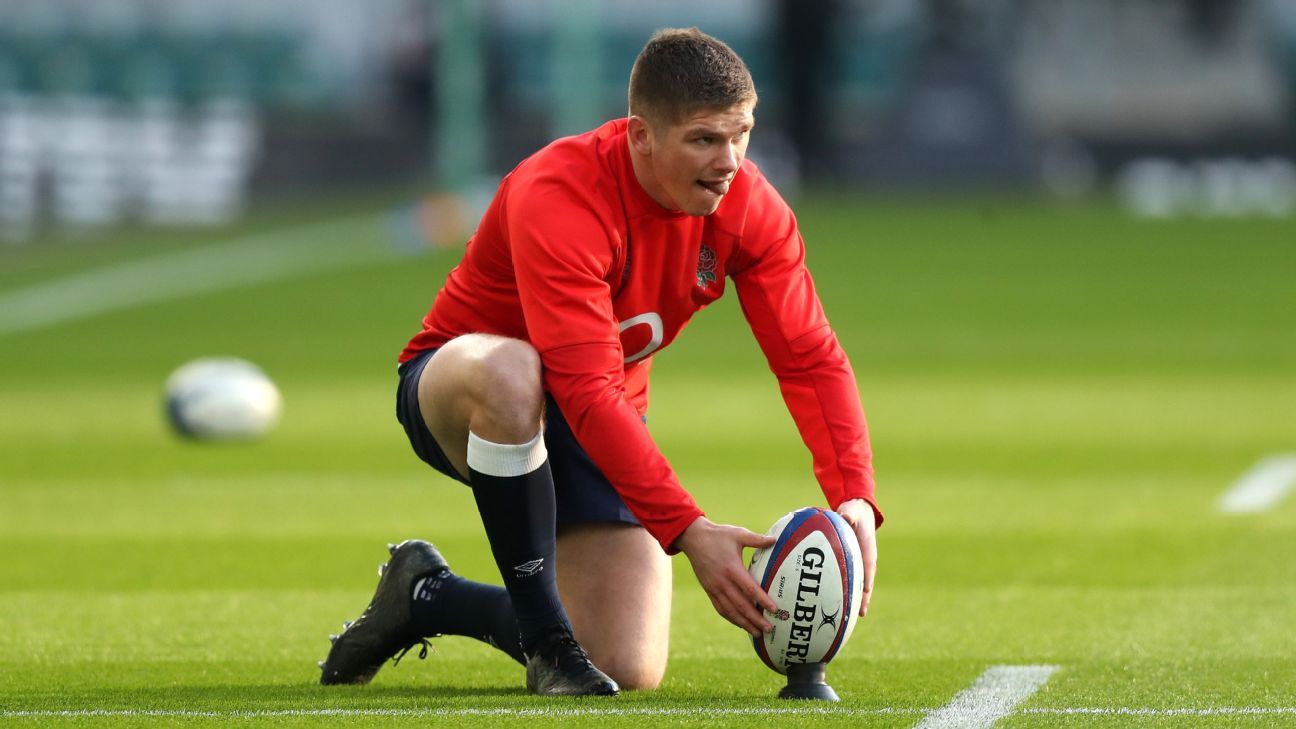 Owen Farrell is back at fly-half for England while Mark Wilson returns to the starting line-up for their opening match of the 2021 Six Nations against Scotland at Twickenham on Saturday.

Farrell played at inside centre for the last two matches of the Autumn Nations Cup, but the England captain reverts to fly-half for Saturday’s match with Ollie Lawrence at No.12 and Henry Slade at outside centre.

With England’s pack depleted by injuries to Mako Vunipola, Sam Underhill and Joe Launchbury, and Kyle Sinckler suspended, the pack is much-changed from their last Test against France in December.

Wilson starts at blindside in what will be his first international since March, with Ellis Genge, Jamie George and Will Stuart forming England’s front-row.

Maro Itoje and Jonny Hill are the locks with Tom Curry and Billy Vunipola joining Wilson in the back-row.

Ben Youngs partners Farrell at half-back with Lawrence and Slade as the centres.

Elliot Daly is retained at full-back with Anthony Watson and Jonny May on the wings. Beno Obano could make his debut from the bench.

“We’re really looking forward to this game and getting the Guinness Six Nations back underway,” Jones said. “It’s even more special to be taking part in a 150th anniversary game, it will be a good occasion.

“It was difficult to pick the 23 players. We’ve had a really good week of training, it’s been very competitive but I’ve gone with what I feel is the strongest 23 for this week.

“The Six Nations is a short tournament, it’s a real sprint so we’ll need to be on the front foot straight away. We know Scotland will be raring to go — but so will we.”

NIU launches a $100 scaled-down version of its electric scooter for kids
One of UK’s most wanted arrested in Morocco over Essex drive-by shooting
Three emergency workers fired over inadequate care given to Tyre Nichols
GM’s latest look at the Equinox EV has us guessing on range, battery, and price
Netanyahu vows to ‘strengthen’ West Bank settlements after shooting attacks