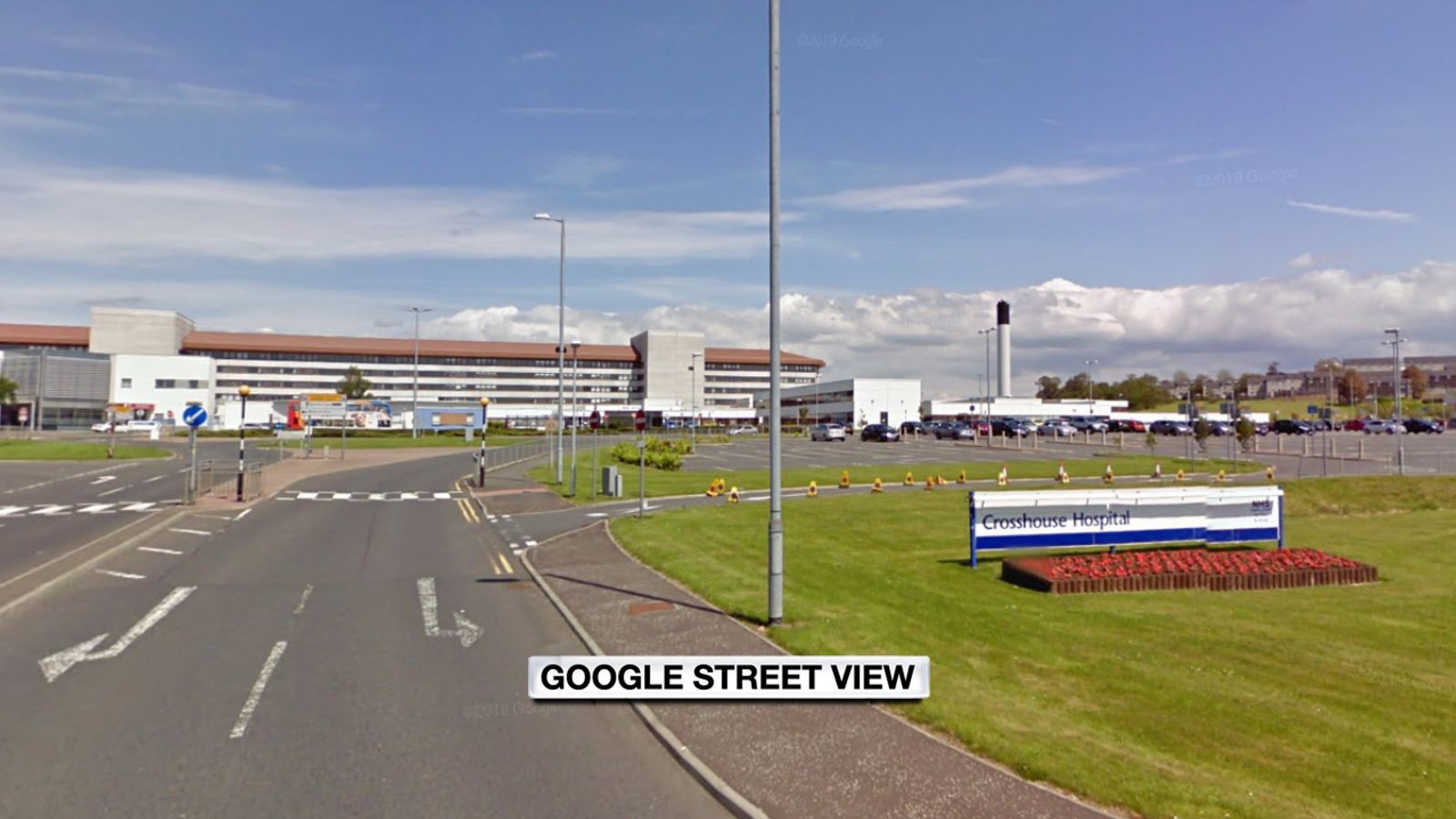 A hospital was under lockdown for three hours in Kilmarnock as police dealt with a “serious incident” at the site and two more “potentially linked” events nearby.

Police Scotland said one of the incidents was at Crosshouse Hospital, while a second happened on Portland Street in nearby Kilmarnock and a third on the A76.

“The first occurred around 7.45pm outside Crosshouse Hospital, the second around 20 minutes later on Portland Street, and the third, a serious road crash, on the A76, around 8.30pm.

“Enquiries into these incidents are at an early stage and these areas have been cordoned off at this time. There is no cause for concern for the wider community.”

Police Scotland has confirmed the incidents are not being treated as terror related.

An earlier statement said that the incidents at the hospital and on Portland Street were being treated as “serious” and asked the public to avoid the areas.

The hospital was placed into lock down, but this was later lifted.

“Police Scotland have confirmed the risk to patients, staff and visitors to the hospital is minimal, and so this lockdown has been lifted.

“There remains a large police presence on the grounds of the hospital.

“We would like to reassure anyone coming to the hospital, in particular to any patients or staff coming on shift, that Police Scotland have confirmed it is safe to do so.

“However, if you are worried, please speak to the onsite Police Scotland officers.

“As this is a Police Scotland incident, we are unable to comment any further at this time.”

Enquiries into these incidents are at an early stage and these areas have been cordoned off at this time. There is no cause for concern for the wider community.

Gaming’s Oscars night is upon us – here are our picks for the top awards
Los Angeles bans new oil wells, will shut old ones down by 2042
UK unveils next-generation fighter to be built with Italy and Japan
Morgan Stanley cuts iPhone shipment estimate by another 3 million units
Era of cheap supermarket fuel has ‘gone’ as chains battle rising costs