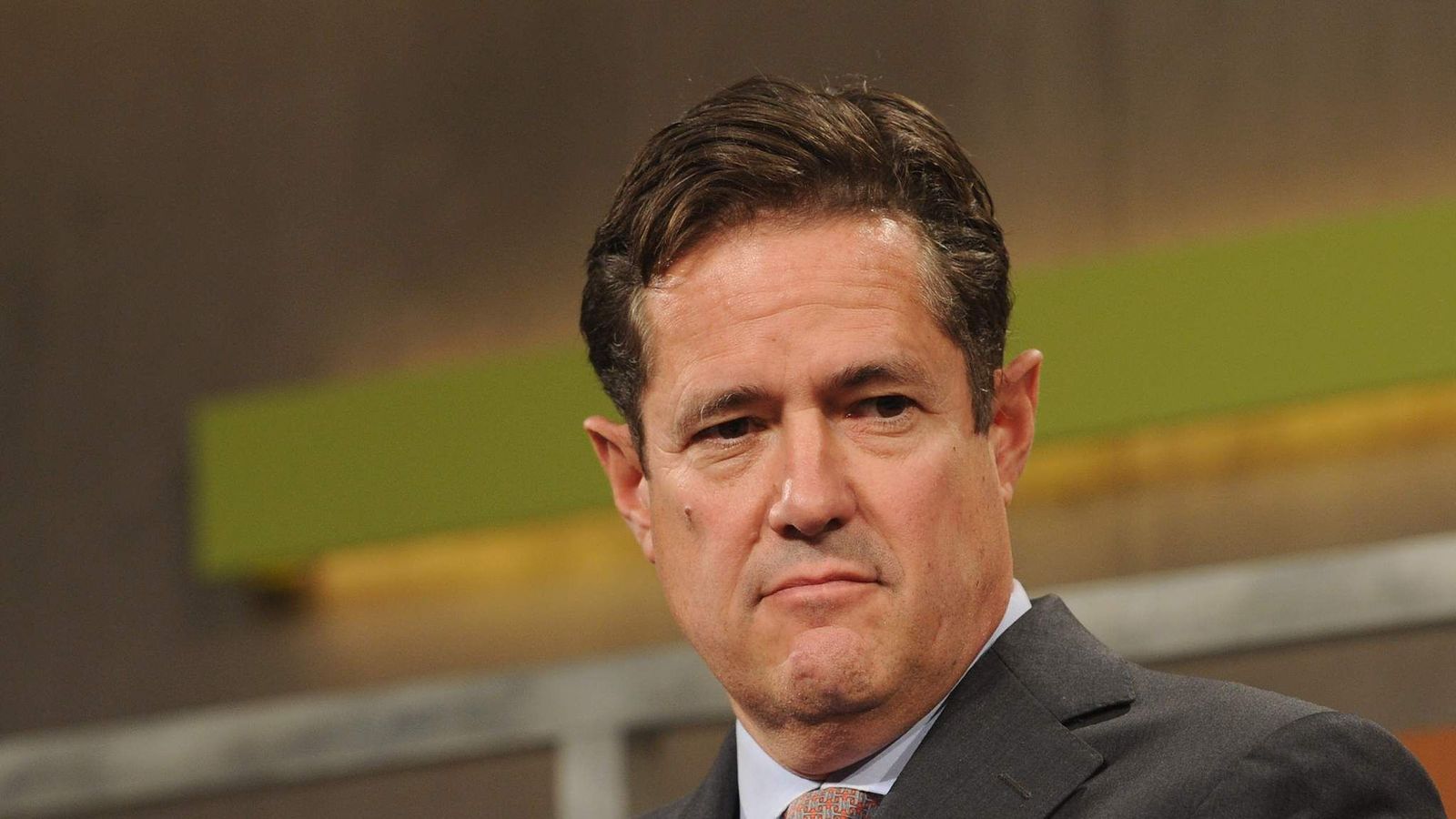 Britain’s biggest banks will finalise plans for annual bonus payouts in the coming days, ahead of a results season that will lay bare billions of pounds of anticipated loan losses arising from the coronavirus pandemic.

Sky News has learnt that the state-backed lender NatWest Group has informed the Treasury that it wants to hand out more than £200m in staff bonuses for 2020 – its smallest pool since the bailout of Royal Bank of Scotland more than 12 years ago.

NatWest’s bonus pot for last year will be roughly a third lower than that of the £304m it awarded for 2019, according to people who have seen the proposals.

It will also maintain a £2000 cap on cash handouts which has been in place since the financial crisis, they added.

City sources said this weekend that Barclays was finalising plans to award Jes Staley, its chief executive, an annual bonus worth hundreds of thousands of pounds.

The details of Mr Staley’s payout will be ratified by Barclays’ remuneration committee next week, but one adviser said he was likely to be awarded between £500,000 and £800,000 on top of his £2.3m in annual fixed pay.

His bonus, which will be deferred and paid in shares, will equate to less than half of the roughly-£2m maximum that can be awarded under Barclays’ boardroom pay policy, the adviser said.

Barclays will be the first of the major UK banks to report results for 2020 when it kicks off the reporting season on February 18th.

HSBC Holdings also intends to hand Noel Quinn, its group chief executive, an annual bonus for 2020, according to people close to the bank.

At the start of the pandemic, Mr Quinn waived the 50% portion of his bonus entitlement that was payable in cash.

HSBC’s overall bonus pool will be substantially lower than 2019’s, the people added.

Only Lloyds Banking Group, the UK’s biggest high street lender, will refrain from paying bonuses after announcing in December that it was cancelling them because of the impact of the coronavirus crisis on its financial performance.

The pay round to be disclosed alongside UK banks’ annual results later this month threatens to be the most contentious for several years, given the backdrop of the pandemic and rising unemployment across the economy.

In December, the Prudential Regulation Authority urged lenders to use “a high degree of caution and prudence” when determining proposals for cash bonuses, even as it allowed a limited resumption of dividend payments.

Last year, the UK’s biggest banks cancelled dividends worth a total of more than £7bn amid pressure from the Bank of England.

By paying bonus pools which are significantly lower than the previous year’s, the major high street banks are confident of heading off criticism of the payments, according to industry executives.

Most of the sector’s biggest players, including Standard Chartered and TSB, announced in the early stages of the pandemic that top executives would forfeit some parts of their remuneration.

In NatWest’s case, Ms Rose said she would surrender 25% of her fixed pay and that she did not want to be considered for a variable pay award for last year.

At Barclays, some shareholders have expressed private support for the bank’s decision to award Mr Staley a bonus for last year, arguing that the bank’s results will provide a vindication of his strategy.

Since 2018, the Barclays board has been under pressure from the activist investor Edward Bramson to scale back parts of its investment bank, resulting in a protracted stand-off between them.

Mr Staley also faces the unresolved challenge of an ongoing Financial Conduct Authority investigation into his characterisation of his relationship with Jeffrey Epstein, the disgraced late financier.

One source contrasted Mr Staley’s expected bonus with those awarded this year to US bank chief executives such as Jamie Dimon, the head of JP Morgan Chase, who was paid $31.5m for 2020.

Barclays, HSBC and NatWest all declined to comment this weekend.

Brittney Griner freed in prisoner swap with Russian ‘Merchant of Death’ arms dealer
Number of landlords selling up rises by nearly 13% in four months
Millions flock to mark death of TikTok ‘bones, no bones’ star – Noodle the dog
Today’s Netflix release will be very hard for Harry and Meghan’s old team to watch – and this is why
Onshore windfarm ban to be lifted in government U-turn