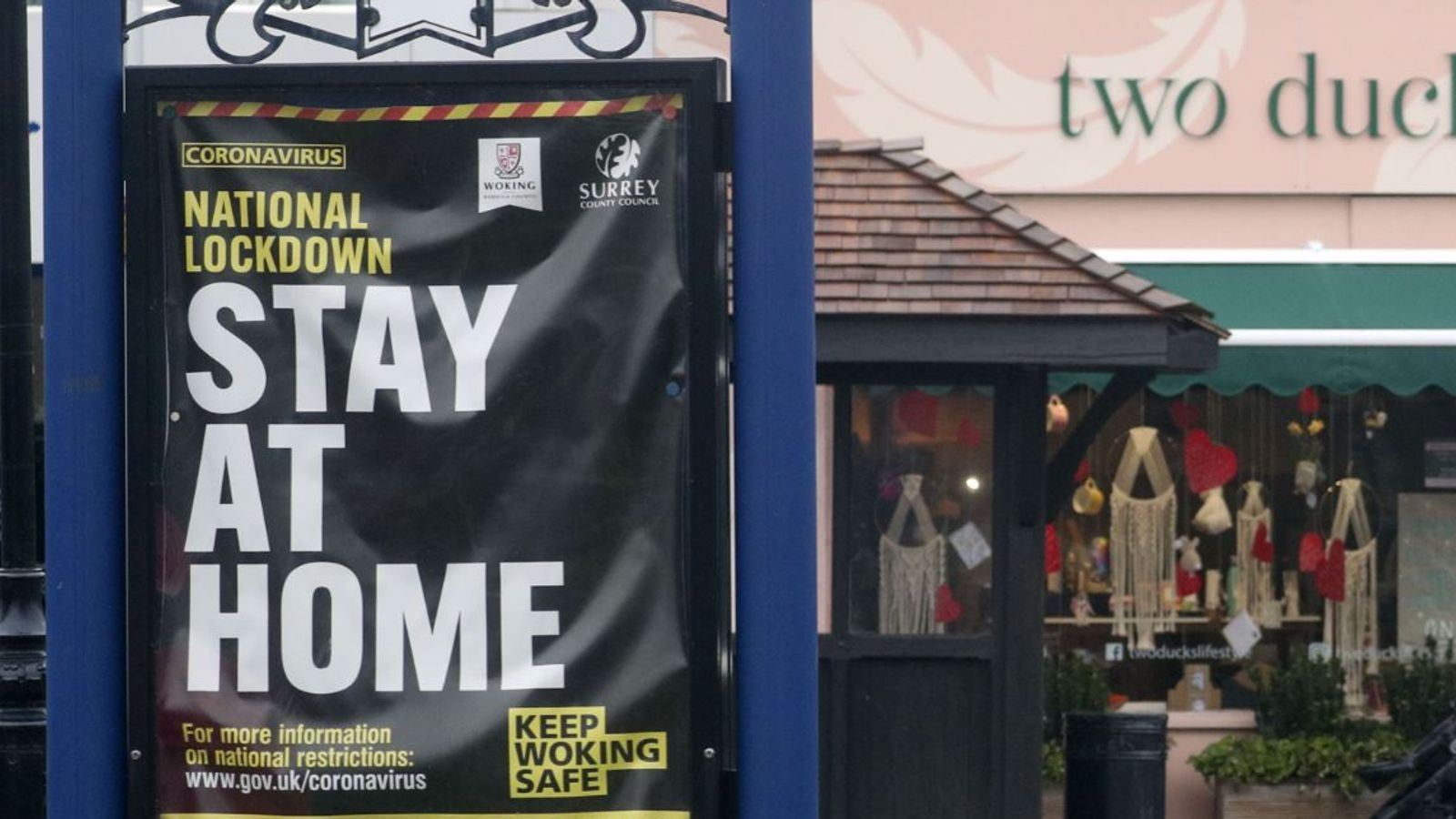 Boris Johnson says it is still too early to talk about ending coronavirus restrictions, with news reports suggesting pubs might be able to reopen by May.

Downing Street has confirmed that it aims to vaccinate those aged over 50 and those aged 16 to 65 who have certain health conditions by May.

And some MPs have said there would be little reason to keep restrictions once those in the nine priority groups have been vaccinated.

A quick update from me on where we are. Some encouraging progress this week, but we’re not there yet. This weekend please stay at home to protect the NHS and save lives. pic.twitter.com/oyOwwfyadB

But the prime minister said on Friday evening that it was “still early days” and people should continue to follow the lockdown rules.

He said: “I want to stress that it is still early days and we have rates of infection in this country (that are) still very, very high and (we have) more people – almost twice as many people – in our hospitals with COVID now than there were back at the peak in April.”

He also promised to announce a “steady programme for beginning to unlock” in just over two weeks’ time.

Meanwhile, there is speculation about when pubs could reopen, with The Sun saying they could be allowed to serve takeaway pints in April before fully reopening in May.

The Telegraph said the possibility of dry pubs was being considered to allow reopening in April, an idea that was denied by a senior government source.

They told the PA news agency: “We are not going to open pubs that can’t sell booze. What would be the point of that?”

Another issue on the horizon is the possibility of vaccine passports to allow those who have been vaccinated to travel overseas as early as this summer.

Some countries have already said they will allow more freedom for those travellers who can prove they have received the jab and Foreign Office minister James Cleverly said the government would “help facilitate” coronavirus immunity passports if they are required by destinations abroad.

The prime minister’s office and Health Secretary Matt Hancock, however, have said vaccine passports are not currently under consideration, although Mr Hancock said they would be kept “under review”.

It comes as figures show that almost 11 million people have received their first vaccine dose.

Another 1,014 people died after testing positive for the virus, compared to 1,245 last Friday.