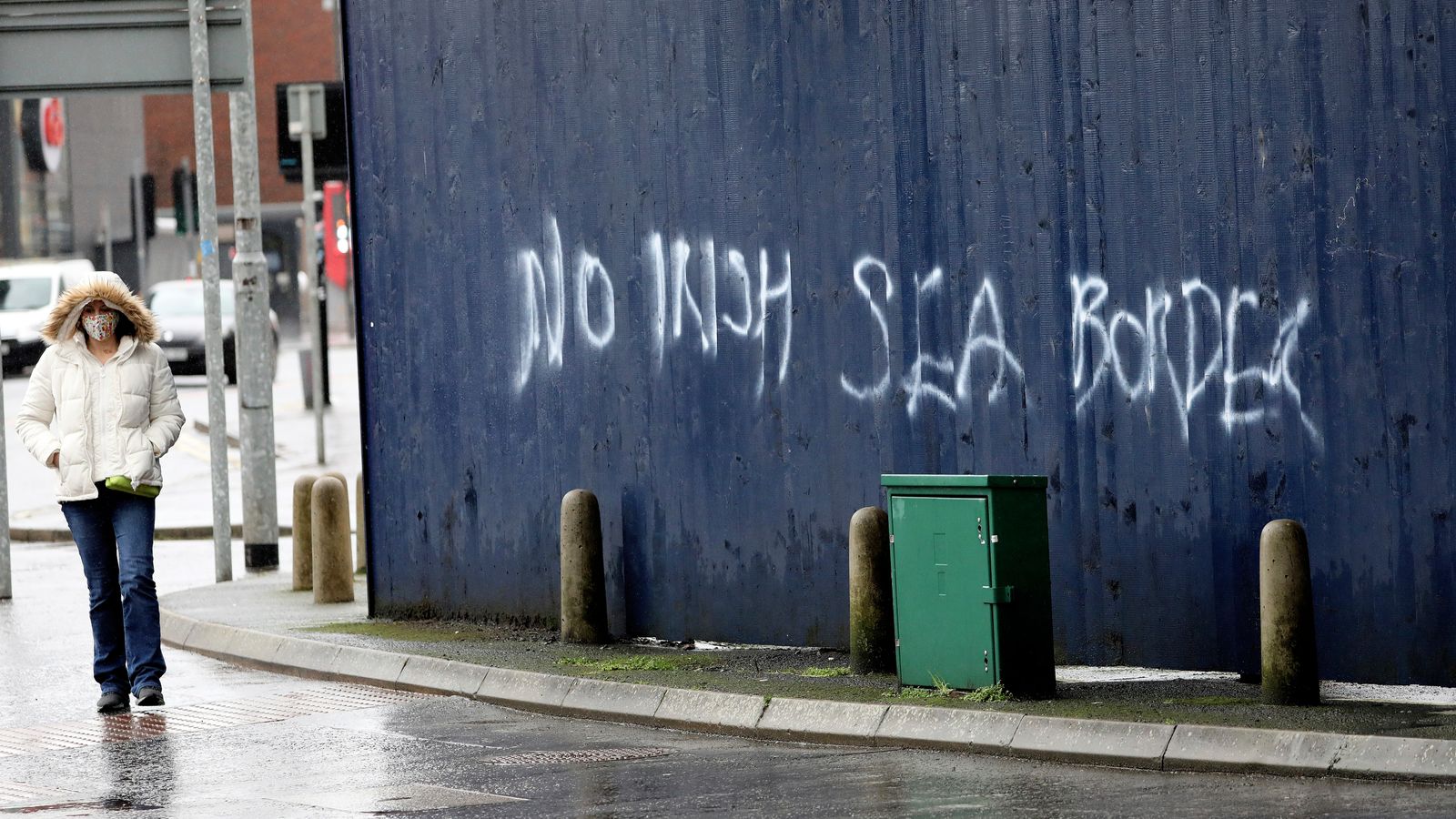 The volume of exports going through British ports to the EU fell by 68% last month compared with January last year, according to research.

The Road Haulage Association’s chief executive Richard Burnett told The Observer that the organisation had also found 65-75% of vehicles arriving from the EU were returning to the bloc empty.

This was due to a lack of goods, delays in the UK, and because British companies had stopped exporting to the continent.

Mr Burnett said it was “deeply frustrating and annoying that ministers have chosen not to listen to the industry and experts” who have consistently called for more government consultation.

He also said he had received no response from cabinet minister Michael Gove, despite his association’s pleas for help.

“Michael Gove is the master of extracting information from you and giving nothing back,” he said.

“He responds on WhatsApp and says he got the letter but no written response comes.

“Pretty much every time we have written over the last six months he has not responded in writing. He tends to get officials to start working on things.

“But the responses are a complete waste of time because they don’t listen to what the issues were that we raised in the first place.”

The RHA has said the number of customs agents must be increased to help businesses with extra paperwork.

The current number of around 10,000 is only about a fifth of what the RHA has said is necessary.

The RHA also warned more than two weeks ago that a 12-month grace period and urgent financial aid were needed to fix problems with the post-Brexit trade border in the Irish Sea.

The government had offered only six months, meaning the full list of checks on imports is suspended until July.

And last week, former Tory chancellor Lord Lamont warned post-Brexit red tape had meant that, for most businesses, trading between Britain and Northern Ireland was uneconomic.

The UK government insisted “goods are flowing effectively” between Britain and Northern Ireland.

To avoid a land border between north and south, the UK and EU agreed to one in the sea, between Northern Ireland and Great Britain.

Northern Ireland retains access to the GB market, but is the only part of the UK to remain in the EU’s single market for goods.

Sunak urged to ‘come clean’ over what he knew about Zahawi tax scandal
Westminster’s ‘nepo babies’ are here to stay – whether we like it or not | Adam Boulton
Nissan unveils convertible EV concept, a category it should’ve been producing a decade ago
UK economy to fare worse than any country in developed world, including Russia, this year – IMF
‘He wants world dominance’: Pompeo reveals who he thinks is more dangerous than Putin