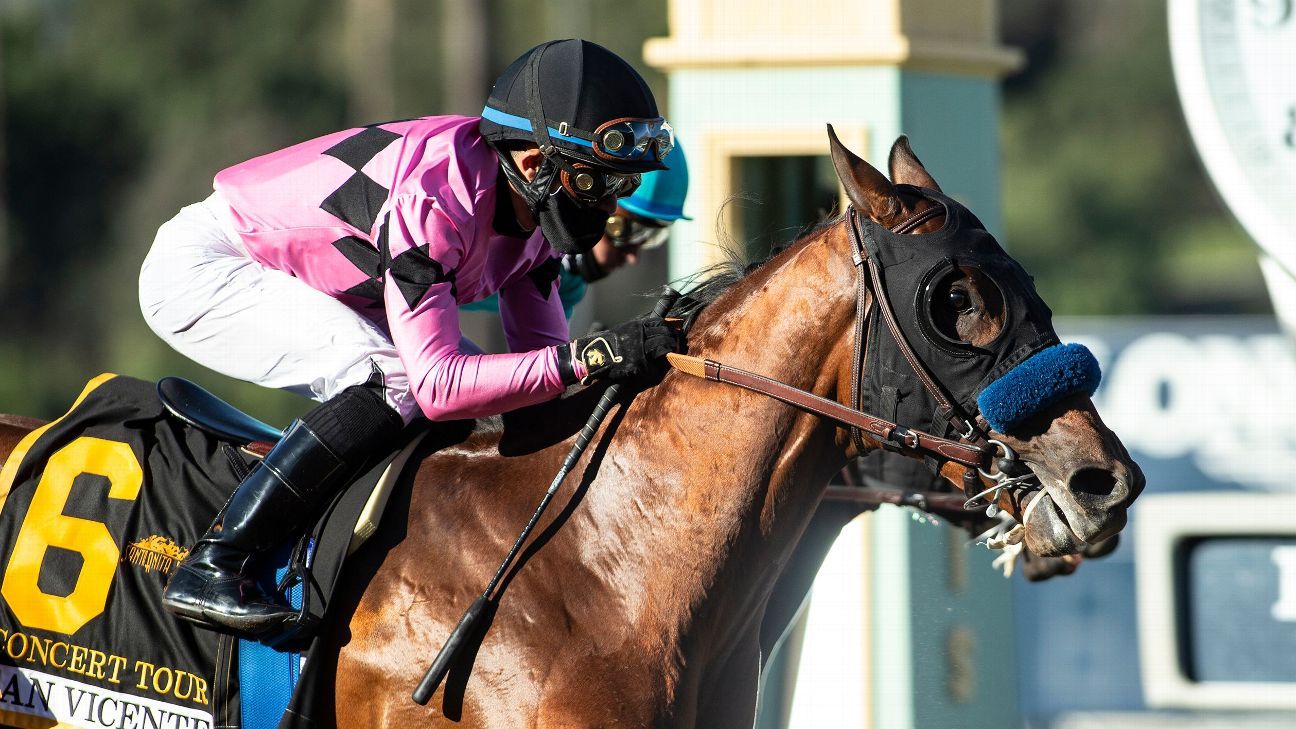 Concert Tour and Freedom Fighter raced as a team over the final quarter of a mile before Concert Tour edged in front. Baffert earned his record 11th win in the Grade 2 race.

Freedom Fighter had been idle since Aug. 1, when he won his first race.

“Freedom Fighter just broke like a rocket ship. He’s really fast and been doing really well,” Baffert said. “I thought they were going to get into a speed duel. It was a good race for both of them.”

Last weekend, Medina Spirit led all the way and fought off two challengers late to win the $100,000 Robert Lewis Stakes by a neck for Baffert in another Kentucky Derby prep at Santa Anita.

Russia tightens LGBTQ+ law in clampdown on beleaguered community
The three minutes in Dublin that sums up the Wallabies’ 2022 season
Shell to review £25bn investment in UK projects after windfall tax extended
‘We cannot let Faye’s life end here’: The campaign to save a young star fighting a rare brain tumour
New rules for energy companies after billions spent on collapse of suppliers