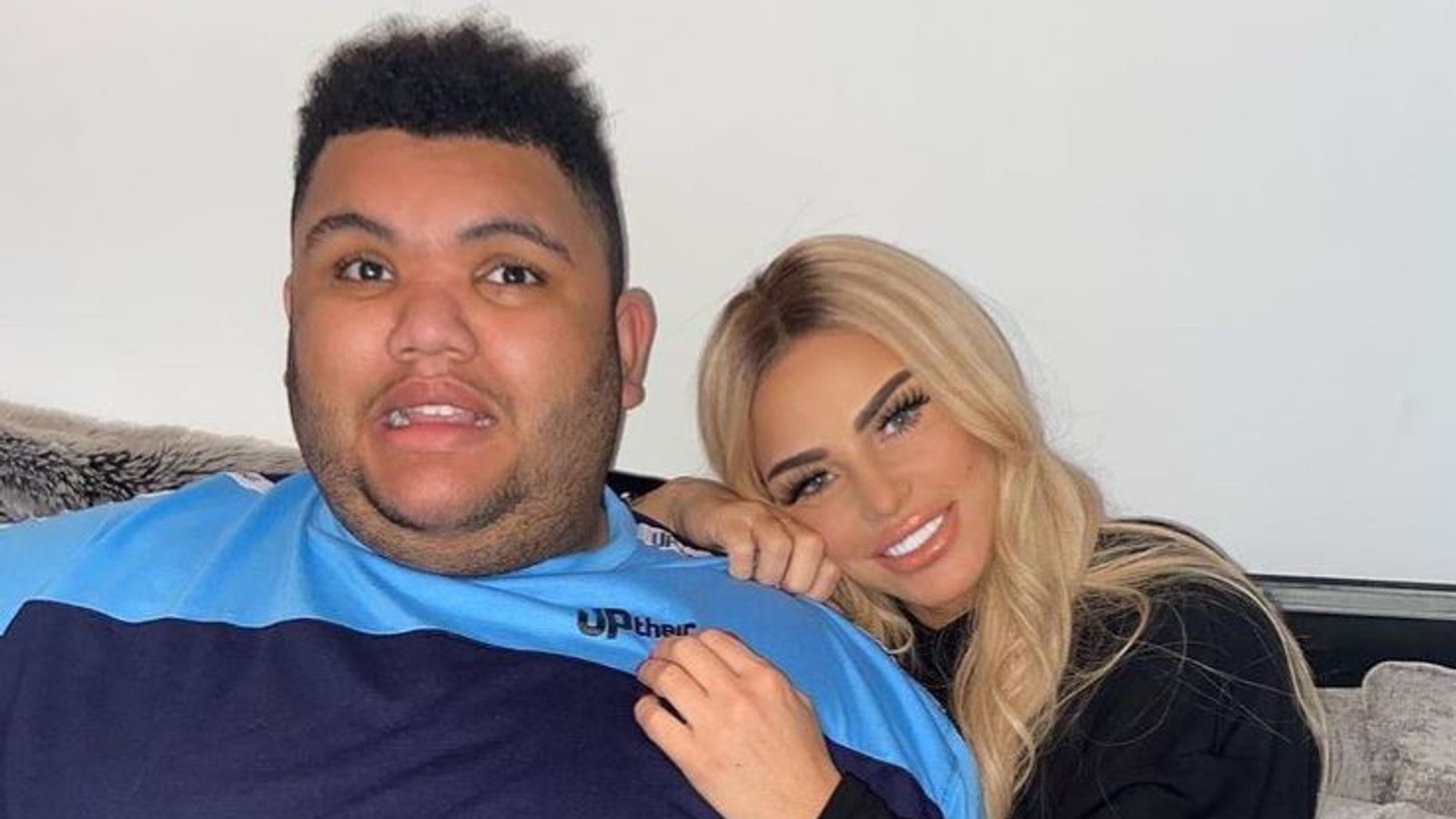 Katie Price’s son Harvey has returned home after being rushed to hospital shortly after receiving his COVID-19 vaccination.

The teenager – who suffers from Prader-Willi syndrome – had been suffering with a high temperature and shaking following his jab on Friday.

Harvey, 18, received the Oxford/AstraZeneca jab as his rare genetic condition means he falls within a priority group for the clinically vulnerable.

So far, more than 12 million people have been inoculated with a first dose of the vaccine.

It was reported that Harvey was taken to hospital on Saturda, experiencing shaking and a high temperature.

Price, 42, shared the news that her eldest son was “safe and well” in an Instagram story, shot beside Harvey on the sofa.

She told her 2.4 million followers: “Harvey obviously is home and he’s safe and he’s on form today.

“Because of Harvey’s complex needs and the complex medication that he’s on, he had his COVID-19 [jab], the Oxford one, and just had a vaccination and his reaction was a really high temperature – 39.9C.

“And obviously, with Harvey, I have to really keep an eye on it and I couldn’t get his temperature down.

“So, I phoned Great Ormond Street and they told me to go to the nearest A&E. That’s what we did. Did all your bloods, you had an X-ray, bloods, ECG, everything.

“Everything was fine; they just said it was a reaction from [the vaccination] but today he’s actually on form.”

Price said proof Harvey was definitely feeling better was that he’d woken up at 4am demanding chicken kiev and chips.

Price also said the doctors and nurses had been “fantastic”.

She added: “I can’t wait to still have my COVID-19 injection and I still recommend everyone else have it. Harvey is safe and well.”

A documentary about Price’s experiences of raising Harvey, titled Harvey And Me, aired in January highlighting the complex needs of bringing up a child with special needs.

As well as suffering from a genetic disorder Harvey – whose father is retired footballer Dwight Yorke – also suffer from partial blindness, autism and learning and behavioural difficulties.

Earlier this month, Price said she too was now registered as disabled after breaking both her feet in a fall during a holiday in Turkey.