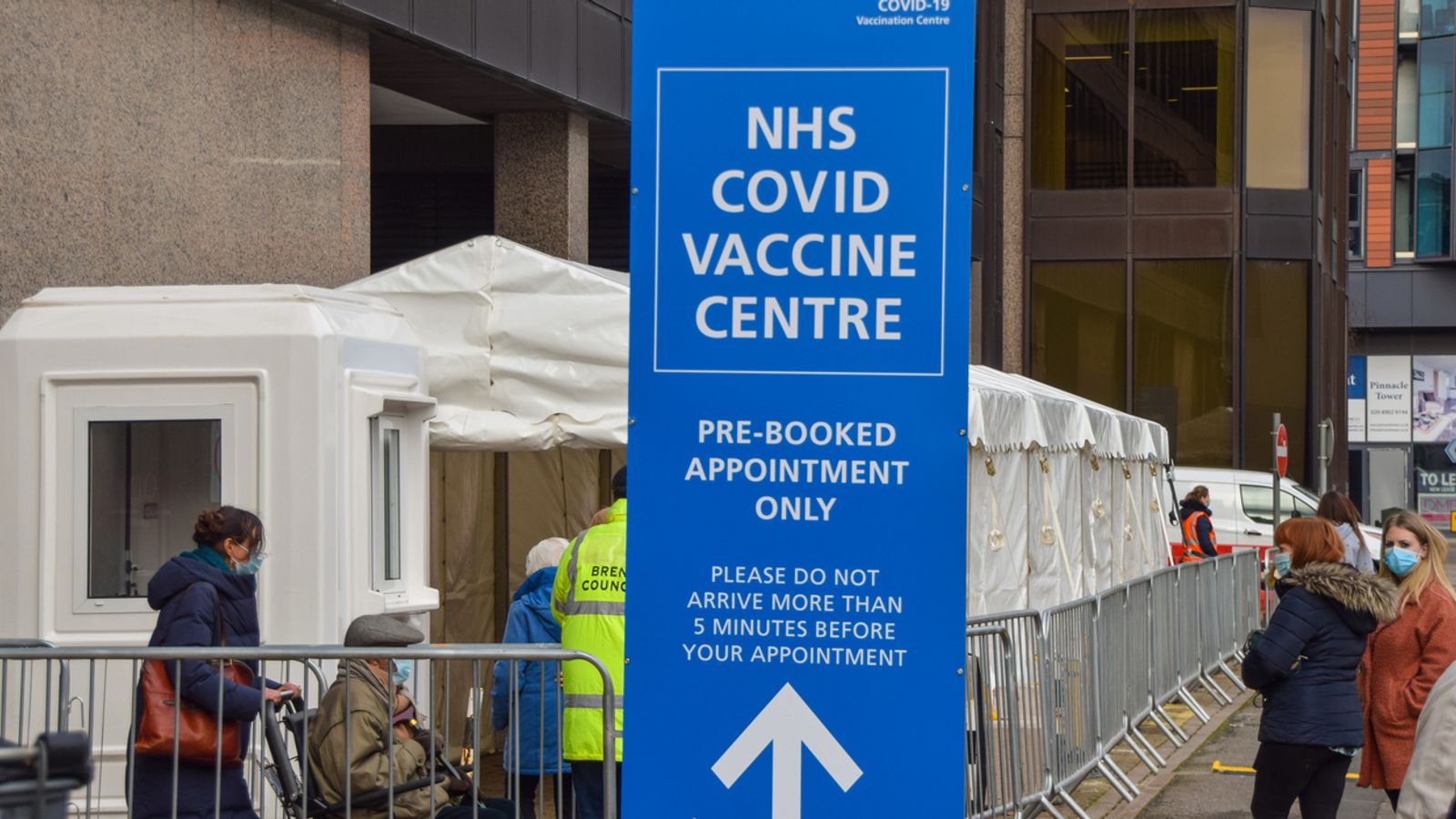 The vaccines minister has told Sky News he is “confident” the UK will hit its “tough target” of offering everybody over 50 a coronavirus jab by May.

Speaking to Sophy Ridge on Sunday, Nadhim Zahawi said that at one point on Saturday, the UK was administering COVID-19 jabs at a rate of almost 1,000 per minute.

Latest figures show more than 11.4 million people in the UK have received the first dose of a coronavirus vaccine.

The pace of the vaccine rollout indicates the UK is on track to meet its target of offering a jab to everyone in the top four priority groups – around 15 million people – by the middle of this month.

It was revealed this week that the government wants to offer a vaccine to those aged over 50 and those aged 16 to 65 who have certain health conditions by the end of April.

Asked about these targets, Mr Zahawi said: “I’m confident we’ll meet our mid-February target of the top four cohorts, I’m also confident, because I have enough line of sight of deliveries that are coming through, that we will also meet the one to nine cohorts by May.

“It’s a tough target by the way, many many people who are clinically extremely vulnerable have to be reached by GPs, some can’t travel.”

The vaccines minister added that the UK was beginning to store second doses, in preparation to provide both first and second inoculations next month.

Mr Zahawi also said that the UK was not looking at introducing vaccine passports, describing such a move as “discriminatory”.

He continued: “I think the right thing to do is make sure people come forward and be vaccinated because they want to rather than it being made in some way mandatory through a passport.”

Mr Zahawi added that if, at some point in the future, other countries required people to provide proof that they have received a jab, people could ask their GP to give them evidence.

“If other countries require some form of proof then you can ask your GP – your GP will hold the record – and that will then be able to be used as your proof that you’ve had the vaccine,” he said.

“We’re not planning to have a passport in the UK.”

He would not be drawn on how long lockdown restrictions could last for, only saying that Prime Minister Boris Johnson will set out a roadmap for the easing of measures on 22 February.

Mr Zahawi said the hope was that schools can begin reopening from 8 March, with the UK “gradually reopening the whole of our economy” after that.

He added: “We have to be mindful we want to make it based on the evidence of the vaccine efficacy and the impact on transmission, hospitalisation and death. It’s a race against death.”