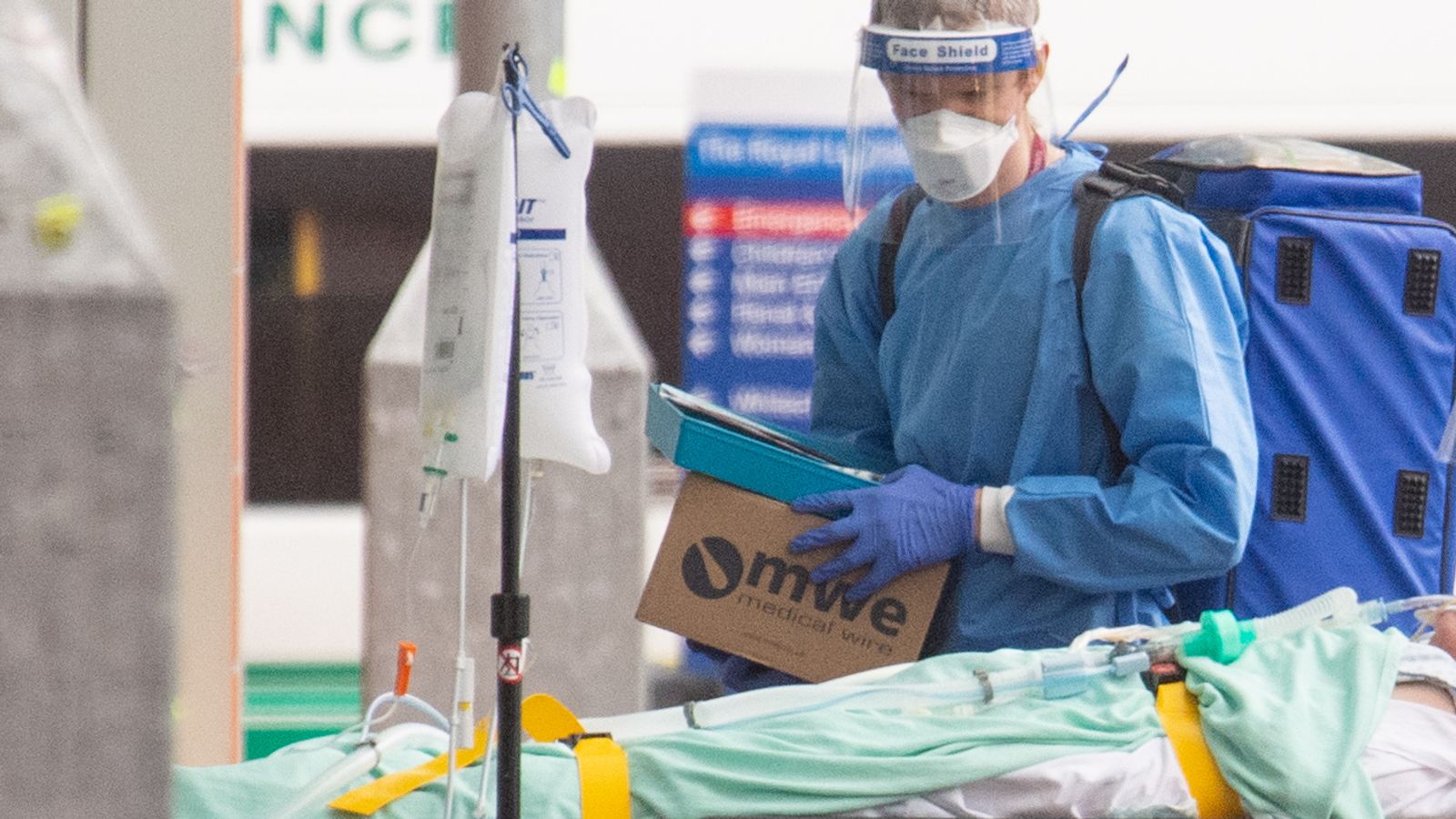 Labour has told the government to “crack down on the cronyism” as it claims almost £2bn in COVID contracts have gone to “friends and donors” of the Conservative Party.

The Labour Party’s analysis of government procurement data during the coronavirus crisis found that more than £1.9bn in government contracts has been directly awarded to companies that have links to the Conservative Party.

The amount of money spent on contracts awarded to companies that have connections to the Tories has almost doubled since the first wave of COVID infections last year, Labour claims.

This is despite what Labour described as “stark warnings” by the National Audit Office in November, which found companies recommended by MPs, peers and advisers were given priority to win government contracts as ministers scrambled to respond to the coronavirus outbreak.

Labour has calculated the total cost of contracts that have gone to companies with Tory links could have provided free school meals for more than three years to every one of the 1.4 million pupils who are eligible.

Rachel Reeves, the shadow Chancellor of the Duchy of Lancaster, told Sky News: “I think all of us would have seen, during this pandemic, contracts awarded to companies without any tender process at all.

“They have too often gone to friends and donors of the Conservative Party.”

She highlighted how a multi-million pound contract for COVID testing kits was handed to a company which employs Tory MP and former minister Owen Paterson as a consultant for almost £100,000 per year.

“Things like that just don’t sit comfortably with me,” she said.

“There are lots of British businesses who have got experience in textiles and manufacturing who never got a look-in, never got a chance to deliver the PPE and the medical devices that we needed on the front line.

“This is a staggering use of taxpayers’ money, but also there’s a problem that those people on the front line for many months weren’t properly protected because the standard of PPE just wasn’t good enough.

“So the government do have questions to answer.

“They need to crack down on the cronyism that we’ve seen and instead invest in our vital public services.”

Ms Reeves suggested the UK’s vaccine rollout had been a “huge success” because it had been overseen by the NHS, GPs and pharmacies – as she compared how the NHS Test and Trace system involves the use of private providers such as Serco.

“I think that’s a clear lesson for how we should be doing these contracts in the future,” she added.

“Do them in-house – you get better value for money but also you have them integrated into the fabric of our communities.”

In a speech on Monday, Ms Reeves was due to set out Labour’s proposals for a new anti-corruption and anti-cronyism commissioner, as well as an integrity and ethics commission.

A Labour government would also introduce the “biggest wave of insourcing of public services back in-house for a generation” and expand Freedom of Information laws across all new public service contracts delivered by private companies, Ms Reeves was due to say in her speech.

A Conservative Party spokesperson said: “Throughout the pandemic British businesses have worked with our public services to help in the fight against coronavirus by delivering a wide variety of support, including PPE, hand sanitiser and ventilators.

“Yet at every turn throughout the pandemic, Labour have tried to play politics and score political points.

“The Conservatives are getting on with the job, rolling out the vaccine and delivering on our commitments.”