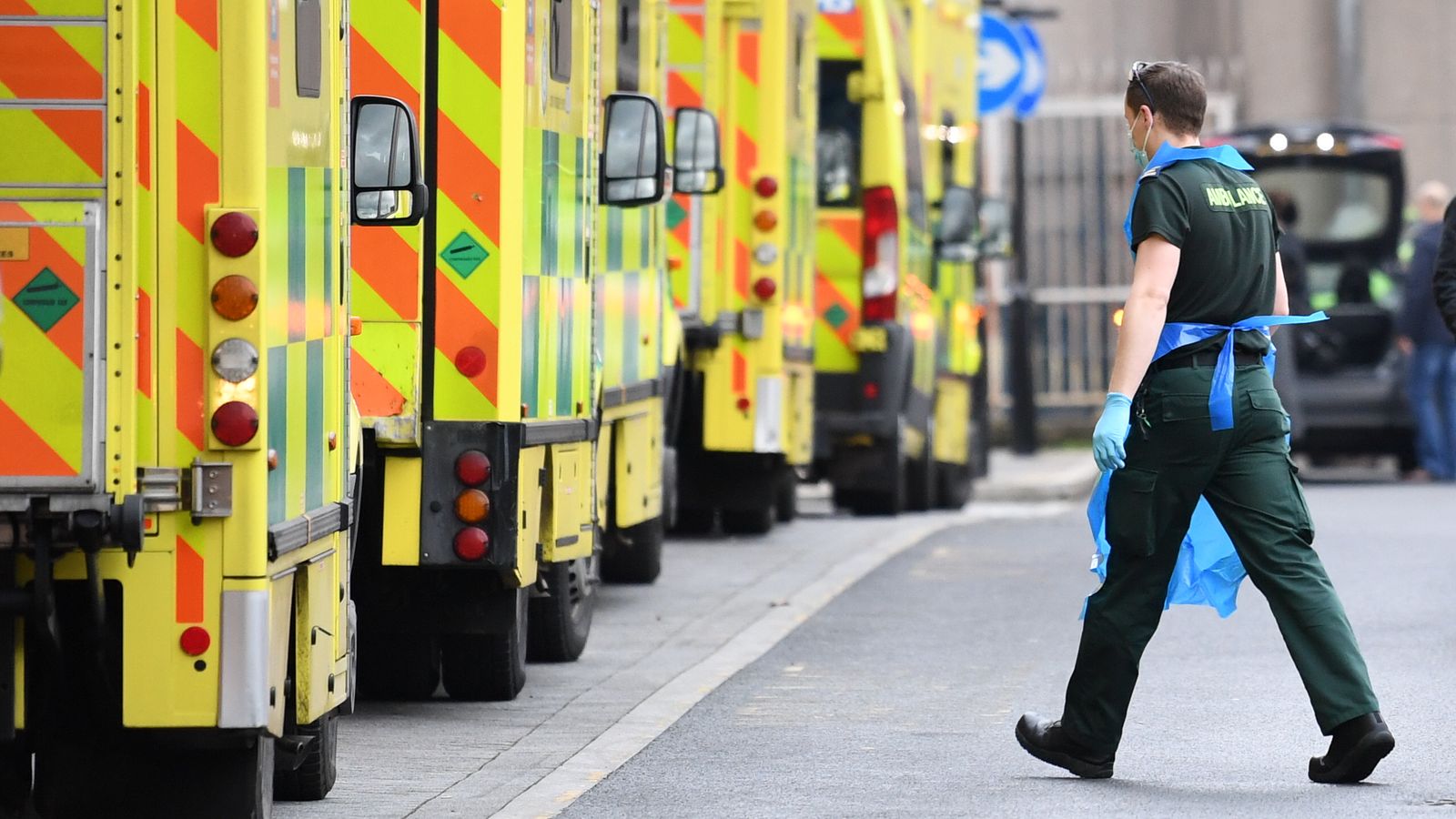 There were 8,433 deaths linked to coronavirus in the final full week of January, according to the Office for National Statistics (ONS).

The figure is up slightly from 8,422 deaths in the week to January 22.

Nearly half (45.7%) of all deaths registered in England and Wales in the week to 29 January mentioned COVID-19 on the death certificate – the highest proportion recorded during the pandemic.

A total of 126,023 deaths had occurred in the UK by 29 January where COVID-19 was mentioned on the death certificate.

This could change once more deaths have been registered for the end of the month.

A total of 35,720 care home residents in England and Wales have now had COVID-19 recorded on their death certificate, the ONS said.

The figures cover deaths of care home residents in all settings, not just in care homes.

Meanwhile, all travellers arriving in the UK are to face mandatory coronavirus tests – paid for by themselves – from next week.

In a Commons statement Health Secretary Matt Hancock will say that from next Monday, 15 February, all passengers arriving in the UK will be required to take a PCR test, which currently cost around £100 per test, on days two and eight after they arrive.

In Manchester, some 10,000 extra tests will be rolled out in the region after four people from two unconnected households were found to be infected with the E484K mutation, which is linked to the variant first found in Kent.

This follows similar surges in testing in Worcestershire, Sefton, Merseyside, and areas in Bristol and south Gloucestershire, after variants were found.

Extra testing sites will be set up to enable anyone aged over 16 who lives, works or studies in the affected areas – which includes postcodes in Hulme, Moss Side, Whalley Range and Fallowfield.

How the Supreme Court could soon change free speech on the internet
Some of Wall Street’s biggest names are exposed to the Adani Enterprises plunge
Suicide bomber kills at least 47 in Pakistan mosque attack
GM’s latest look at the Equinox EV has us guessing on range, battery, and price
Sunak believes British Army is ‘top-level fighting force’ despite US general’s warning