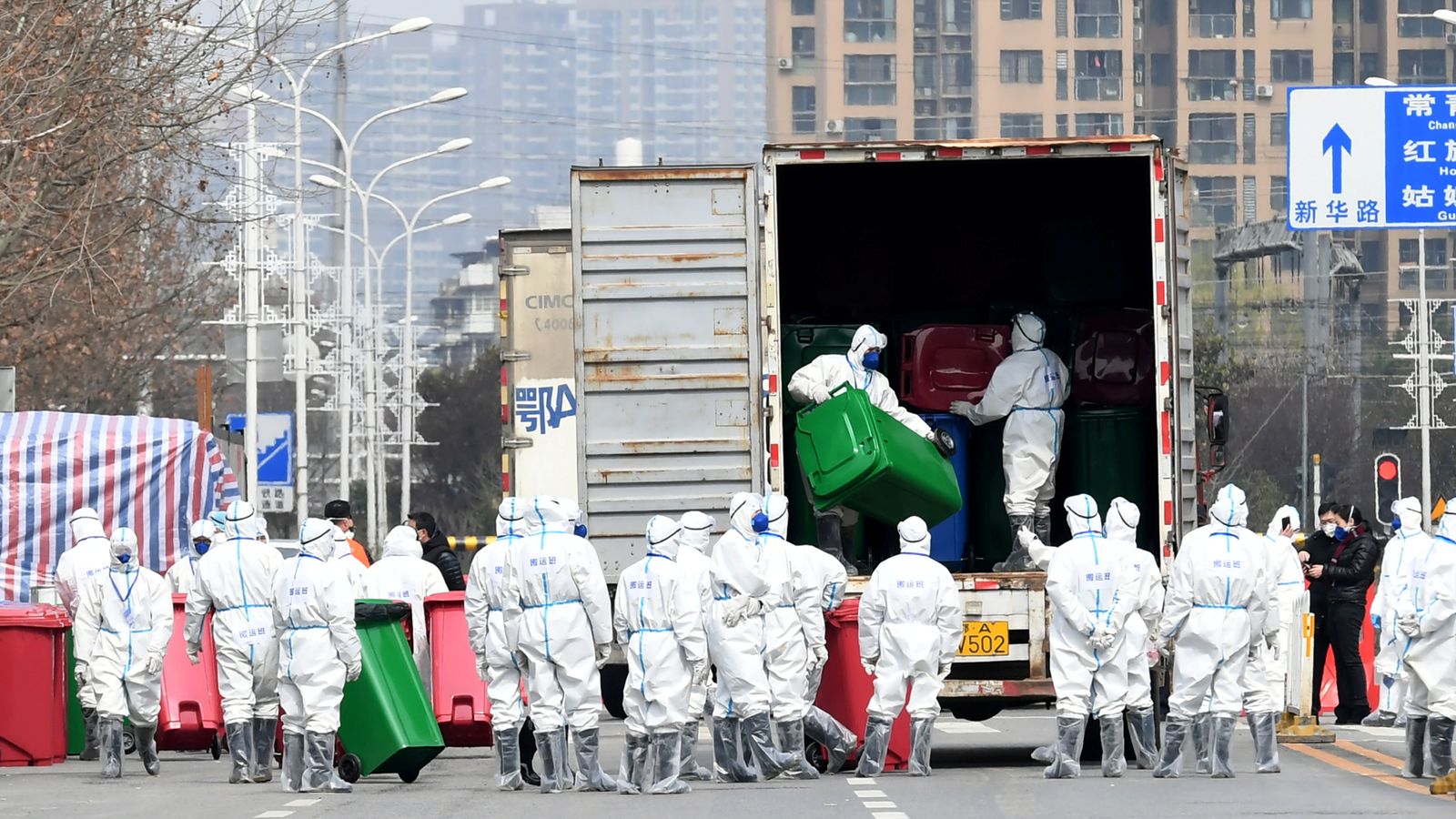 It is “extremely unlikely” coronavirus came from a laboratory incident in China, according to a joint mission investigating the origins of the pandemic.

Investigators believe the most likely cause of the initial outbreak was the virus jumping from an “intermediary host species” to humans.

It means future investigations will not focus on a laboratory incident as a potential cause of the outbreak.

An international team of World Health Organisation (WHO) scientists, working with experts in China, have been researching how the COVID-19 pandemic began.

The team has visited key locations in Wuhan, where the first cases were reported, and spoken to patients, first responders and Chinese scientists.

Evidence so far suggests the novel coronavirus may have jumped from animals to humans, but the team told a news conference it is not yet sure exactly which animals it came from or where this occurred.

The hosts may have been bats or pangolins, but samples of viruses found in these animals were not identical to SARS-CoV-2.

“The susceptibility of Mink and cats to SARS-CoV-2 suggests there may be additional animals, such as those belonging to the feline family, who may act as reservoirs for the virus. But there is not yet enough research to know for sure,” he said.

It is also thought likely the virus could have been transmitted from frozen food, according to the WHO’s Dr Peter Ben Embarek.

Investigations have continued to focus on the Huanan wet market in Wuhan, which was linked to a cluster of initial cases.

The market had been selling frozen animal products but there were also vendors selling products from domesticated wildlife.

It is still thought to be one of the first clusters of cases, but Professor Liang said transmission was also happening in other areas of Wuhan at the time.

Scientists also revealed the novel coronavirus could have been circulating in regions outside Wuhan before the first reported cases of the outbreak.

However, he added there was no evidence that COVID was spreading in Wuhan before December 2019, when the first cases were reported, after officials looked at research samples, pharmaceutical sales and hospital records.

There was also no evidence of “large outbreaks” before December 2019 in Wuhan or elsewhere, Mr Embarek said.

Security tests for new airport workers being completed in record time, ministers claim, despite travel disruption continuing
NASA Launches ‘Mini Hubble’ Telescope From Australian Outback
Mike Tyson-Evander Holyfield 2: Looking back at the infamous ‘bite fight’ 25 years later
Six of the best bits you might have missed at Glastonbury
US basketball star ‘keeping the faith’ as she appears in Russian court on drugs charges