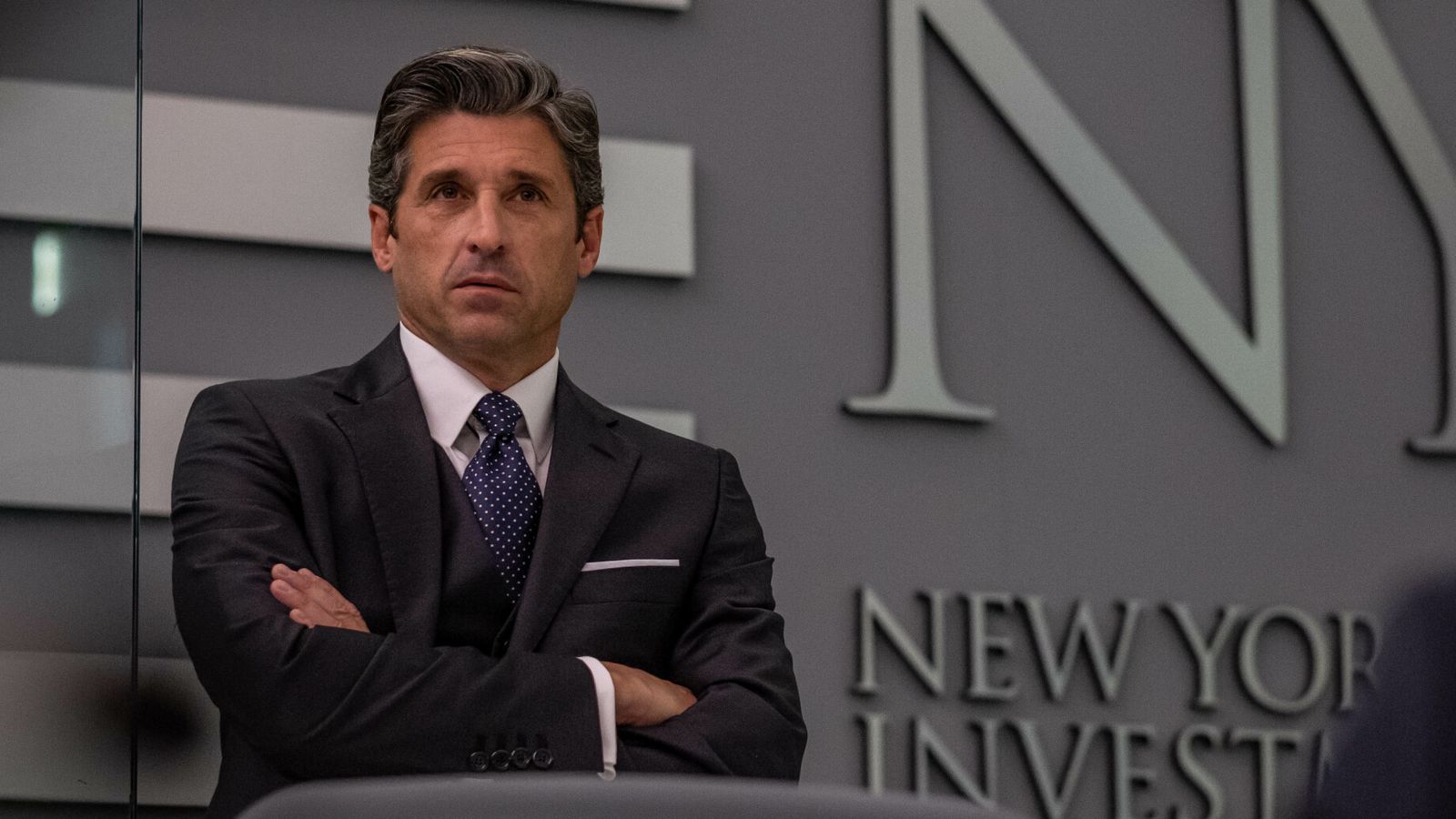 It doesn’t get much starrier than playing the romantic lead in one of the world’s biggest TV shows, but after just a couple of minutes of talking to Patrick Dempsey it’s clear his feet are planted firmly on the floor.

“I get it,” he tells me as my toddler comes bursting into the room just a couple of minutes after we start chatting on Zoom, and later reveals that his family’s lockdown binge TV of choice is The Queen’s Gambit – as it helped them improve their own chess strategies when playing one another.

Propelled to household-name status playing neurosurgeon Derek Shepherd (aka McDreamy) in medical drama Grey’s Anatomy, Dempsey comes across as a down-to-earth family man in real life – and a far cry from his latest character in new show Devils, a thriller set in the world of finance around the real 2011 banking crash.

The actor plays Dominic Morgan, the manipulative chief executive of a powerful investment bank. It’s a great setting for compelling viewing, he says, quickly drawing parallels between the show and real-world politics.

“I think [finance is] a world ripe with conflict in power and all of the things you need for a good drama,” he says.

“With Dominic he understands humanity and he understands the flaws and he preys upon them, and I think this is the thing that we have to be careful of. That’s the danger we’ve seen in the last four years in this country, is this slow corrupting process of a certain leader or certain businesses and how that affects people.”

Dempsey says “without question” the recent change of leadership in the US has helped him to feel more optimistic about the country’s future.

“Certainly, we have someone who is compassionate and has empathy and we haven’t had that.

“It’s very hard to see our democracy slipping away and how delicate it is and the rise of fascism around the world and nationalism, it’s not sustainable and we see what’s going to happen.

“So it’s a real wake-up call in this country and we realise how delicate it is to keep a democracy afloat, it’s really up to the people, and understanding the information and being told the truth and misinformation is what is really challenging.”

Dempsey says he hopes viewers also see some reflections of reality in the series.

“We tap into that a little bit with Devils. We manipulate the media to tell the story we want to be told in order to get what we feel is right for the bank,” he says.

“It may not be right for society, but certainly for the bottom line and what we’re looking to do it is, and that in itself, I think, is really quite frightening.

“And what’s compelling about watching is, well, it makes you start to think.”

Devils is based on Italian trader Guido Maria Brera’s bestselling novel of the same name.

Dempsey says that as part of his preparation for the role, the author took him to his bank to meet some of his colleagues.

“That I found to be really exciting, to feel the energy in the bank and the different floors in the different departments and how they react to different political events around the world, and how that affects the economy and their choices and their investments – how everything is interconnected is really shocking,” he says.

“And we’ve seen that in the last year with COVID and the supply chains, and our isolation, and certainly with what’s going on with Brexit, that interconnected nature is making people retreat, in a sense.

“I hope we don’t become too isolated.”

Devils is out on Sky Atlantic on 17 February

‘Holy crap, we got a shot’: Inside the 49ers’ season-changing Christian McCaffrey trade
Wyshynski: Celebrating Ryan Hartman and other NHL ‘glue guys’
Love Island contestant reportedly leaving show after fight video emerges
Chancellor’s ‘Britain needs you’ plea to the retired may be a tall order
Twitter accused of being behind on rent once again – and this time, it involves King Charles