Huawei has filed a legal challenge against the US Federal Communications Commission which designated the company as a threat to US national security.

The telecommunications company was one of two Chinese businesses, alongside ZTE, that received the formal designation last June, which prohibited American companies from spending federal subsidies on their equipment.

In a petition filed on Monday, Huawei argued that the FCC order exceeded “statutory authority; violates federal law and the Constitution; is arbitrary, capricious, and an abuse of discretion”.

It follows the FCC finalising rules in December which will require American mobile network operators using Huawei or ZTE equipment to remove and replace it, with Congress approving a $1.9bn (£1.3bn) reimbursement fund to support the effort.

The equipment vendors are the two largest targets of the American drive to expunge Chinese companies from the US telecommunications sector, with the FCC having now initiated the process to revoke China Telecom’s authorisation to operate in the country.

At the time of the designation, Ajit Pai, chairman of the FCC, repeated claims that Huawei and ZTE had close ties to the Chinese Communist Party and China’s military and posed a risk to America.

Mr Pai stressed that both companies were subject to China’s National Intelligence Law of 2017 which could oblige them “to co-operate with the country’s intelligence services”.

“We cannot and will not allow the Chinese Communist Party to exploit network vulnerabilities and compromise our critical communications infrastructure,” Mr Pai added.

China’s National Intelligence Law has also been cited by the UK’s National Cyber Security Centre as part of the reason for its wariness regarding the firm.

Huawei executive Ryan Ding responded that “the relevant provisions of China’s National Intelligence Law do not appear to have extraterritorial effect over Chinese companies’ overseas subsidiaries and employees, such as Huawei UK”.

The company’s founder and chief executive, Ren Zhengei, has said he would welcome a phone call from President Joe Biden but doesn’t expect American policy towards the company to change in the short term.

“I think it’s very unlikely that the US will remove us from the Entity List. I won’t say it’s impossible, but it’s extremely unlikely,” Mr Ren said.

The US move to place Huawei on the Entity List effectively banned the company from using any American chips in its equipment, something which subsequently forced the UK to reassess its decision to permit the company to play a role in the 5G network. 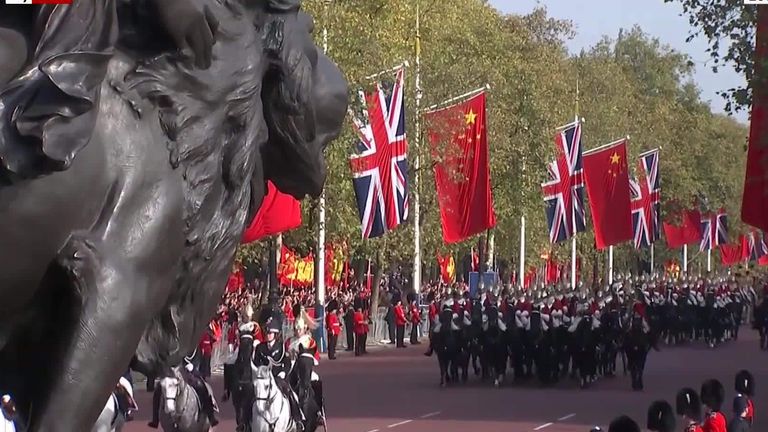 In the face of much criticism over its perceived risk to national security, Huawei has consistently pointed out that there has never been any evidence suggesting its equipment is more faulty or suspicious than that of its competitors.

Matthew Brazil, a former US Army intelligence officer and diplomat who was based in China for eight years, and is the co-author of a US Naval Institute book on Chinese Communist Espionage, previously told Sky News: “The concerns about Huawei I think are well-founded because logically speaking it’s almost impossible for people who study the Chinese Communist Party to imagine that Huawei is totally independent.

“Huawei does a lot of business for the Chinese government, Huawei has a powerful Communist Party committee inside it, and if you look at materials in Chinese from Huawei they are a lot more patriotic than materials that are in English.

“And so it’s likely that Huawei is indeed doing work on behalf of the Chinese Communist intelligence services, however what we lack here is solid evidence that backs up that logical conclusion.”

“It would be good if the US government and those who work with it could provide more solid evidence about Huawei’s activities,” Mr Brazil added.

Europe will be ‘much less safe’ if NATO does not stop war in Ukraine, foreign secretary warns
As Klarna and Affirm falter, a new breed of ‘buy now, pay later’ startups are stealing the spotlight
Mike Tyson-Evander Holyfield 2: Looking back at the infamous ‘bite fight’ 25 years later
‘An inspiration’: Deborah James dies, aged 40
The last remnant of Facebook’s crypto project shuts down September 1