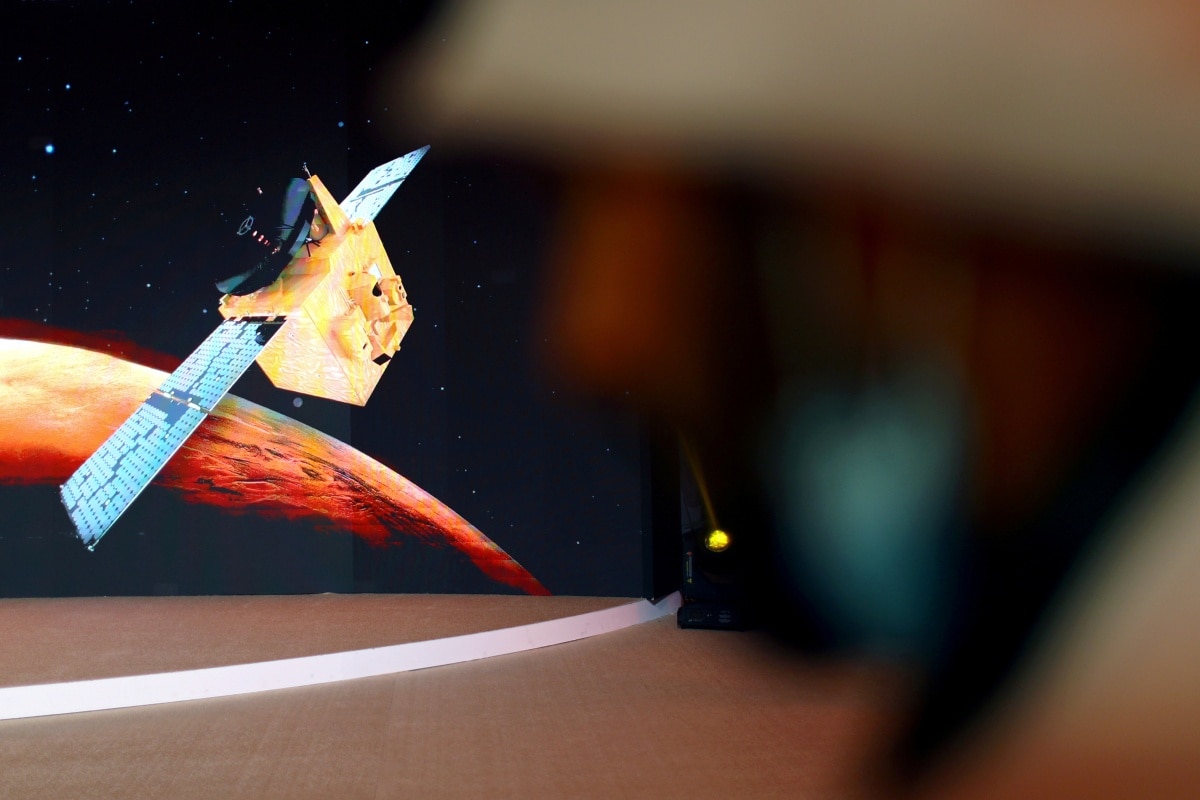 The United Arab Emirates’ first mission to Mars is set to reach the red planet and enter its orbit on Tuesday following a seven-month, 494 million km journey, allowing it to start sending data about the Martian atmosphere and climate.

This would make the UAE the fifth space agency to reach the planet. The Mars programme is part of the UAE’s efforts to develop its scientific and technological capabilities and reduce its reliance on oil. The UAE Space Agency even has an ambitious plan for a Mars settlement by 2117.

The attempt to lock into orbit around Mars has a 50 percent chance of failing, Dubai’s ruler and UAE Vice President Sheikh Mohammed bin Rashid Al Maktoum said on Tuesday.

“But even if we could not enter the orbit, we’ve already made history. This is the farthest point in the universe to be reached by Arabs throughout their history … Our goal is to give hope to all Arabs that we are capable of competing with the rest of the world,” he said.

To enter Mars’ orbit, the probe needs to burn some of its 800kg of onboard fuel to slow down enough not to overshoot the planet.

“If the probe is slowed down too much then the probe would enter an orbit that would ultimately lead it to crash on Mars,” Associate Professor in Astronomy and Science Communication Daniel Brown, from Britain’s Nottingham Trent University, told Reuters

“If it overshoots, then it will hurtle into interplanetary space on a much larger orbit around the Sun and most likely not meet Mars at all,” he said, adding that there were other scenarios between these extremes.

This year marks 50 years since independence from Britain and the founding of the UAE. Mars probes launched by China and NASA just after the UAE’s lift-off in July are also set to reach the planet this month.

The Emirates Mars Mission, which has cost around $200 million (roughly Rs. 1,500 crores), launched the Hope Probe from a Japanese space centre. It aims to provide a complete picture of the Martian atmosphere for the first time, studying daily and seasonal changes.

The UAE first announced plans for the mission in 2014 and launched a National Space Programme in 2017 to develop local expertise. Its population of 9.4 million, most of whom are foreign workers, lacks the scientific and industrial base of the big spacefaring nations.

Hazza al-Mansouri became the first Emirati in space in 2019 when he flew to the International Space Station.

$6.6 billion fintech Wise accused by rival of harming competition
Twitter accused of being behind on rent once again – and this time, it involves King Charles
Tesla just had its best week since May 2013
Missing couple and newborn baby sleeping in tent in sub-zero temperatures, police say
British nationals killed ‘attempting humanitarian evacuation from Soledar’, family statement says