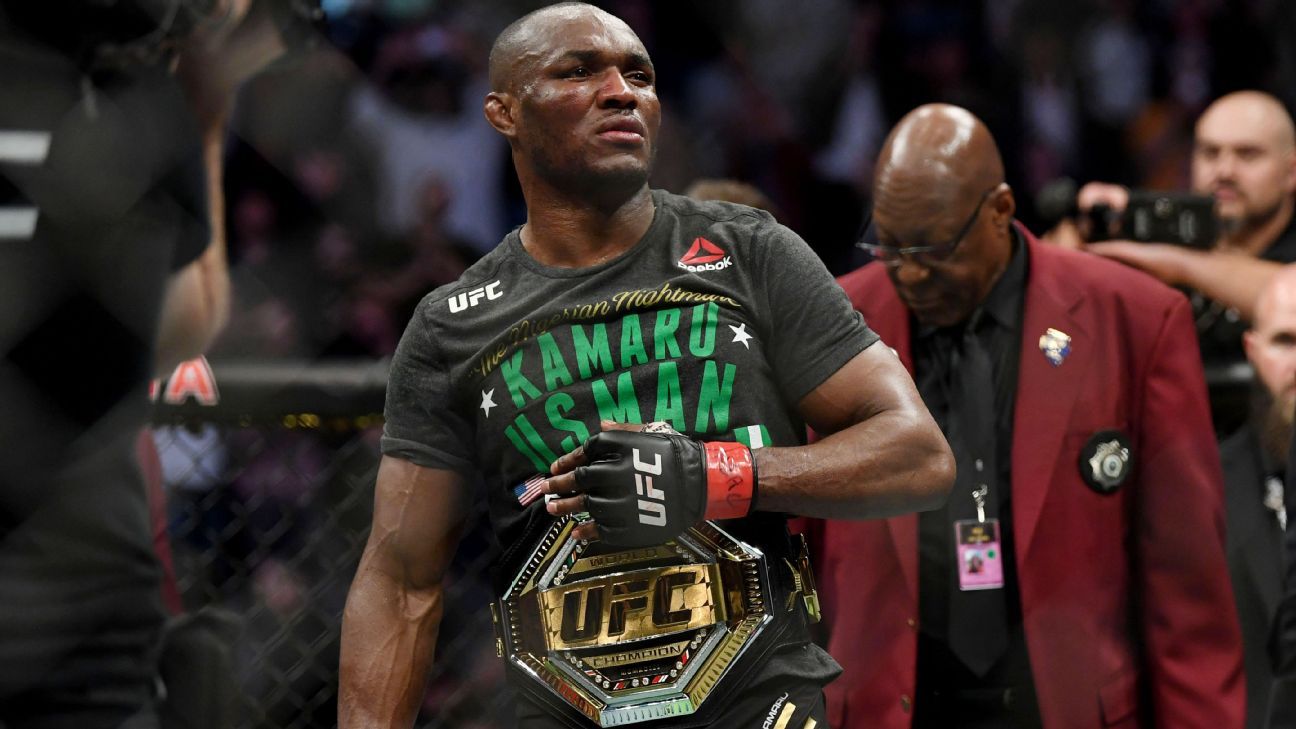 Kamaru Usman defends his welterweight championship against former training partner Gilbert Burns in the main event of UFC 258 on Saturday night in Las Vegas. The title fight, which takes place at the UFC’s Apex facility, will be on pay-per-view, which fans can purchase here.

The five-fight PPV main card begins at 10 p.m. ET, with prelims on ESPN and ESPN+ starting at 8 p.m., and early prelims on ESPN+ at 6:15 p.m. The prelims also air in Spanish on ESPN Deportes.

Usman (17-1) has won 16 fights in a row in a streak that extends to 2013. His most recent victory was a unanimous decision over Jorge Masvidal in July in Usman’s second defense of the 170-pound title. The native of Nigeria, who grew up in Texas, won the belt in 2019 from Woodley. Usman is No. 4 in the ESPN men’s pound-for-pound rankings and No. 1 in the 170-pound top 10.

Burns (19-3) has won six in a row, the last four of those victories coming since a move up from lightweight in 2019. He is No. 5 in the ESPN welterweight rankings.

How to watch the fights

Don’t have ESPN+ for the prelims and PPV? Get it here.

Purchased the fight on your phone and want to stream on your TV? Find out how here.

Elon Musk’s Neuralink Faces US Federal Investigation, Internal Staff Backlash Over Animal Tests
William and Kate arrive in US as prince distances himself from race row
Amber Heard files appeal against Johnny Depp libel trial verdict
Low-cost electric motorcycle maker RYVID lands $20M to manufacture in California
Christopher Eccleston: ‘Patriarchy cocks everyone up… It did its damage to me too’