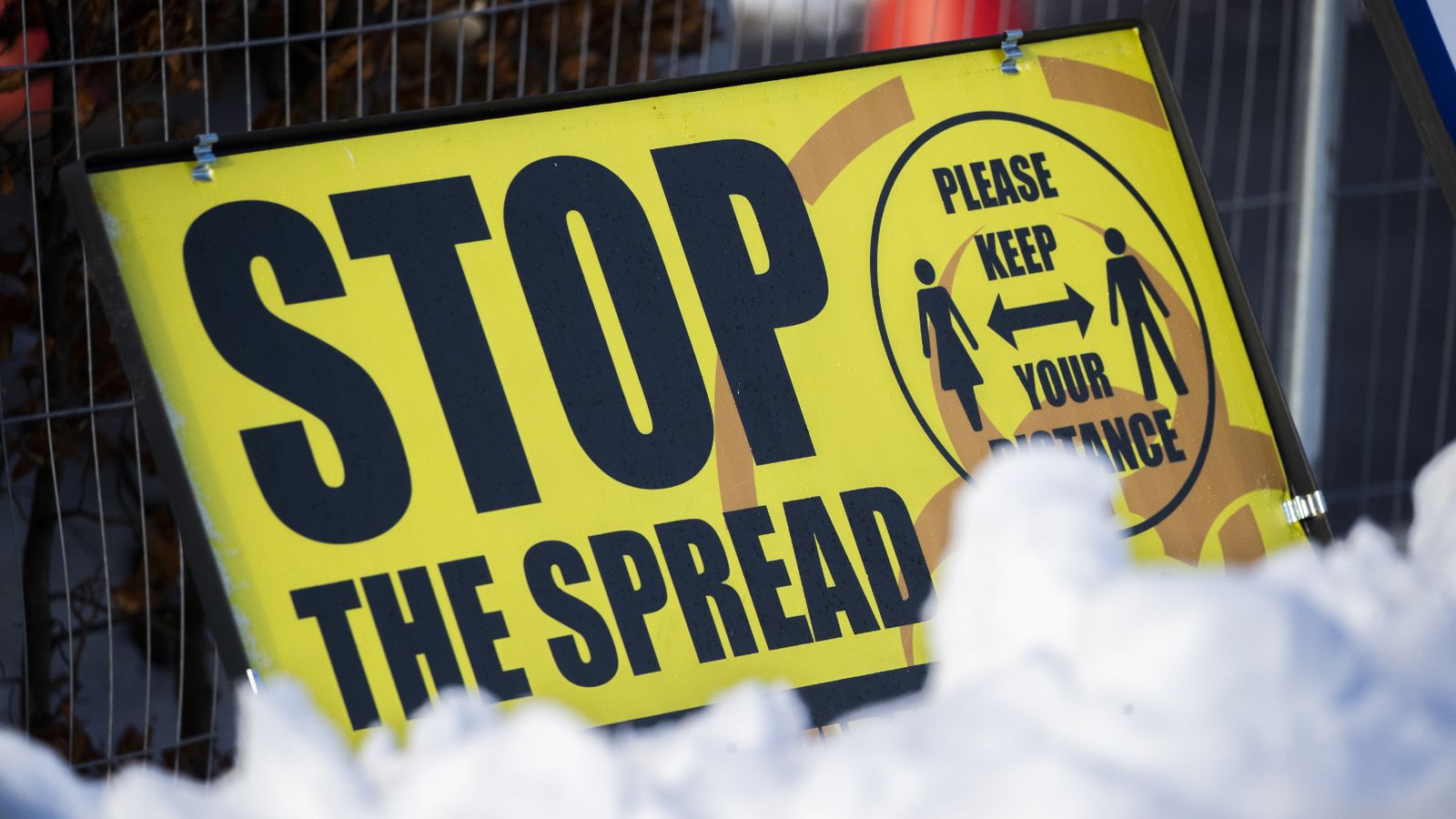 Coronavirus restrictions could last until at least all adults have been vaccinated, a senior Public Health England official has warned.

Dr Susan Hopkins told Sky News some measures may have to stay in place beyond that, until more is known about COVID-19 transmission “before we can release everything and get back to life as it was”.

Speaking on a special programme, COVID Crisis: Learning The Lessons, she admitted it was “difficult to say” if rules this summer could be tighter than they were during the same period in 2020.

“That may be one of the areas in which spread of infection can occur.

“So I think we are going to have to have some measures in place until the whole population is vaccinated, at least all of the adult population.

“And even then I think we’ll need to know more about transmission before we can release everything and get back to life as it was.”

Around 15 million people in the top four priority groups for vaccination should be offered a jab by mid-February, with the remaining five groups reached by the end of April.

No date has yet been set for when all adults should be vaccinated by, or which groups will be included in the second priority list – though there have been calls for emergency service staff, teachers and shop workers to be prioritised.

Dr Hopkins’ comments on continued restrictions are likely to inflame the concerns of some backbench Conservatives, who are itching for Prime Minister Boris Johnson to lift measures as soon as possible.

Steve Baker, a Tory MP and deputy chair of the COVID Recovery Group, said earlier that he fears “senior scientists are failing to recognise their power to spread despair and despondency”.

He continued: “Some seem to be floating untested hypotheses in the media. Doing so is not science. It is the death of science. Perhaps worse, it brings scientists squarely into the political domain, something we would I am sure all like to avoid.”

She also did not appear to rule out Chancellor Rishi Sunak’s “Eat Out To Help Out” scheme having contributed to a growth in infections over the summer, saying: “Every social interaction leads to a rise in infections, if infections are rising in the community.”

Meanwhile vaccines minister Nadhim Zahawi pressed for everyone offered a coronavirus jab to get one, telling Sky News: “This is a race against death.”

He defended the government’s handling of the pandemic, after being accused by a member of the public on the Thursday night show on Sky News of not following scientific advisers’ recommendations closely enough.

“Sometimes of course, when you look back you think ‘well if I’d known that then I may have done things slightly differently’,” Mr Zahawi said.

“But we were learning, as we were having to also make these really tough decisions on a daily basis – as were the scientists.”

Mr Zahawi also denied ministers are planning to create vaccine passports, after Sky News revealed ministers will consider a proposal tomorrow by the Cabinet Office to get working on vaccination and testing certificates.

But he added: “If people need to be able to demonstrate they’ve had a vaccine, their data is held by the national vaccine and immunisation system, and you have to be able to make that data available to people if they require it.”

And Mr Zahawi said ministers are tying particularly hard to persuade people from ethnic minorities to get vaccinated, given the roughly 15% of people in the UK who are hesitant about getting a jab “skew heavily towards BAME [Black And Minority Ethnic] communities”.

The prime minister is expected to publish his “roadmap” out of lockdown in the week beginning 22 February, and potentially announce schools in England will start to re-open fully again on 8 March.

Is it better to buy or lease an electric vehicle?
World leaders condemn shopping centre attack in Ukraine, calling it a ‘war crime’
Mississippi’s last abortion clinic faces rush of women trying to beat deadlines of biology and of law
Fierce local battles over power lines are a bottleneck for clean energy
Shop worker held by police after Rudy Giuliani ‘slapped on the back’