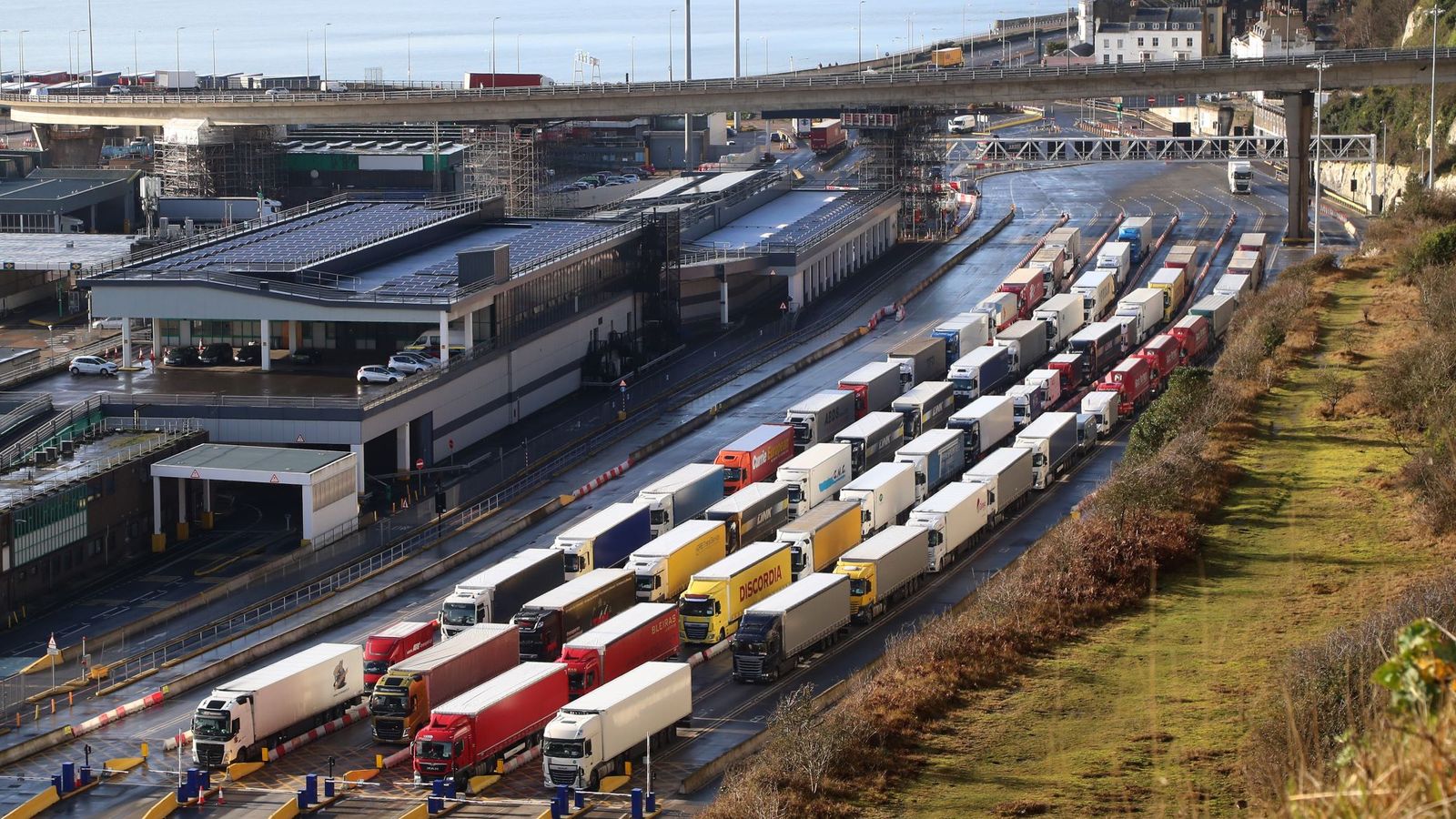 Food exports to the European Union fell by as much as 60% at the start of the year as traders and officials struggled to adapt to post-Brexit arrangements, MPs have been told.

Ian Wright, chief executive of the Food and Drink Federation (FDF), said changes since Britain’s trade deal with Europe came into force on 1 January had affected the industry “very significantly”.

Mr Wright said there was confusion about the new system both among businesses using it and officials enforcing it, some of whom seemed to be “making it up as they go along”.

He told a hearing of the Commons International Trade Committee: “Food exports to the EU have probably declined by somewhere between 50% and 60% in January.

“That may be partly because lots and lots of businesses have stockpiled three or four months of goods on the other side of the Channel, and they may bounce back.

“But that’s a big number to recover.”

Mr Wright said his assessment of the impact chimed with that of the Road Haulage Association, which said at the weekend that exports through British ports to the EU fell by 68% in January compared to the same month last year.

He said it was wrong of the government to have characterised the issues faced by exporters as no more than “teething problems”.

Britain’s new deal with the EU enables tariff free trade but border checks and paperwork requirements have created other hurdles. Since the start of January a number of businesses have been complaining about increasing paperwork and costs causing disruption.

Marine and fisheries consultant Terri Portmann told the committee that seafood firms were already shutting as a result, calling the experience “an unmitigated disaster”.

Companies that “have been around for 30 to 40 years” that relied on the export market had closed their doors, she said.

“And I suspect there are many more that are currently hanging on by their fingernails and going bankrupt slowly, because part of the problem is that with fresh seafood products, you can’t stockpile,” she added.

Figures for 2019 from the FDF, an industry body, showed annual food and drink exports to the EU totalled £14.2bn, three fifths of all overseas sales for the sector.

The latest comments come on the same day as figures from the British Chambers of Commerce (BCC) showing 49% of exporters were struggling to adapt to post-Brexit arrangements.

BCC director general Adam Marshall, who also rejected the suggestion that these were “teething problems”, said firms were being “hit hard by changes at the border”.

“It should not be the case that companies simply have to give up on selling their goods and services into the EU,” he said.

Mark Zuckerberg envisions a billion people in the metaverse spending hundreds of dollars each
May attacks Johnson’s ‘illegal’ plan to ditch parts of Brexit deal – and makes pointed remark about his future as PM
Heathrow passenger charge set to fall on orders of regulator
LeBron ’20-21 Logoman card sells for $2.4 million
Fierce local battles over power lines are a bottleneck for clean energy