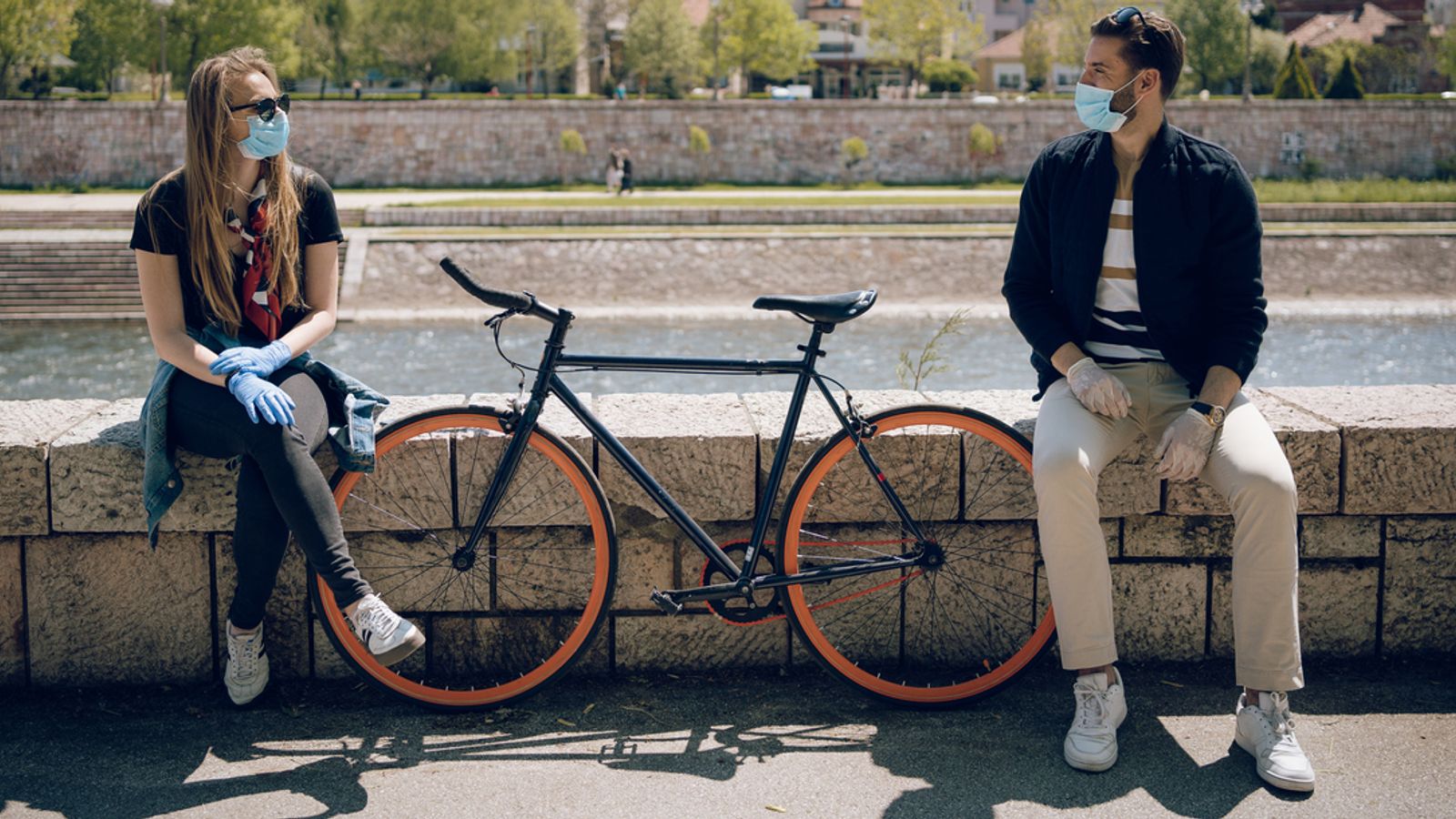 “Being single during this pandemic has been downright dreadful.”

That was the tweet from Dr Gagan Bhatnagar six-days before Christmas, the evening the chance of getting together for the festive period with family and friends was cancelled for many in the UK.

The 36-year-old doctor, who was “at a low point” and feeling isolated in his London flat, went on: “Please take [COVID-19] seriously, but by God has it been hard when you simply don’t have anyone to share time with.”

Gagan’s post struck a nerve – it was liked nearly 50,000 times and was seen by 4.8million people.

Hundreds of messages poured in, not just from the young, free and single but from those in their 60s and 70s too.

For singles, getting close to a prospective partner over lockdown has been pretty much impossible.

Intimacy is difficult from two metres away, outdoors, and at worst illegal, since mixing indoors with other households is banned, unless one lives alone or fits the other limited support bubble criteria.

However, that hasn’t stopped the use of dating apps soaring during the pandemic.

In April 2020, messaging on Tinder had doubled globally (an increase of 52%) since the start of March.

Almost half (44%) UK Hinge users have been on a video date since the new function launched in the summer.

It’s changed the setup of dates themselves too, with daters on Bumble now able to specify how they’d like to meet – virtually, socially distanced, or distanced with a mask.

Sky News has spoken to three different daters about their experiences of trying to find love during lockdown.

“There’s only so much you can tell from a video date,” Gagan told Sky News.

“That sense of chemistry is really difficult to develop over a screen. And that makes you feel more disconnected.”

He estimates half his walking dates had been cancelled because of the weather.

“It’s the getting rained on in the middle of the day – or the fact that there were no public toilets anywhere.

“There’s the assessment of, ‘Do I like them enough to meet them in the first place?’ Because that in itself is a risk.”

But Gagan is not complaining: “I need to be very clear I agree with lockdown measures.

Anastasia McLean has found it hard to meet people since she moved to the UK in the summer.

She tells Sky News walking dates only go so far: “You can only do so much talking… and then what do you do next? Oh, let’s go on another walking date!

“I totally understand it, but I can’t wrap my brain around the fact that [for] my friends that are in relationships, it’s legal for them to be intimate and have sex, where for me it’s illegal.”

Anastasia says her need for physical touch and hypersexuality partly come from having bipolar disorder, which she discusses openly online in her podcast The Bipolar Diaries.

But with that desire, now comes guilt.

It’s hard to tell if daters are sticking to the rules, says Dr Eleanor Draeger, spokesperson for the Faculty of Sexual and Reproductive Healthcare, because there’s little data on how much sex people are having.

But an indicator is positive STI results. The number of gonorrhoea diagnoses dropped 58% between January and May 2020, according to Public Health England.

Some jurisdictions have done it differently. The Netherlands urged single men and women to choose one sex buddy.

Dr Draeger says so far it’s too soon to say which countries got it right.

Sheenagh tells Sky News she’s optimistic about finding love in lockdown, which, she says, has given her more time and motivation to “get on the dating apps and do that first sift”.

In a snowy London park, Sheenagh explains that in normal life she finds it hard to motivate herself to date because she devotes time to her job and her close network of friends.

And it seems the pandemic is influencing daters’ relationship goals.

In a survey, 46% of people using Bumble said they were looking for something serious after experiencing loneliness in lockdown.

When asked how the pandemic affected their relationship goals, more than half (52%) of the Hinge community said they were ready for a long-term, serious relationship.

And while the lockdown has put a hold on many other forms of social gathering, daters are more aware than ever that time is of the essence.

Sheenagh explains: “I know I’m not at my most sociable… which is probably not the best energy for dating and getting to know people. But as I get older, it feels like every year that I lose is a little bit more precious.”

William and Kate arrive in US as prince distances himself from race row
Treasury outlines wage, apprenticeship requirements for clean energy tax credits
Albanians ‘should be barred’ from claiming UK asylum, minister says
‘May the Force be with you’: PM ‘sad’ as Javid to step down at next general election
Cheers star Kirstie Alley dies after short illness