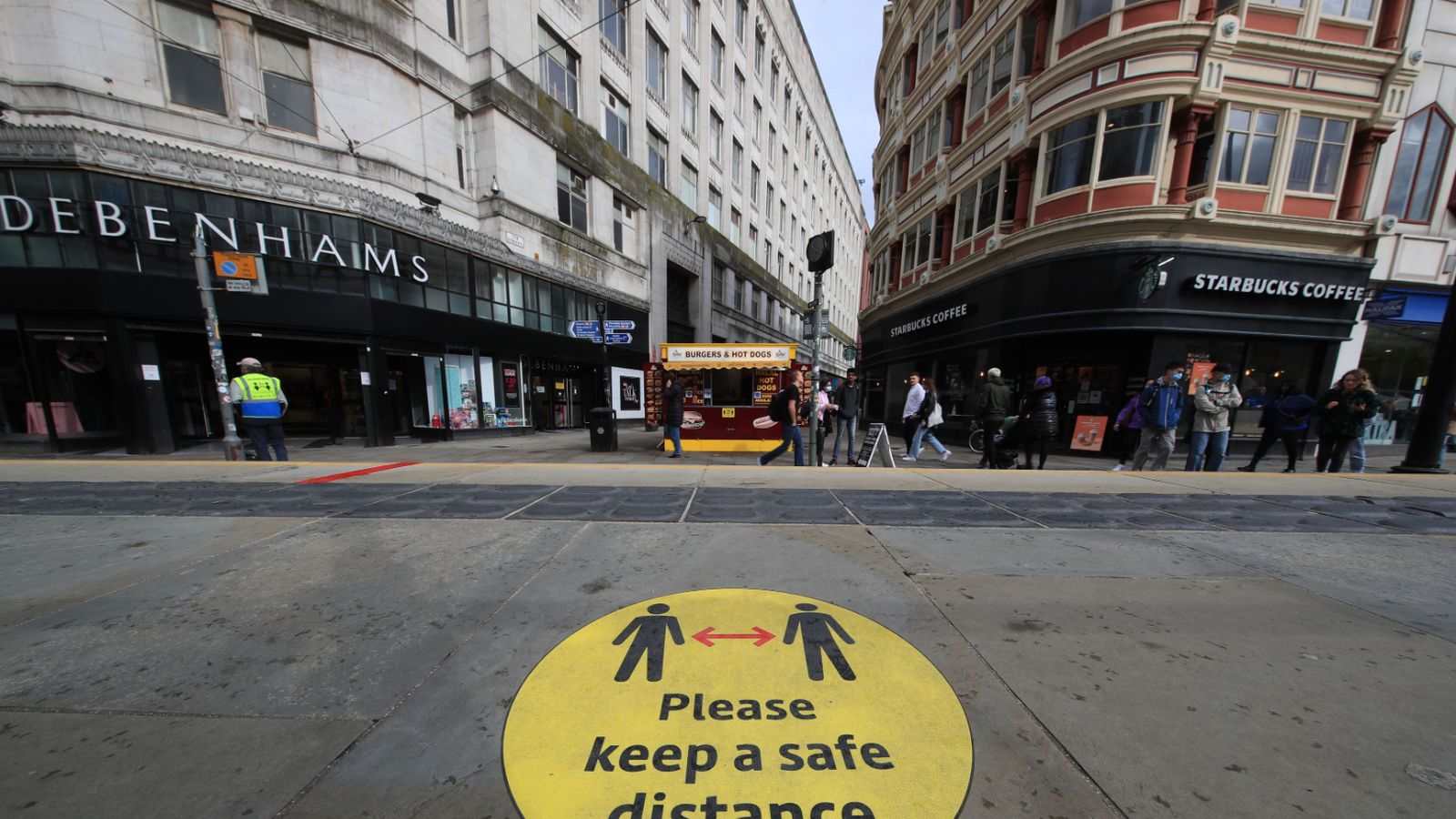 The coronavirus crisis meant the UK economy endured its deepest annual slump last year since the Great Frost in 1709, according to official figures.

It was a consequence of large parts of the economy being placed in hibernation through unprecedented lockdowns and other restrictions on normal activity as efforts to contain COVID-19 took their toll on output.

The figures showed a fightback from the record quarterly slump between April and June, the second quarter, when GDP tumbled by 20% as a consequence of the initial lockdown.

They also confirmed the prospect of a so-called double-dip recession was averted at the end of the year amid renewed lockdown conditions, with a first estimate for the October-December quarter showing growth of 1% – a better than expected performance.

ONS deputy national statistician for economic statistics, Jonathan Athow, said: “Loosening of restrictions in many parts of the UK saw elements of the economy recover some lost ground in December, with hospitality, car sales and hairdressers all seeing growth.

“An increase in COVID-19 testing and tracing also boosted output.

“The economy continued to grow in the fourth quarter as a whole, despite the additional restrictions in November.

“However, GDP for the year fell by nearly 10%, more than twice as much as the previous largest annual fall on record.”

The consequences of the public health emergency reach far beyond lost output as previous ONS figures, yet to fully reflect 2020 as a whole, show more than 1.7 million out of work with over 800,000 fewer people on company payrolls since the pandemic began.

Measures to tackle the crisis and protect as many jobs and businesses as possible mean the Treasury has embarked on its largest peacetime borrowing programme that is tipped to exceed £400bn in the current financial year.

Chancellor Rishi Sunak confirmed he would use his budget on 3 March to announce further aid given the continued pressure on activity.

He said: “Today’s figures show that the economy has experienced a serious shock as a result of the pandemic, which has been felt by countries around the world.

“While there are some positive signs of the economy’s resilience over the winter, we know that the current lockdown continues to have a significant impact on many people and businesses.

“That’s why my focus remains fixed on doing everything we can to protect jobs, businesses and livelihoods.

“At the budget I will set out the next stage of our Plan for Jobs, and the support we’ll provide through the next phase of pandemic.”

The Chancellor is under immense pressure to ease the strain on the public purse strings through targeted tax increases though it is widely expected he will not risk hurting those feeling the worst pain.