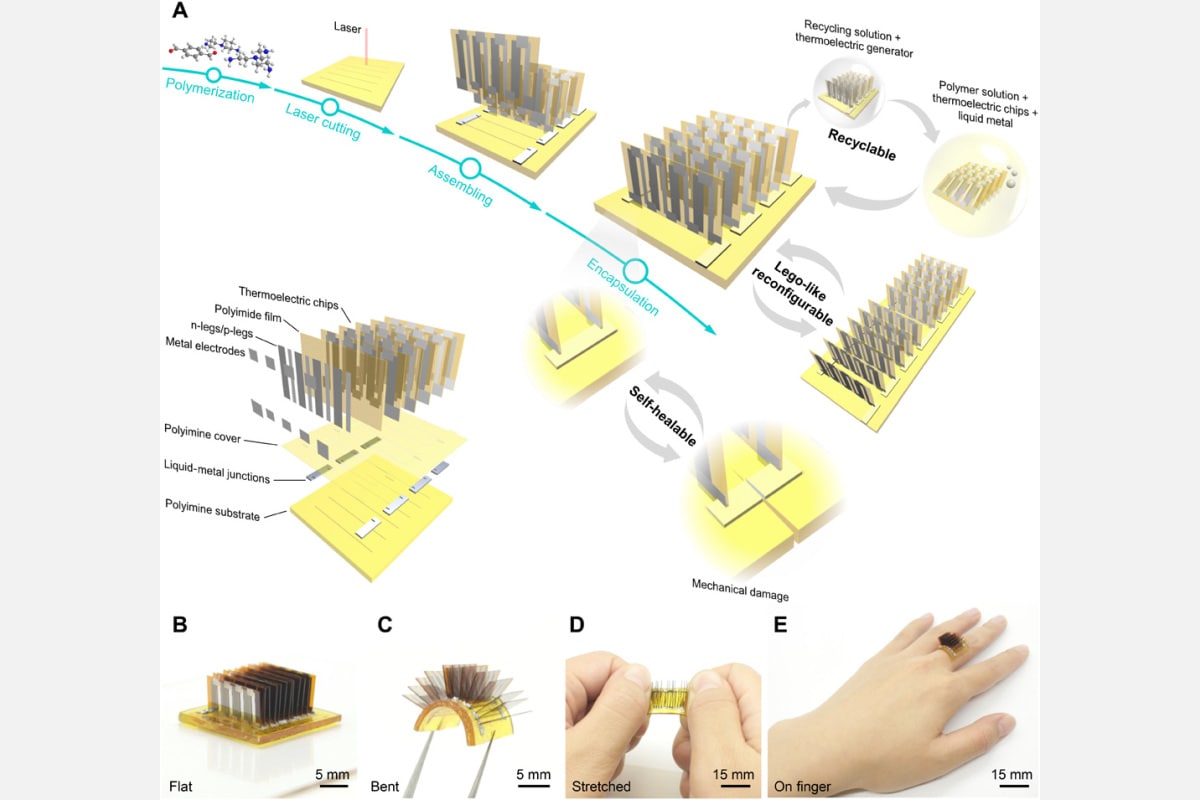 In a move that will give chills to fans of the dystopian movie The Matrix, scientists have developed a wearable device that could use the human body to replace batteries.

Echoing world-domineering robots’ use of enslaved humans in the 1999 cyberpunk movie, US researchers at the University of Colorado Boulder have created an environmentally-friendly gadget that harvests body heat and converts it into energy.

Tech-lovers could power their own watches or fitness trackers by wearing a stretchy ring or bracelet containing thermoelectric chips that convert heat into electrical energy, according to research published in the journal Science Advances.

The idea will sound familiar to lovers of the iconic film, starring Keanu Reeves, where humans are trapped in the Matrix, a simulated reality, while hooked up to machines to provide electrical power for robots that have taken over the world.

“We hope this technology could, at least partially, solve the pollution problems of electronic waste,” he said, adding the tool is fully recyclable.

The devices generate about 1 volt of energy per square centimetre of skin covered.

While more research is needed to increase the amount of power produced and allow for mass production, the gadgets could be on sale in five to 10 years, Xiao said.

“Just don’t tell the robots,” the university said in a statement. “We don’t want them getting any ideas.”

Tesla CEO Elon Musk kicks off first Semi truck deliveries
How Jacob deGrom decided to ditch New York and become a Texas Ranger
Ninth child to die after contracting Strep A infection named by school
More than 10,000 ambulance workers in England and Wales to strike on two days in December
‘It’s a dirty game’: Prince Harry says only he and Meghan know the ‘full truth’ in new trailer for docuseries