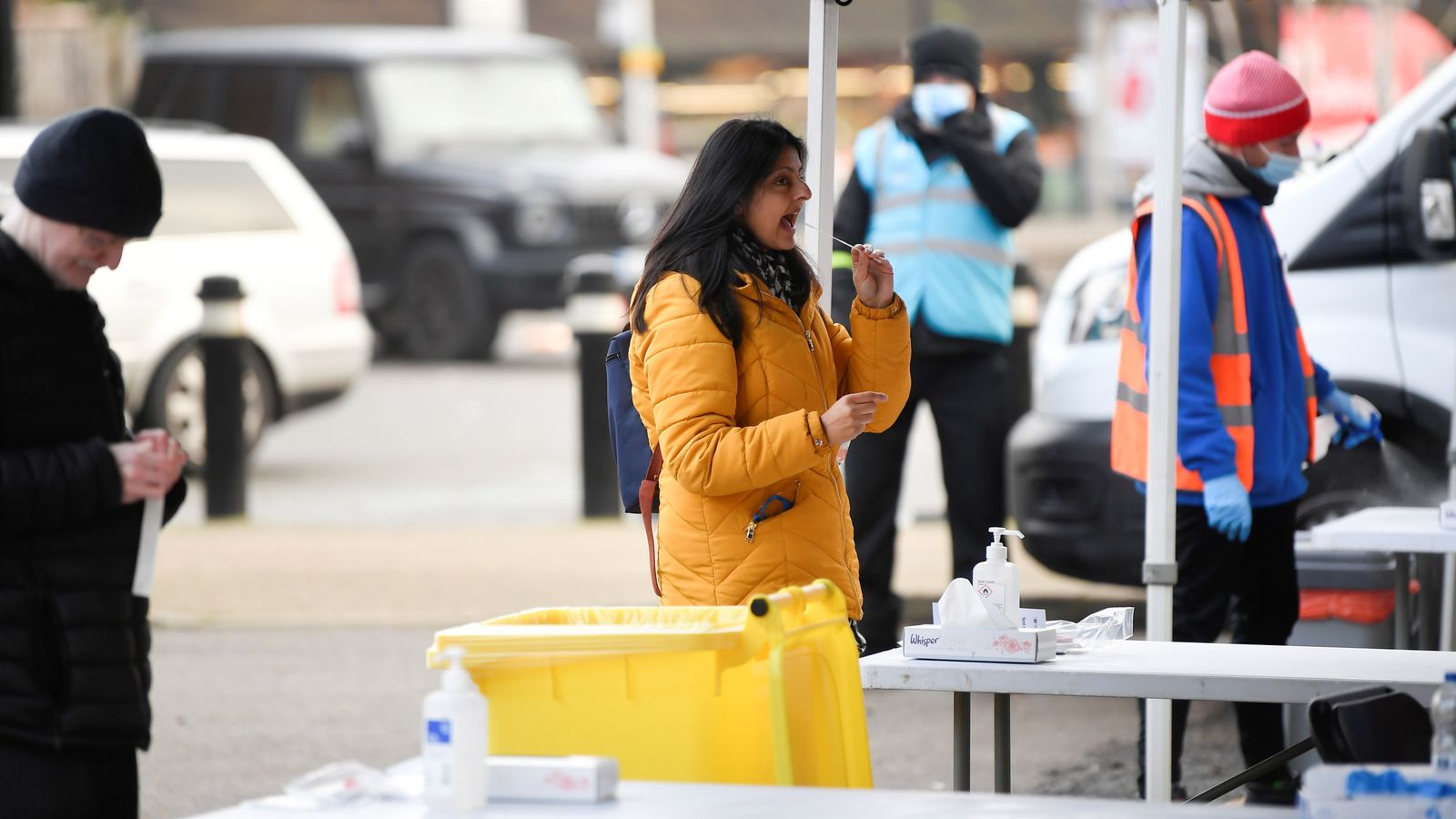 The UK’s coronavirus reproduction number – or ‘R’ number – has fallen to below one for the first time since July.

The figure is now between 0.7 and 0.9, according to the latest estimate.

The R refers to the number of people an infected person will pass COVID-19 on to, and when the figure is above 1 an outbreak can grow exponentially.

An R number between 0.7 and 0.9 means that, on average, every 10 people infected will pass on the virus to between seven and nine other people – a sign the epidemic is shrinking.

Last week’s R number was between 0.7 and 1.0, the Scientific Advisory Group for Emergencies (SAGE) said.

The government scientists have also estimated the UK’s growth rate is between minus 5% and minus 2%, meaning the number of new infections is shrinking between 2% and 5% each day.

These estimates are based on the latest data available up until 8 February, which includes hospital admissions, deaths, symptomatic testing and prevalence studies.

Although a lagging indicator, it is the latest sign that infections are slowing.

The R remains below 1 in all regions of England but the number of cases is still high.

It appears lowest in London, which has seen a rapid decline in infections after lockdown was imposed, with the R falling to between 0.6 and 0.8.

New data also shows there has been a drop in infections, with around one in 80 people in private households in England having COVID-19 between 31 January and 6 February.

This is down from around one in 65 the previous week, according to the Office for National Statistics.

The latest figures also show the number of people in hospital with COVID-19 is at its lowest level since 29 December, suggesting the UK has passed the peak.

However, scientists have said case numbers are still too high for any significant loosening of restrictions.

NHS Test and Trace and surge testing will only be able to work efficiently when case numbers are at much lower levels, one government scientific adviser said.

If cases continue to fall at the same rate, aided by the rollout of vaccines, it is thought low case numbers can be achieved in the next two to three months.

Meanwhile, NHS England has said people aged between 65 and 69 can now have a COVID-19 vaccine in England if GPs have done all they can to reach the higher priority groups.