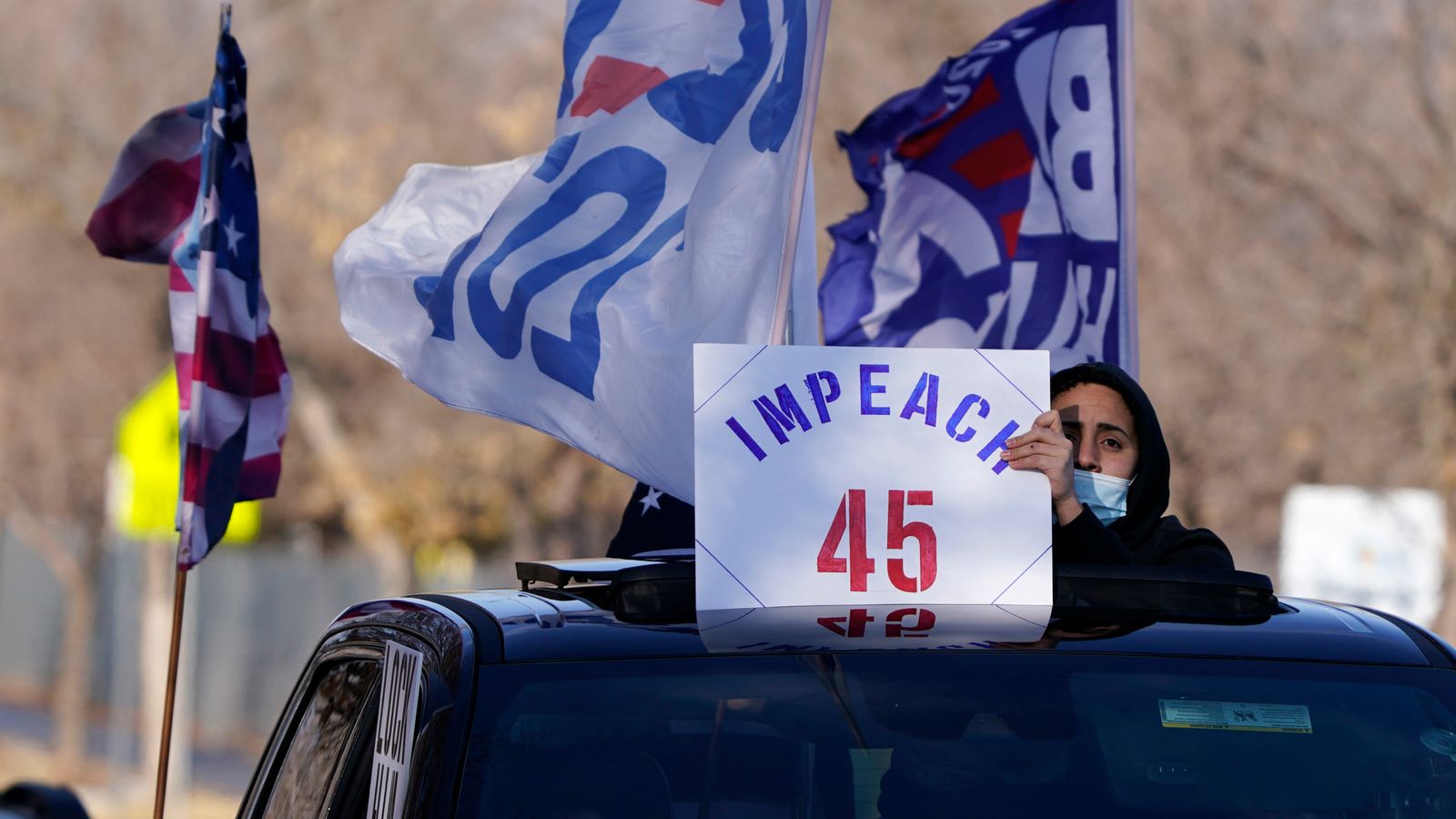 Donald Trump’s impeachment trial is an “unjust, unconstitutional witch-hunt”, politically motivated and “divorced from fact”, the hearing has been told.

The former president’s lawyer, Michael van der Veen, opened day four of the Senate trial with a blistering attack, claiming the proceedings did nothing to unify a divided America.

Mr Trump is charged with “incitement of insurrection” over last month’s violence when the US Capitol was stormed by his supporters.

Democrat politicians from the House of Representatives, serving as prosecutors, have this week been making the case for his conviction in the upper house – the Senate.

Today it was the turn of the defence team to state Mr Trump’s case.

Mr van der Veen said: “The article of impeachment is an unjust and blatantly unconstitutional act of political vengeance.

“This appalling abuse of the constitution only further divides our nation when we should be trying to come together.

“Like every other politically-motivated witch-hunt the left has engaged in over the past four years, it is completely divorced from the facts, the evidence and the American people.”

Such was the anger among Democrats at the storming of the Capitol building in early January, they voted to impeach Mr Trump again – the first time a US president has been tried for the second time.

But Mr van der Veen claimed the hearing was not about Democrats opposing political violence, it was about democrats “trying to disqualify their political opposition.

He added: “It is constitutional cancel culture.”

He said Mr Trump’s rally speech prior to the 6 January Capitol insurrection had focussed simply on disputing the election result – the same thing Democrats had done when he won in 2016.

“To litigate questions of election integrity is not incitement to insurrection, it is the democratic system working as the founders and lawmakers have designed.”

He said to claim that the former president “wished or encouraged lawbreaking” was a “preposterous and monstrous lie”.

And he showed the hearing a tweet from Mr Trump on 6 January that read: “Please support our Capitol police and law enforcement.

“They are truly on the side of our country. Stay peaceful!”

The first attempt to impeach Mr Trump in January 2020, for abuse of power and obstruction of Congress, saw him acquitted by a majority of 52 votes to 48 for one charge and 53-47 for the second. Only one Republican voted against him on one of the charges.

At stake this time is not whether Mr Trump remains in office as president – he has now left the White House. But, such is the fury at his four years in power, Democrats want to make sure he is barred from running for federal office again.

Five people died in the chaos of the Capitol insurrection and its aftermath.

However, Democrats face a difficult task in securing a conviction and barring Mr Trump from public office given his continued popularity with many Republican voters.

If every senator votes, then at least 17 Republicans would need to turn against their former president to reach the required 67-vote threshold for impeachment to be successful.