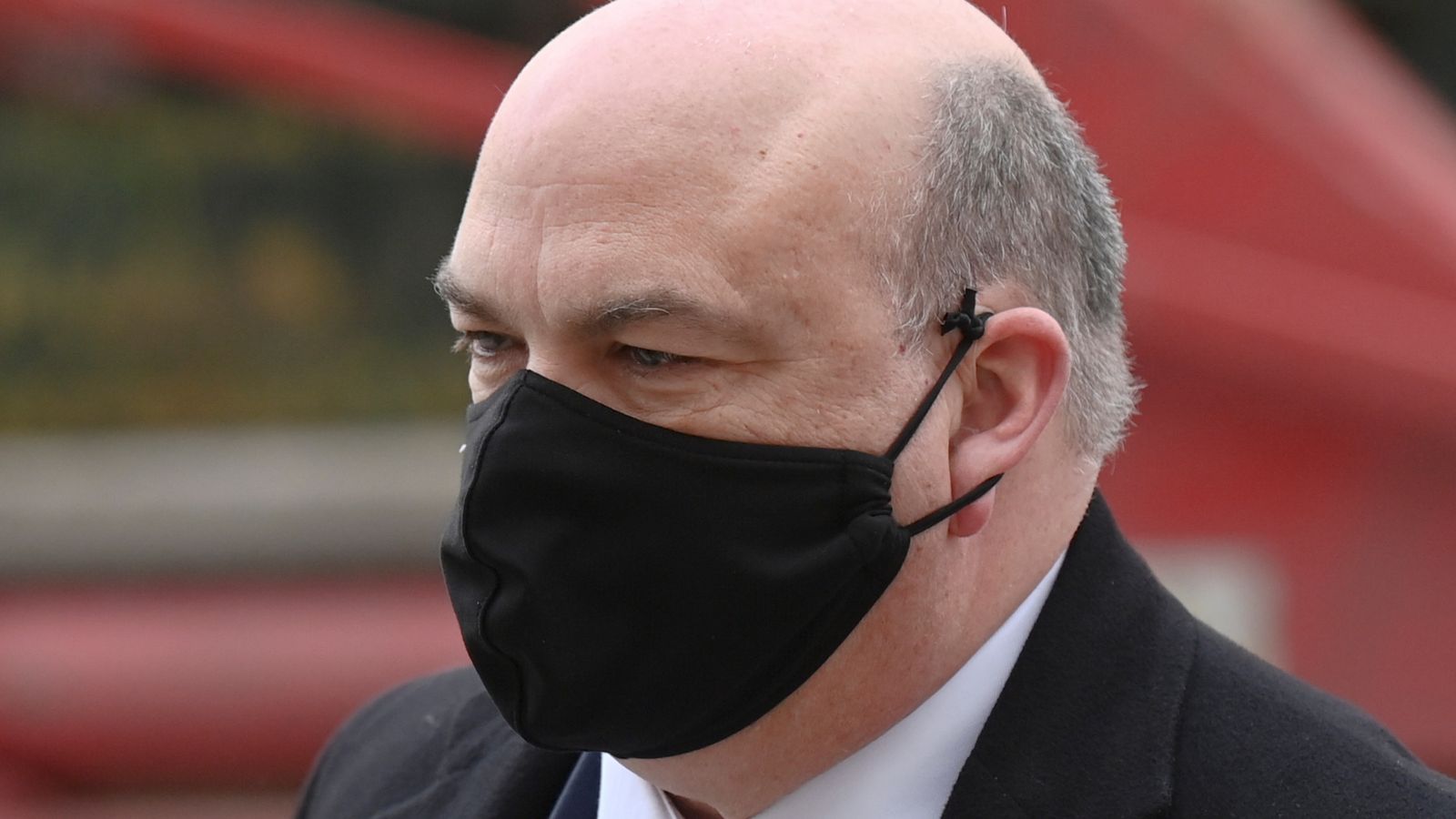 The £4bn flotation of Darktrace, one of Britain’s most prominent technology companies, has been dealt a severe blow by the resignation of one of the investment banks hired to lead it.

Sky News has learnt that UBS, the Swiss bank, has informed Darktrace that it is no longer able to work on the cybersecurity provider’s initial public offering (IPO), which is expected to be among the biggest floats in London this year.

UBS, which was appointed alongside Jefferies in November to spearhead the listing, is said to have told Darktrace that its compliance department had decided it could not file the Suspicious Activity Reports (SARs) required to fulfil its role.

That decision was taken in the context of the extradition proceedings launched this week against Mike Lynch, the billionaire founder of software company Autonomy and the first shareholder in Darktrace through his investment vehicle, Invoke Capital.

Mr Lynch has been embroiled in legal probes for years in relation to an alleged fraud that led Hewlett-Packard to pay $11bn for Autonomy in 2011.

UBS’s stance towards acting on Darktrace’s IPO is understood to have shifted in the wake of a Dutch court’s decision last month that Ralph Hamers, its new chief executive, should face investigation into a money-laundering scandal at ING, which he ran before joining UBS.

A source close to Darktrace described the bank’s resignation as “a UBS issue, not a Darktrace issue”.

This weekend, insiders at Darktrace insisted that its IPO remained firmly on track and said initial indications of interest from public market investors had been encouraging.

Jefferies will now lead the flotation, with Berenberg and KKR Capital Markets – a division of KKR, the private equity firm which is one of Darktrace’s largest shareholders – also in the banking syndicate.

Nevertheless, the resignation of a bank as an IPO sponsor is unusual in such circumstances and threatens to overshadow the company’s efforts to attract new investors.

Many of Wall Street’s leading banks opted not to pursue the mandate because of concerns about the legal cases involving Mr Lynch, who – a court was told this week – faces the possibility of being tried in the UK if his extradition to the US is blocked.

Some banks had questioned their ability to participate in the Darktrace IPO because Sushovan Hussain, the former Autonomy finance chief and a Darktrace shareholder, was sentenced to five years in a US prison for fraud in May 2019.

Boris Johnson said recently that he was satisfied that the extradition agreement between the two countries was working as it should amid protests from allies of the entrepreneur.

Although Invoke remains Darktrace’s biggest shareholder, Mr Lynch has no direct involvement with the running of the company.

One insider said that Darktrace was “proud” of Mr Lynch’s role in helping to build the company and that it was not seeking to distance itself from the entrepreneur.

Mr Lynch stepped down from the Darktrace board in 2018.

Sky News can reveal that Darktrace has picked Gordon Hurst – who chairs Featurespace, another Invoke-backed company – as its chairman to steer the company through its IPO.

Mr Hurst, a former executive at the outsourcer Capita, will replace Robert Webb, a former general counsel of British Airways, who has chaired the company since 2014.

Mr Webb, who formerly chaired Autonomy, chairs Luminance, another of the companies backed by Invoke Capital.

Darktrace is aiming to float in the spring, and has indicated that it believes a valuation of $5bn (£3.8bn) is achievable.

Invoke became the first investor in Darktrace after it was founded in 2013, since when it has grown rapidly, boasting more than $200m in annual revenue.

Darktrace has established itself as an international leader in the provision of artificial intelligence (AI) cybersecurity services.

Headquartered in Cambridge, Darktrace supplies software to corporate customers, helping them to detect abnormal behaviour on their networks.

It recently said it had passed $1bn in “cumulative bookings”, suggesting that its order-book has been substantially boosted by the coronavirus-inspired switch to remote working for millions of employees of multinational companies.

Growing demand for its products has underpinned some of its investors’ appetite to buy more Darktrace stock, with recent cyberattacks on companies such as easyJet and Honda again reinforcing the extent to which the security of multinationals’ networks and data is now a fixture on boardroom agendas.

Darktrace now employs more than 1200 people, and operates from 44 offices, with dual headquarters in Cambridge and San Francisco.

Last year, Darktrace appointed Cathy Graham, who has been involved in a series of technology company IPOs, as its chief financial officer.

Cybersecurity companies which have floated in the US, including Crowdstrike, have seen their shares surge immediately after listing, stoking Darktrace’s hopes of a bumper valuation.

Darktrace is one of a number of British technology ‘unicorns’ aiming to go public this year, with others including Deliveroo and TransferWise being encouraged by ministers to pick London over rival overtures from New York.

Later this month, a review led by the former EU commissioner Lord Hill is expected to recommend easing London’s listing rules to encourage more tech companies to go public in the UK.

Boy, 10, ‘shot mother dead after she refused to buy him VR headset’
Harvick to determine NASCAR future by Daytona
Some Meta employees claim they’re not getting promised severance
‘TikTok traffickers’ who use videos to advertise Channel crossings must face criminal action – MP
Supercar-maker McLaren in talks with investors about £250m fundraising