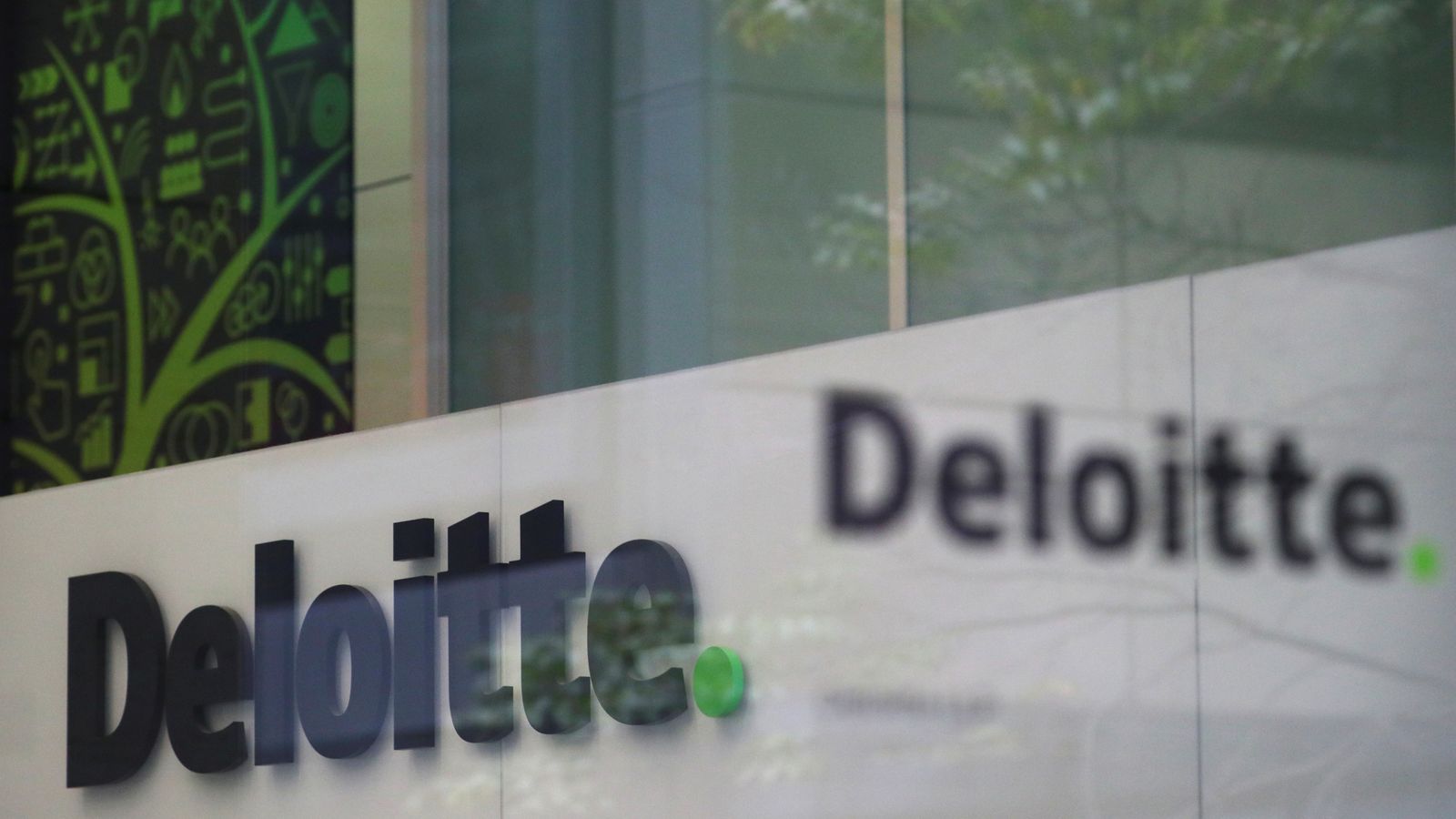 The shake-up of Britain’s big four audit firms is to continue in earnest when Deloitte unveils the sale of its restructuring arm to Teneo, a strategic consulting firm which advises many of the UK’s biggest companies.

Sky News has learnt that Teneo, which is backed by the private equity firm CVC Capital Partners, is in advanced talks to acquire the Deloitte business, which has been acting as administrator to the former retail empire of Sir Philip Green.

City sources said the deal could be announced as early as next week.

Deloitte operates one of the largest restructuring businesses in the UK, employing 30 partners and, in total, 350 people.

The deal, which analysts said was likely to cost Teneo “in the low hundreds of millions of pounds”, will represent the most significant disposal to date of a subsidiary by one of the major accountancy firms as profound reforms of the audit industry beckon.

The government is close to publishing a consultation paper on the audit sector that will pave the way for a fuller separation of the big four’s audit and consulting businesses.

Sky News revealed last autumn that Deloitte had kicked off talks with prospective buyers of its restructuring arm after being persuaded to optimise the proceeds of such a deal, rather than risk seeing an exodus of partners frustrated by growing restrictions on restructuring opportunities within audit firms.

For the Deloitte UK restructuring business – headed by Daniel Butters – the Teneo deal will plug it into a well-regarded global consulting and CEO advisory firm, while avoiding the conflicts which it currently experiences with Deloitte’s audit operations.

The deal is said to be attractive to Teneo because it will extend its business beyond its core communications consulting activity.

Teneo has in recent months bought a number of smaller restructuring firms, including Goldin Associates in the US and Credo in the UK.

If completed, the deal will underline growing pressure on the big four to eliminate conflicts which have seen a number of senior professionals leave for independent rivals such as AlixPartners and Alvarez & Marsal.

Private equity executives believe the financial profile of businesses providing restructuring services will be especially attractive in the coming years as the UK economy grapples with the fallout from the COVID-19 crisis.

Sky News revealed recently that HIG Europe, a private equity firm, was among the bidders for KPMG’s UK restructuring business.

KPMG has endured a torrid few days with the resignation on Friday of Bill Michael, its UK chairman, over comments he made on a call with colleagues.

Since the start of the pandemic, Deloitte has been appointed to oversee company voluntary arrangements for high street chains including New Look and Pizza Express, and has won roles as administrator to Victoria’s Secret UK and the Oasis and Warehouse fashion retailers.

The decision to explore a disposal of its restructuring business reflects the intense pressure on the largest auditors to eliminate the scope for conflicts of interest after a slew of accounting scandals involving corporate names such as BHS and Carillion.

There is a belief among the big four that the issue of conflicts will inhibit the growth of restructuring operations for as long as they are owned by one of the major audit firms.

The Financial Reporting Council (FRC), the audit watchdog, has effectively banned the big four from conducting consulting work for audit clients, and is implementing a new model known as operational separation to segregate the two sides of their business.

While the big four remain the most powerful players in the UK restructuring market, independent players have made substantial in-roads as they have capitalised on the challenge of managing audit conflicts.

UK and US rule out sending F-16 jets to Ukraine – as No 10 says it would be impractical
Polestar adds Luminar lidar to 3 SUV pre-orders, confirms it’s coming to Polestar 5 GT as well
Aptera’s clever new community funding program prioritizes your SEV delivery the more you invest
NIU launches a $100 scaled-down version of its electric scooter for kids
Police release image of new witness they want to speak to after disappearance of Nicola Bulley