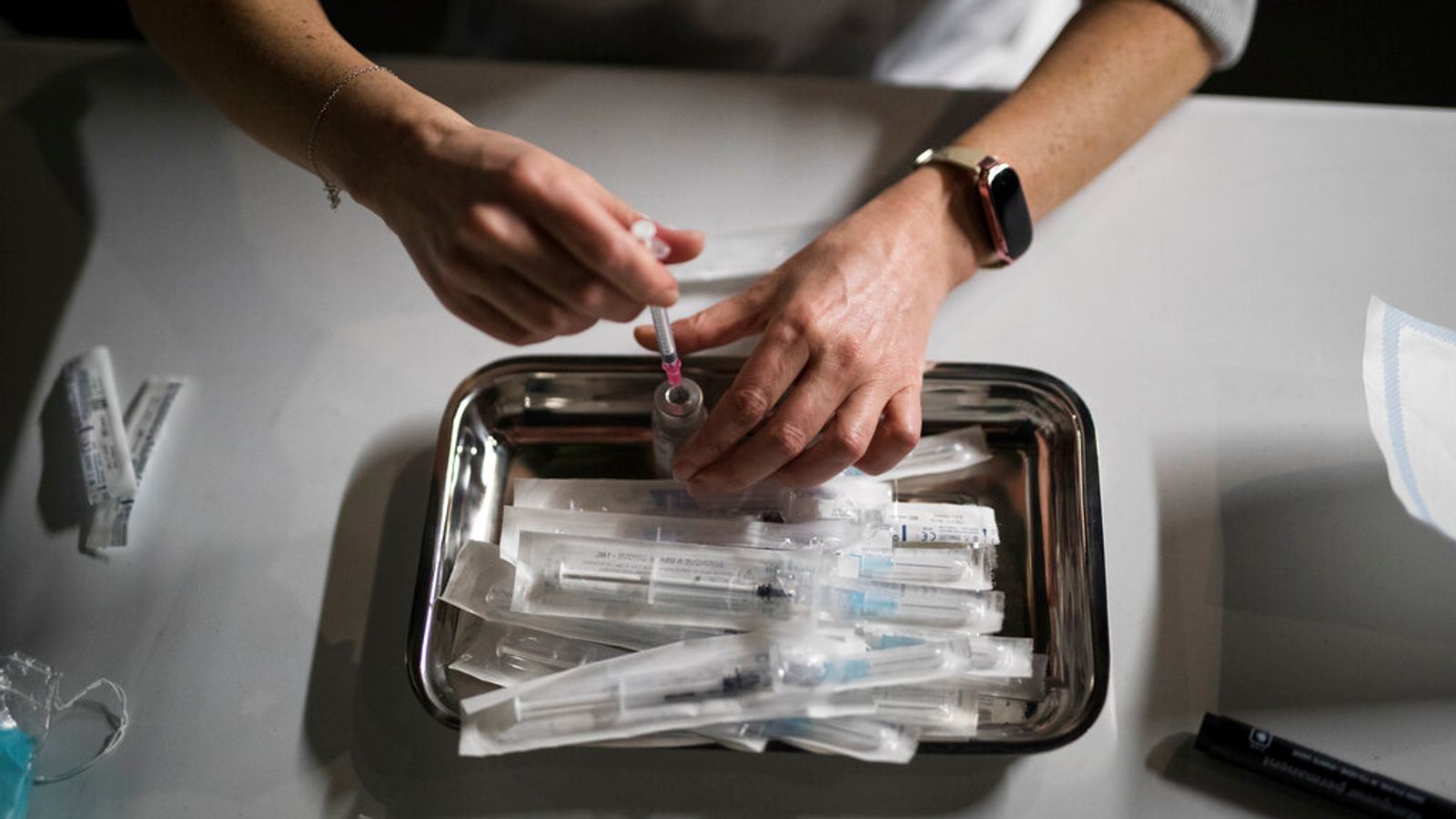 France’s top health authority has recommended that people who’ve had coronavirus only get one vaccine dose.

Those who have recovered from the virus have built an immune response similar to that brought on by a vaccine, said the High Authority of Health (HAS).

It said a single shot would “play the role of reminding” the person’s body how to fight the infection.

The vaccines approved by the European Union – made by Moderna, Pfizer and AstraZeneca – all stipulate two doses with a gap inbetween to achieve maximum protection.

France’s government has not yet said if it will accept the advice of the independent body, but if it does it could dramatically speed up its vaccination drive – which has been accused of being too slow.

Just over two million people have had at least one vaccine shot, compared with more than 14 million in the UK.

A small study at New York’s Mount Sinai medical school found people who had recovered from COVID had 10 to 20 times higher antibody levels after a first vaccine shot than people who had never had the virus.

They also retained higher levels after a second dose.

The results of the study – which tested 109 people – are preliminary but researchers said it suggested there would not be a negative impact of giving just one dose to a previously-infected person.

If the findings are backed up by other larger studies it could cause some countries – particularly those struggling for supplies – to rethink their vaccine strategies to achieve the greatest overall protection in the quickest time.

“It’s not surprising that the natural infection worked as a primer and the first vaccine dose is a booster,” said co-author of the study Dr Viviana Simon.

However, Dr Simon said it was important for people who had been infected not to miss vaccination completely.

She said having a shot would boost existing antibodies and also broaden the range of antibodies produced – which could be important as new variants circulate.

The seven-day average has been on a downward trend for 11 days and stands at 18,663.

Its latest daily figure for deaths was 320, with around 81,000 in total since the start of the pandemic.