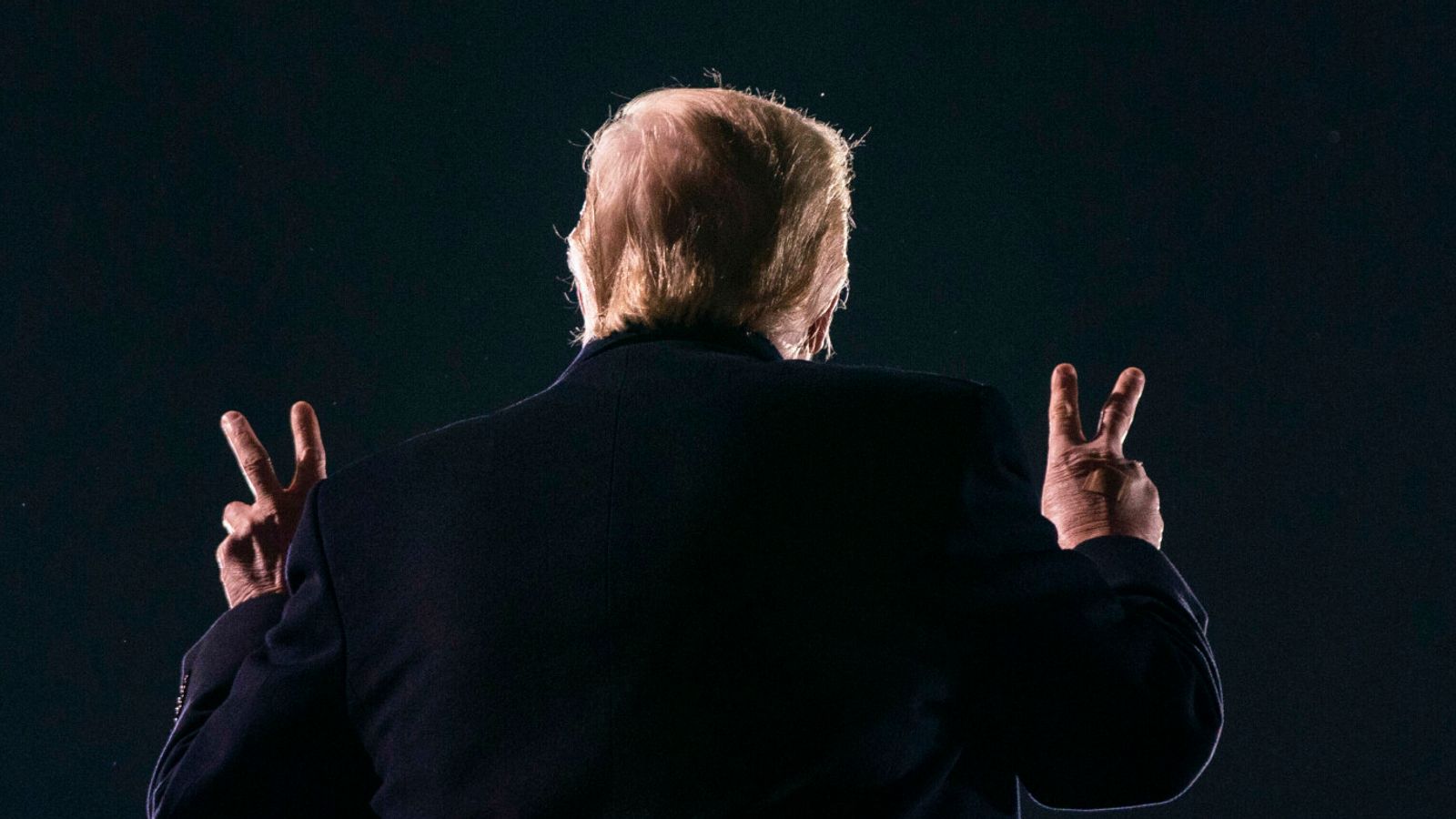 It all felt terribly preordained.

A Senate trial with next to no jeopardy – apart from a sudden jolt of it on the final day, when Democrats toyed with calling witnesses and the whole process looked like it could take weeks to conclude.

In the end, it finished as we knew it would – with Mr Trump acquitted of inciting an insurrection. 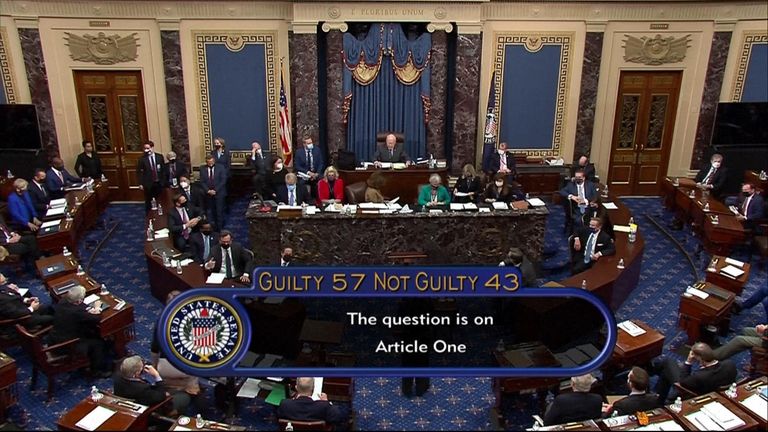 The moment Trump was acquitted

Democrats did have more on their side this time – an event the world watched play out on TV screens, rather than a confusing call to Ukraine. It was visceral, not abstract.

They had a team of managers with a wealth of powerful material, who were far more cogent and less grandstanding than in the first impeachment trial.

And they had the benefit of Republicans who had already publicly expressed indignation at Donald Trump’s conduct and language on 6 January.

Plus, they had a defence team that seemed to struggle to reach a clear argument.

But ultimately – and critically – many felt the Democrats didn’t have the support of the Constitution.

The early vote on whether it was constitutional to proceed with the trial gave us a very good idea of where the ultimate vote would land. Only a small handful of Republicans supported the Democrats pursuing the trial in the first place.

Of course, there was some nuance. Mitch McConnell, the Senate majority leader who voted to acquit the president, delivered an excoriating post-trial speech – claiming that Donald Trump was “practically and morally responsible” for provoking the Capitol riot.

So what stopped him voting to convict? The Constitution, he said. His belief is you can’t convict a former president. 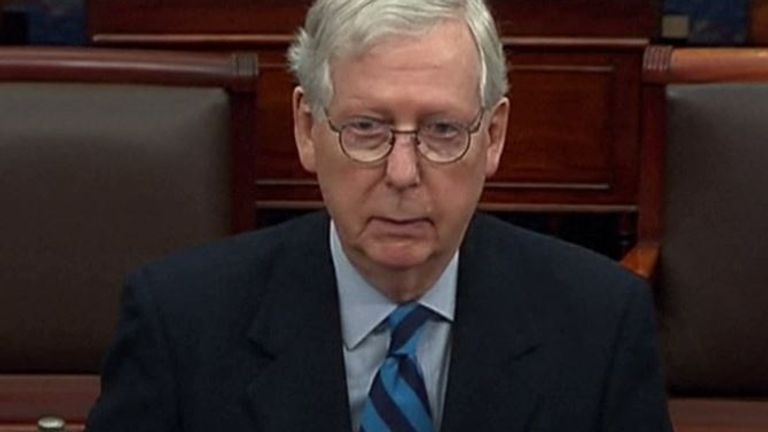 Democrats and critics viewed that pretty dimly. It is the same Mitch McConnell who could have decide to allow a trial while Mr Trump was still in office, and decided not to.

Democrats tried to frame it as a defining moment – a chance for people to carve their political legacies and to be forever remembered for calling out Donald Trump.

But the thing is, not enough people felt obliged or able to do that. It means the path is now clear for Mr Trump to run in 2024. A close friend of his tells me he’s convinced he won’t in the end, but will probably tease us with headlines about it for a couple of years.

The former president’s son, Donald Trump Jr, claims the Republican Party is Trump’s party. That’s more than rhetorical bluster. His father seems to have the party in a vice-like grip.

Yes, there are those like Nikki Haley, who have come out with lengthy critiques of Mr Trump. There will be many more to come. But when it mattered the most, the party backed him.

Now, they won’t be able to escape him. He doesn’t have Twitter, but he’ll find a way to make sure he’s heard. On those occasions – when it suits them to quiet rather amplify his voice – they’ll struggle to find the mute button.

Meanwhile, Democrats will have to be very selective about how much more they say. Joe Biden has made clear he doesn’t want to get dragged into impeachment commentary, with the American public still in the middle of a pandemic.

Shop worker held by police after Rudy Giuliani ‘slapped on the back’
Russia in first foreign debt default in over a century, bondholders claim
World UFO Day 2022: What Are UFOs and How Did the Theories Around Them Originate
‘The number of victims is impossible to imagine’: Missile strike on Ukrainian shopping centre with 1,000 inside
Boris Johnson says NATO members will need to ‘dig deep’ and prepare for a more dangerous decade