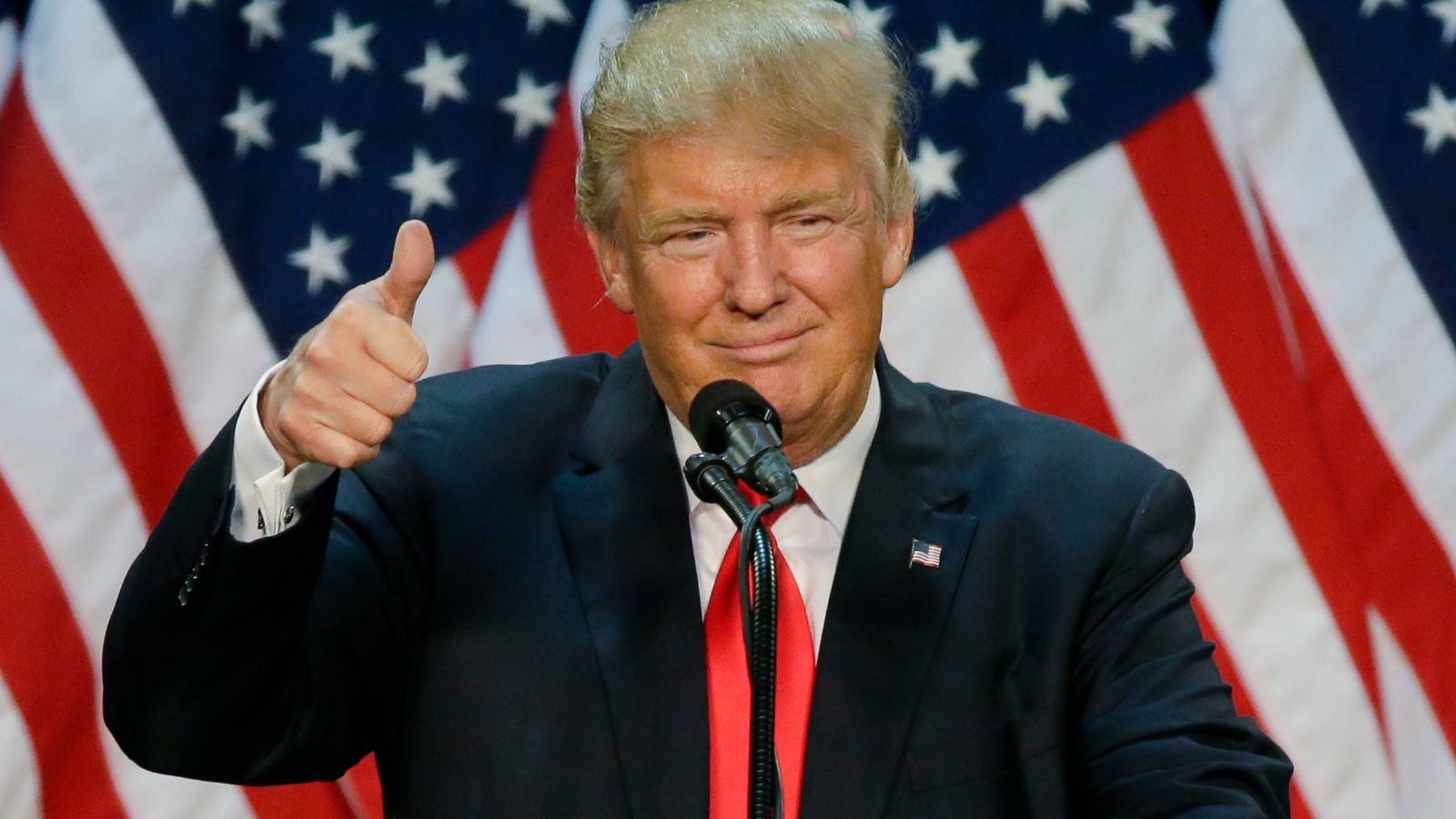 In rural Maryland, Scorpion Brewery is hosting a weekend event to drum up business.

It is the sort of combination in which America delights – special offers on very strong beer, allied with the opportunity to take up the sport of axe-throwing.

This is Calvert – a Republican county, set within a Democrat state. Among the customers, supporters of both parties, but also antipathy towards politicians in general.

Brian Dailey, the manager, is trying to bring together the two sides.

“People want normalcy back in their lives,” he told me. “The country is very divided, but we try to be civil here. You see people in Washington going back and forth at each other, completely divided, but that’s not what we want here.

“It’s all about sitting down and talking to each other and you’ll find that people aren’t horrible, if you are respectful. I’m the sort of person who wants to find common ground.”

Mr Dailey is a Republican, but not a Trump supporter. But among his customers we found plenty who want to see the former president return to the political fold.

“He’s a rich man who didn’t need to enter politics, but he did it because he cares about people,” one man told me. “We need him back now.”

Plenty maintain that the election was stolen, despite the absence of any proof, largely because they have lost faith in the political establishment. And that was a complaint I heard repeatedly in this quiet corner of America – that politicians in Washington, and particularly in the Senate, had not only lost touch, but were causing actual harm.

One drinker said: “The Democrats and the Republicans are fighting all the time in the Senate – so what does that say to us, the American public? What kind of an example is that?”

The simple fact is that, while politicians from both sides talk of the need for America to heal, that won’t be easy to achieve. For one thing, there are plenty who think that the idea of “healing” is predicated on the idea of political victory – that healing is fine, as long as it’s done on terms that suit one side or the other.

But the more obvious challenge for those who want to move on from the discord of the past four years is that Donald Trump still looms large over the American political scene. A towering majority of Republican voters still have a positive view of Mr Trump; among other voters, his approval rating is close to zero. He is one of the most divisive presidents America has ever known, and nobody is quite sure whether he harbours hopes of a return to the White House.

According to the bookmakers, Mr Trump is the clear favourite to earn the Republican nomination for the 2024 election. His supporters say he retains a huge loyalty among Republican voters; his detractors point out that he lost the last election so isn’t exactly a sure-fire winner. But, then again, plenty of his supporters think he was cheated of victory, anyway.

And has that dynamic changed because of his impeachment trial? It’s certainly become more complicated – Republican minority leader Mitch McConnell lambasted the president, but voted to acquit him. His critics can point to the Senate voting 57-43 to convict him; Mr Trump can say, correctly, that he was acquitted comfortably and has, once again, defied the efforts to topple him. 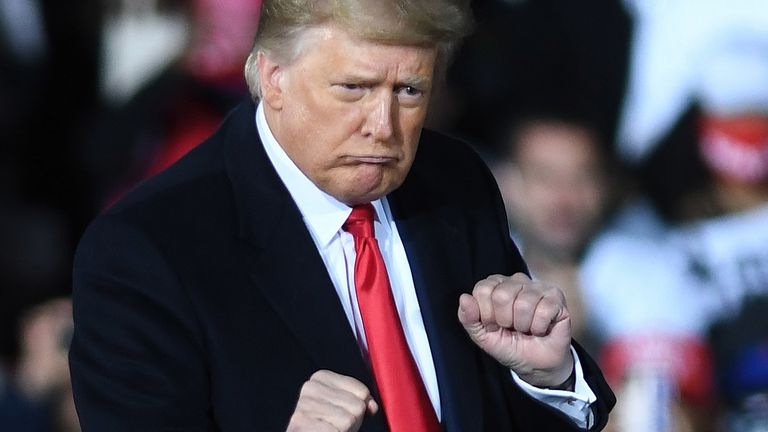 There is also no obvious challenger to his crown. Nikki Haley and Mike Pence will perhaps challenge him at some point, but Team Trump also includes sons, daughters, sons-in-law and daughters-in-law who are all developing their own political equity.

The greatest threat to Mr Trump now is probably the law. He is facing a slew of investigations, ranging from tax irregularities to sexual misconduct, as well as a criminal investigation into his alleged attempt to cajole election officials in Georgia.

On their own, these investigations may not harm him. But if he is convicted, then the consequences will be significant.

In Calvert County, the day is drawing to an end. The wind is growing colder and the axe-throwing stand is packing up for the day. And the customers – Republicans and Democrats – seem to be getting on just fine. The talk is of COVID-19, and schools and vaccines, rather than the impeachment trial.

At this sort of tiny, focused, local level, America still functions just fine. But when you look at the big picture, on a national scale, the wounds and the differences are clear. And the idea of healing seems, still, something for the future, not the present.