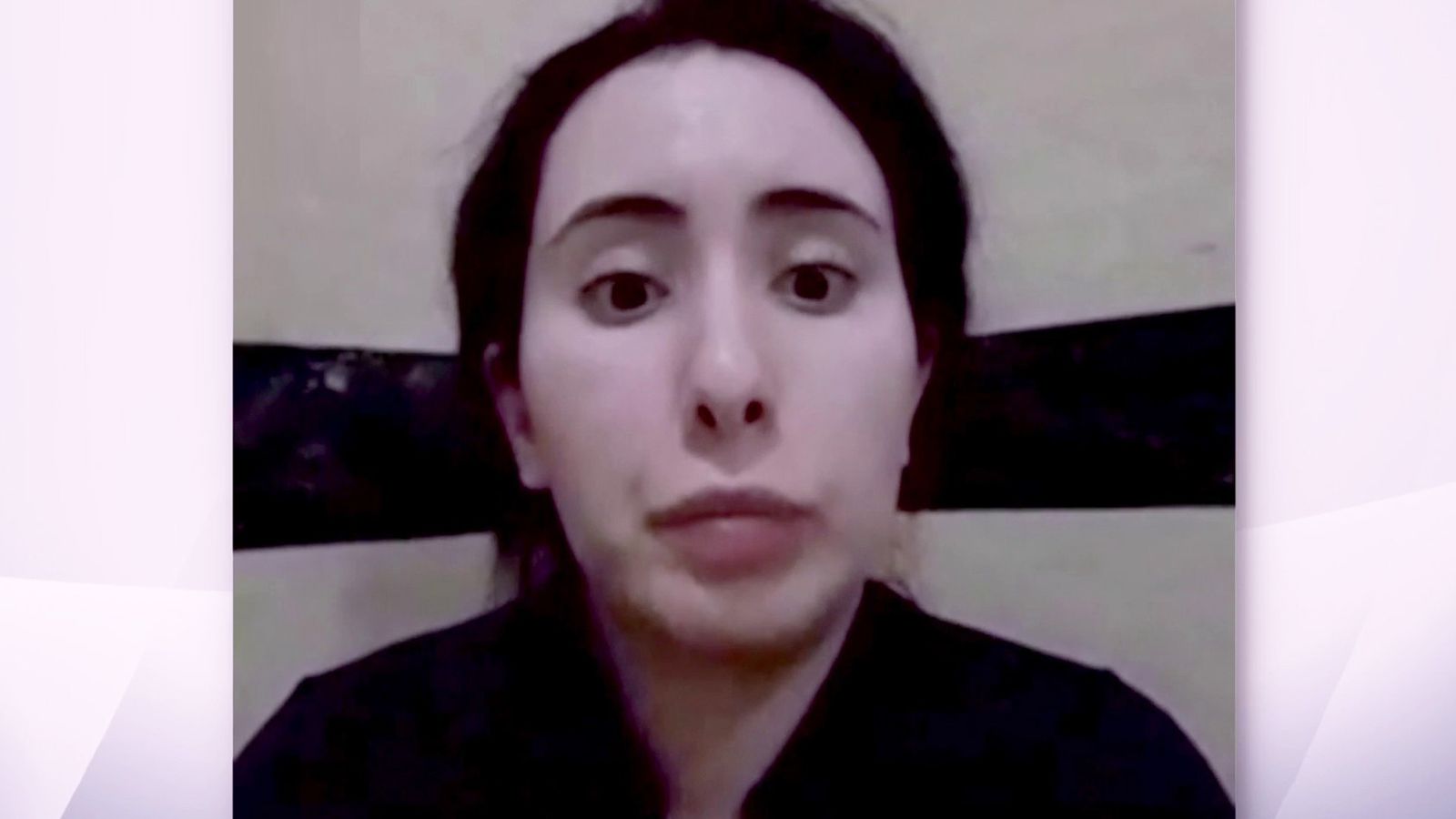 New details of the forcible return of Dubai’s “missing” princess reveal the moment the royal daughter knew her escape had failed – the sound of boots.

Princess Latifa is the daughter of Dubai ruler Sheikh Mohammed bin Rashid al Maktoum. She attempted to flee in 2018.

Until video messages emerged this week, she had not been heard from since her failed escape.

In previously unseen video messages released by Sky News, Princess Latifa said: “I can hear heavy boots, um, and people screaming and gunshots. And none of the crew wore boots. So I knew that somebody had boarded and the gunshots sounded very close.”

She attempted to escape her family three years ago by trying to sail across the Indian Ocean – but was brought back to Dubai in what the royal family say was a rescue mission after she was tricked by criminals seeking money.

The sheikh, a powerful and influential man regularly seen alongside heads of state such as the Queen, has previously said she is safe and well. The family say they wish to maintain her privacy.

Brought back to Dubai, Sheikha Latifa was held in a jail cell and then a royal villa – one with bars on the window, surrounded by guards.

She says she is a hostage in this villa, which Sky News can reveal is located near the popular tourist spot of Jumeirah beach.

While at the royal property, a phone was smuggled to her by friends. In the spring and summer of 2019, Sky News was able ask her questions and receive these video messages back.

In videos released on Wednesday, Princess Latifa, now 35, relives the moment she knew her desperate bid for freedom had failed.

She says: “It was very scary. In my mind, I assumed that somebody tried to shoot to protect us and then they were shot.”

She and her best friend Tiina Jauhiainen had gone below deck to get ready to sleep on the evening of 4 March 2018 when the fighting broke out.

She says: “We close the door of the room, we shut the lights, and then we went to the bathroom and we locked ourselves in because there was nowhere else for us to go and because everybody knew it was coming from upstairs.”

The room the two women were hiding in filled with smoke, forcing them upstairs where they were confronted by armed men.

“We went up and they all had their guns pointed at us… I kept saying ‘You can’t take me back, I want asylum and we’re in international waters. You can’t, you can’t kidnap me’. None of them cared.”

In the videos, she says she was injected three times with a sedative, but she continued to struggle.

She says: “I would say from the moment they started the kidnap until that point was maybe 14 minutes, the entire thing.

“They put me on a stretcher, tied my legs and tied me onto a stretcher. And then they were carrying the stretcher.

“And as they were carrying me up, the steps of the private jet is when I passed out, like I lost consciousness. All I remember was a rocking and seeing the stairs. And then I just passed out. ”

Once back on Dubai soil, she was taken to Al Awir jail. She describes the cell in one video message and provides more detail on what conditions were like.

She says: “It’s like a bed in the middle of the cell. And in front of the bed there’s a sofa and two policewomen sitting there and every eight hours they change.

“They’re constantly chatting. And I’m under bright fluorescent light with no switch. So the light is always on. So I cover my eyes with something to try to sleep.”

On her first day in the jail, a policewoman forced her to shower, as she was wearing bloody clothing after biting an Emirati soldier.

She said: “I remember the first day that I was there, um, like I was so tired. I was trying to sleep.

“And one of the police, she came up to me and she said, you can’t sleep.

“You have to go take a shower. And she was showing me that I had blood here like drops of blood. And it wasn’t from me. I think it was because when I bit [the soldier] like his blood splattered on my shirt.” 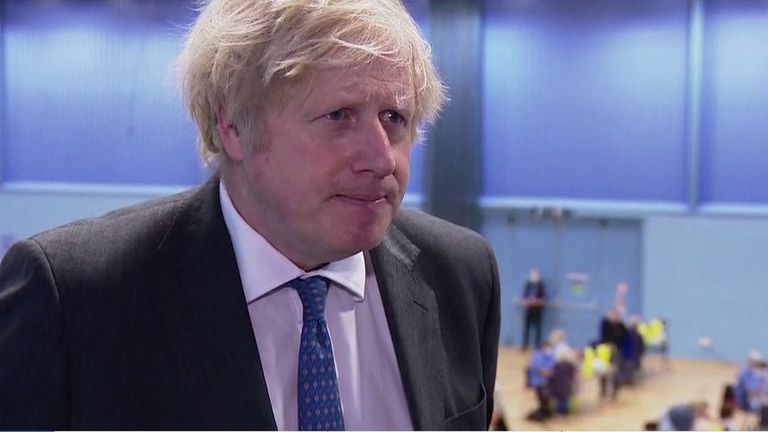 Boris Johnson expresses his concerns over the Dubai princess

She added: “I remember looking at myself in the mirror and my face was so bruised and swollen and I could see how sad I was.”

In video messages from Latifa released by Sky News on Monday, she said she was a hostage who had been beaten, drugged and imprisoned.

The United Nations, which was passed the messages, has said it will raise the matter with the country, while UK Prime Minister Boris Johnson says he is “concerned” about the sheikha.

Foreign Secretary Dominic Raab called for proof of life to be made available, saying the pictures of her are “very distressing” – adding that people want to see that “she is alive and well”.

What happened to Latifa was examined during a High Court battle between the sheikh and his now former wife, Princess Haya bint al Hussein.

In findings made public in March 2020, Sir Andrew McFarlane, presiding over the case, accepted that the sheikh had been responsible for the kidnapping and detention of Latifa.

The senior British judge also accepted the princess’s account that she had been drugged, beaten and detained following a previous escape in 2002.

Eyewitness testimony from Princess Haya was also accepted. She told the court she visited Latifa in December 2018 and found she “was held against her will. She was locked in a house, guarded from the outside and from the inside”.

The sheikh rejected the judgment, accusing it of being biased.

In a statement released at the time, he said: “As a head of government, I was not able to participate in the court’s fact-finding process, this has resulted in the release of a ‘fast-finding’ judgment which inevitably tells only one side of the story.”

Representatives of the sheikh have not responded to Sky News’ request for comment.