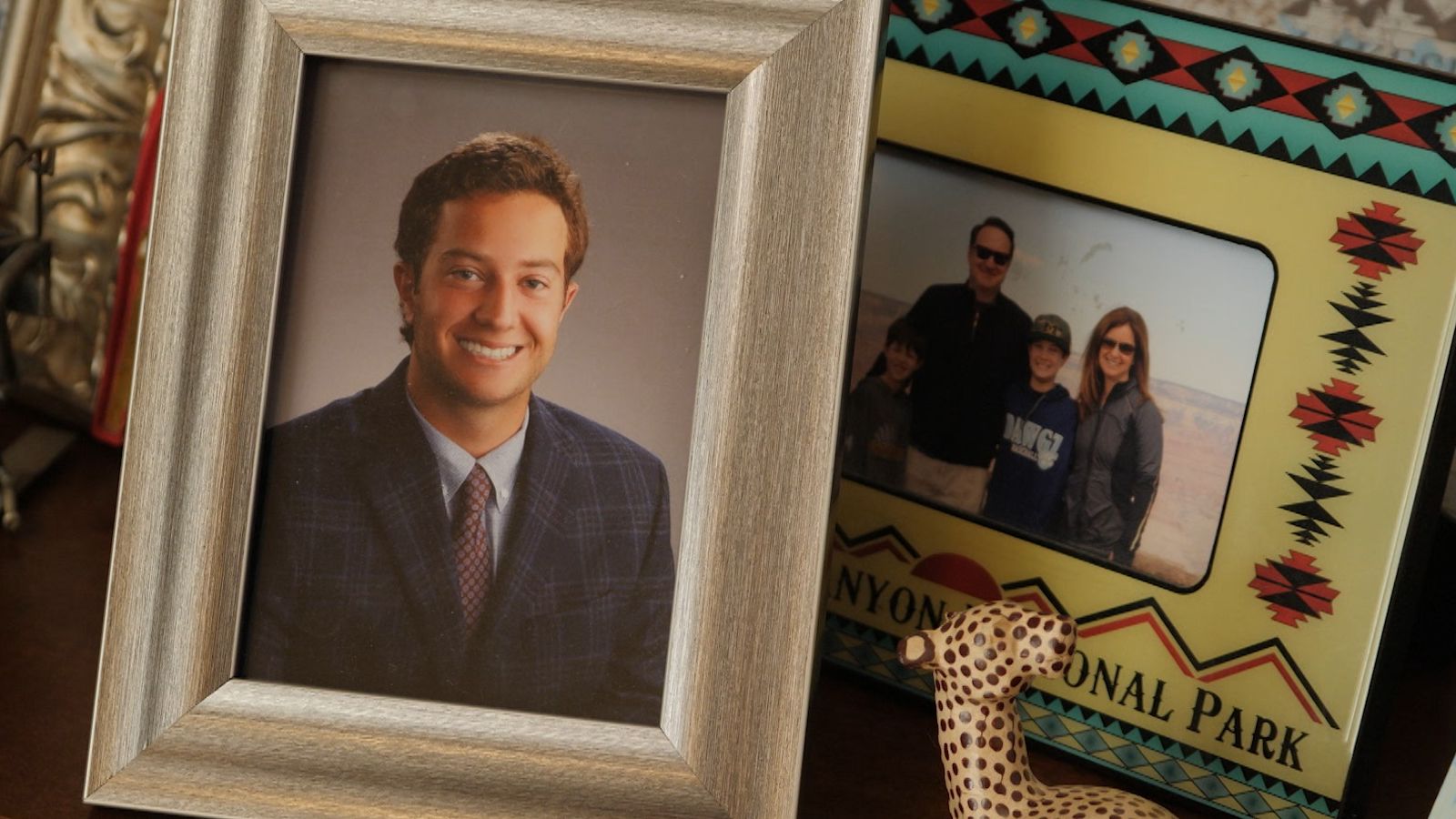 Dylan Buckner had made plans to see a female friend on Friday night. By 3.05pm on Thursday he had taken his own life.

Nothing in his behaviour that week had given anyone any cause for concern.

But the 18-year-old high school football star is, in the eyes of his family, one of the hidden victims of the pandemic.

As authorities wrestle with how to safely reopen schools, there is evidence in the US that closures have taken a huge mental health toll on students and their families.

“450,000 people and counting in the US have to have died of COVID, and that’s a terrible thing,” said Dylan’s father Chris. “I’m fortunate in that I don’t know any of those people. But I do know one person who committed suicide.

Dylan’s family has since learned that he was suffering from depression before the pandemic. But his death and an earlier suicide attempt in September, they say, are evidence of an increased burden.

It is in the desert of America’s west that the crisis of suicides among school students first set the alarm bells ringing.

Late last year, officials in Las Vegas, the fifth largest school district in the country, reported that an early warning system that monitors student mental health had issued thousands of alerts. The number of suicides has increased drastically.

It prompted an acceleration of plans to get students back into schools around Las Vegas and, across the country, the mental health toll is now part of the public health debate about re-opening classrooms.

Cities, school districts and teachers’ unions have become caught up in disputes about the safety of students coming back and the increasing urgency of the problem.

Lawyer Laura Grochocki, who runs the campaign group Remember America Action, has filed a lawsuit against the governor of Illinois for banning school sports while allowing professional teams to play.

“I’ve had parents call me off the hook begging us for help. It’s not only a suicide issue, but it’s hospitalisations over depression and eating disorders.”

She says students “lose their sense of self, they lose their identity, they lose what is valuable about themselves, they lose contact with their friends and they feel isolated”.

“We’ve just ignored it. We need to start having a conversation about the balance of things. Maybe we open up the rest of our society so that we can go on living and our kids don’t end up killing themselves.”

The heavy snow falling on Downer’s Grove High School in the Chicago suburbs adds a deadening softness to the sounds of the comings and goings of students. In truth though, the school already feels quiet and empty with barely half of pupils back in class.

In a bank of offices, the school’s team of counsellors offer virtual sessions to students in need – a need that is increasing.

Assistant vice-principal Vince Walsh-Rock, who runs the counselling and student support services department, said: “We started to see students who showed signs of depression differently that they had before, everything from not being able to take care of themselves, to just not getting out of bed, doing school from their bed, and not engaging in the class at all.”

Since March, Dyanna Boone has been attending her classes at Downer’s Grove remotely. The 17-year-old is still too concerned about the virus to return to in-person lessons.

“It’s been pretty difficult for me, especially staying remote this whole time, I haven’t had that interaction with other people as I’m used to,” she said.

She has been helping to support other students. “The people who are struggling are really struggling sometimes and they don’t feel like they have that support from the school because they just don’t understand it,” she said.

Even a full return to school will not solve the problem for everyone. “I would think, if I could predict the future for the next five to 10 years, we’re going to see students come through that have picked up trauma history around this and will continue to need special support,” said Mr Walsh-Rock.

Like Dylan Buckner, Trevor Till was a high-achiever. A star in school sports and musical theatre, an extrovert. “He was awesome,” his mother Lisa said.

In October, Trevor took his own life. During lockdown, Lisa said, she had seen “some of his light go out. It made him sad. It made him angry. He felt lost”.

Trevor’s family had seen no outward signs that he was likely to take his own life, but the absence of the friendship and routines of school and extra-curricular activities was having an effect.

The reasons for any suicide of course are complex and varied and it is difficult to definitively link any increase in statistics on suicide to school closures. But many families have seen a debilitating effect on their children.

Whether schools can fully re-open soon or not, Chris Buckner says there are lessons to be learned.

“The reality of it is that as much as we loved Dylan and I think he loved us and I think we were good parents and had a very strong family relationship, he just couldn’t open up to us about his struggles in the same way he could to his friends.”

The absence of school though, to Trevor’s mother, was pivotal.

“Kids need other kids, they need to be involved,” Lisa said. “They need to be in a classroom with their teachers. They’re missing all that interpersonal stuff that’s very important.

“I think there’s going to be a lot of PTSD from this. As a country, we’re not equipped to handle the mental challenges at all. I think we’re going to have a fight on our hands.”

Tesla Megapacks keep airport and US Coast Guard station powered during natural disasters
How the violent arrest of Tyre Nichols unfolded
Haiti is falling apart and there is no safety net – the perverse reality is that gangs have filled the gap
Spot the Sussexes: Is that Harry and Meghan at Ellen DeGeneres’s surprise wedding vow renewal?
Three emergency workers fired over inadequate care given to Tyre Nichols