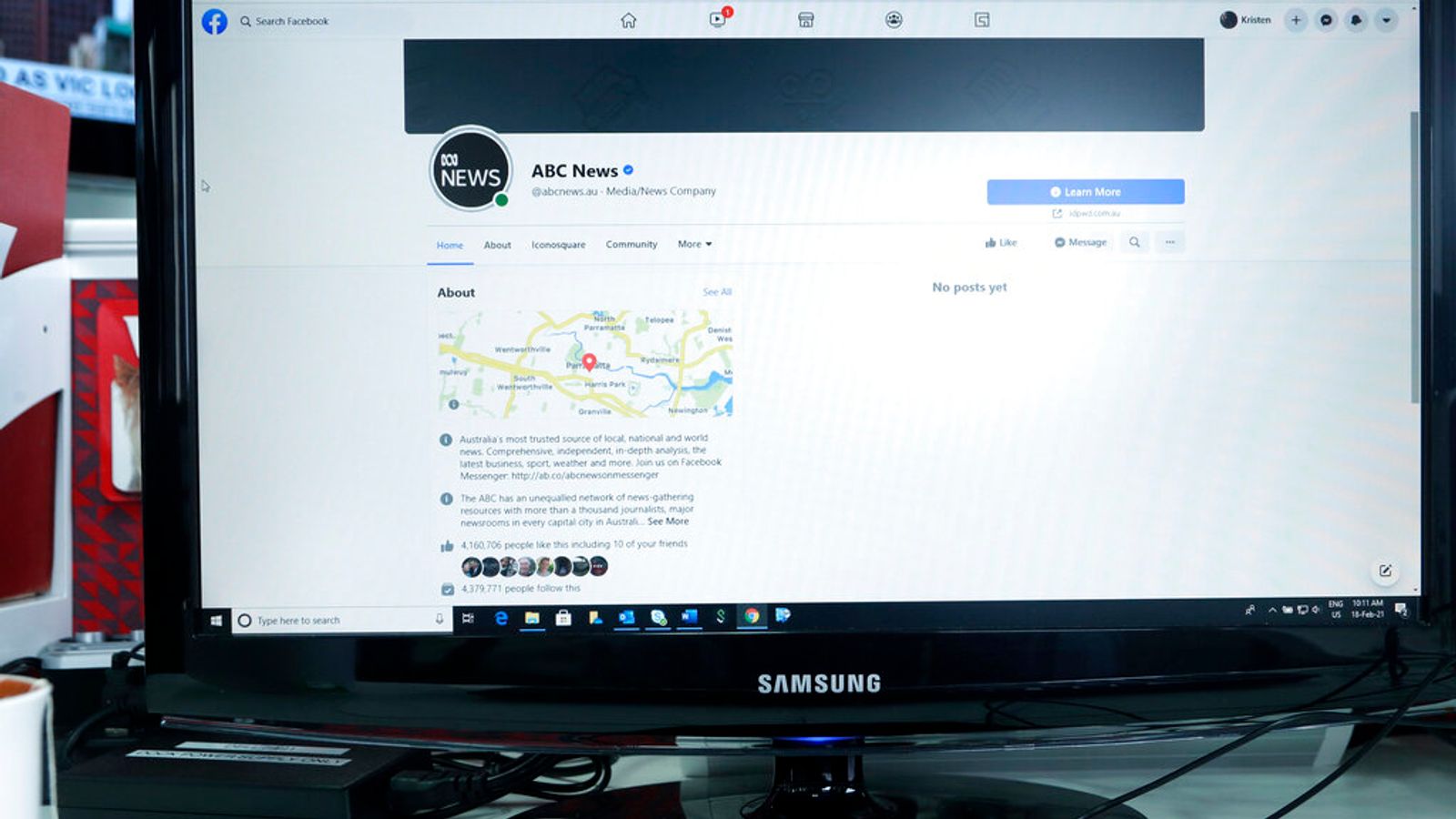 Facebook has been described as a “school yard bully” over its decision to block access to news media in Australia, rather than pay them.

Amid a row about licensing, Australians woke up on Thursday to find they could not share or view domestic and international news content on Facebook ahead of new a law which would force the platform to pay for including this content.

In response, the UK’s News Media Association chairman, Henry Faure Walker, described the ban during the global COVID-19 pandemic as “a classic example of a monopoly power being the school yard bully, trying to protect its dominant position with scant regard for the citizens and customers it supposedly serves.”

“Facebook’s actions in Australia demonstrate precisely why we need jurisdictions across the globe, including the UK, to coordinate to deliver robust regulation to create a truly level playing between the tech giants and news publishers,” Mr Walker added.

Facebook has launched a Facebook News tab in the UK after completing deals with many of the country’s major news providers, including Sky News, the Financial Times, and The Guardian.

Among the Australian pages to be blocked the company also appears to have accidentally blocked the Sky News UK page. Sky News licenses its name to an Australian broadcaster, but the organisations are completely independent.

This incident was not repeated with British newspaper The Guardian, which runs a Guardian Australia online brand – the latter of which has been blocked. A Facebook spokesperson said they were investigating the issue.

The move followed a review commissioned by the UK government and published in February 2019 that found Facebook and Google had a detrimental impact on British news media because they captured so much of the share of online advertising revenue.

Later that year, Sky News technology correspondent Rowland Manthorpe reported on how news media organisations were being put out of business by Facebook and Google.

Figures produced for Sky News research firm eMarketer revealed 61% of UK media advertising was going to either Facebook or Google.

The European competition commissioner Margrethe Vestager described the pair as “a de facto duopoly” but fell short of promising regulatory action, merely saying it was something her office was following.

The block in Australia follows its government drafting a law – which is expected to be passed within days – that would oblige Facebook and Google to reach commercial deals with news outlets whose links drive traffic to their platforms, or be subjected to forced arbitration to agree a price.

Although Google had initially threatened that it would remove Google Search from Australia if the law was passed, the company has now backtracked and signed several pre-emptive deals with news media organisations.

Facebook claimed the law “fundamentally misunderstands” the relationship between itself and publishers and it faced a stark choice of complying or banning news content.

The company’s action has been criticised by a wide range of groups, including Amnesty International, which said it was “extremely concerning that a private company is willing to control access to information that people rely on”.

Amnesty added: “Facebook’s willingness to block credible news sources also stands in sharp distinction to the company’s poor track record in addressing the spread of hateful content and disinformation on the platform.”

A spokesperson for Facebook said: “Our commitment to combat misinformation on Facebook has not changed. We are directing people to authoritative health information and notify them of new updates via our COVID-19 information centre.

At the same time as the block on legitimate news sites was implemented, Press Gazette reported that Facebook was taking money from Chinese media organisations for “propaganda” purposes.

These organisations include state-controlled media outlets China Daily and CGTN – the Chinese television station which Ofcom recently judged to be controlled by the Chinese Communist Party – the former of which promoted a documentary denying the state’s hostile treatment of Uighur Muslims in Xinjiang.

A company spokesperson told Sky News: “As part of our ongoing efforts to provide greater transparency around advertising, Facebook does not allow political ads to run without a disclaimer providing more information about who is running them. In this case, we disapproved a number of the ads shared with us for failing to declare they were political in nature, which meant they were not allowed to run on our platform.

|We want to help people better understand who’s behind the news they see on Facebook. That is why we also announced last year our plan to label media outlets that are wholly or partially under the editorial control of their government as part of our wider ads transparency efforts, and will continue to roll this out to more publishers.”

Refugee shot trying to reach Europe
More than 10,000 ambulance workers in England and Wales to strike on two days in December
William and Kate arrive in US as prince distances himself from race row
UK ‘is already in a recession which is expected to last into next year’
What’s the status of California’s upcoming $10M electric bike rebate program?