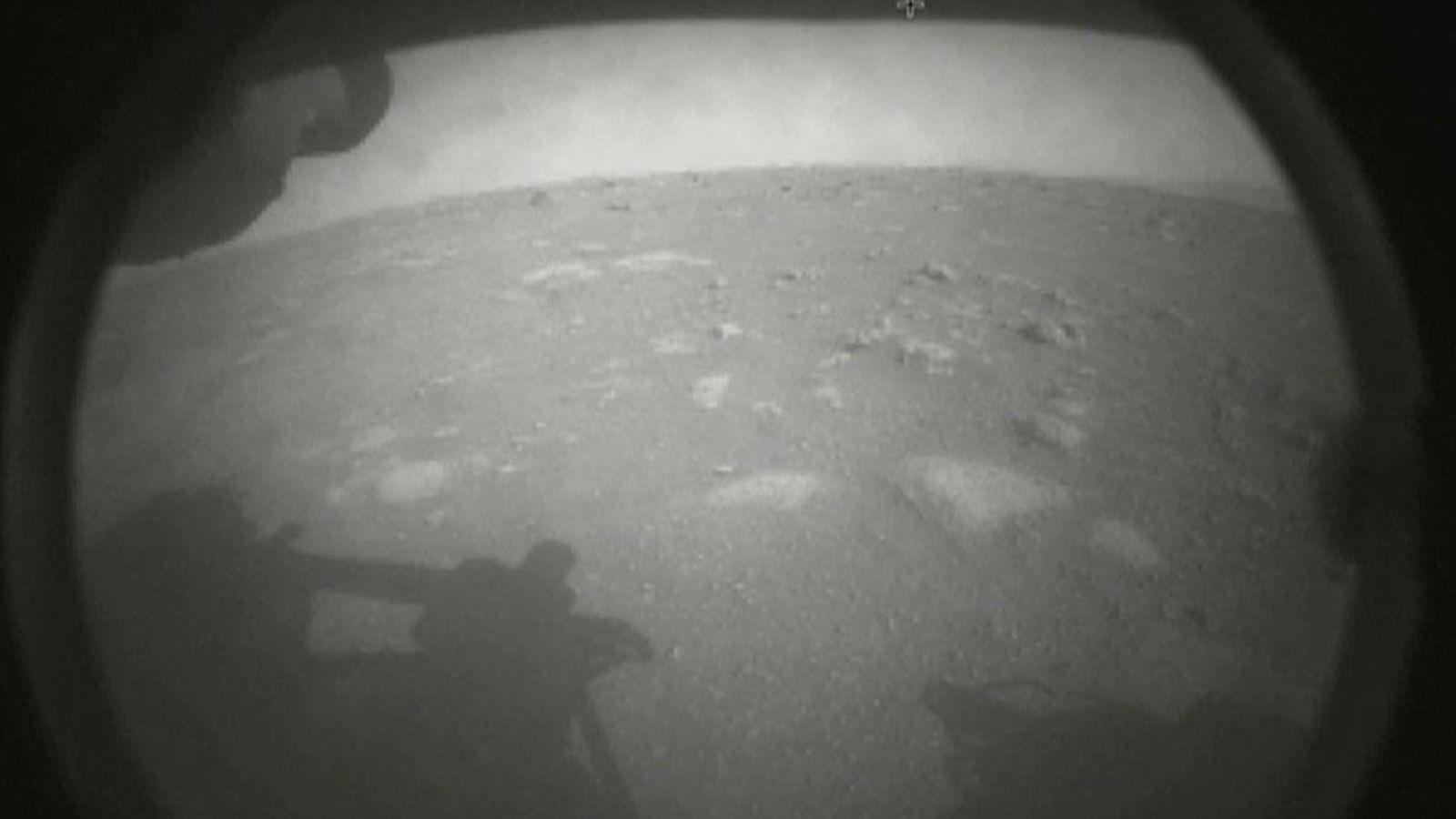 NASA’s mission to search for signs of ancient life on Mars has sent back its first images from the surface of the Red Planet after a successful landing.

The historic moment was the culmination of a seven-month journey in space and a considerably shorter trip through the Martian atmosphere.

It had taken about 11 minutes for confirmation from radio signals travelling at the speed of light between the two planets.

Ground controllers wearing masks jumped up from their seats after hearing the words “Touchdown confirmed! Perseverance safely on the surface of Mars” from flight controller Swati Mohan following an agonising wait.

Perilous was the word chosen to describe the seven minutes between the car-sized Perseverance rover entering the atmosphere at 12,100mph – 16 times the speed of sound – and reaching the ground.

Slowing as it plummeted, it released its 70ft parachute and then used a rocket-steered platform known as a sky crane to lower the rover the final 60ft to the surface.

Steve Jurczyk, NASA’s acting administrator, said in the moments after: “It’s amazing to have Perseverance join Curiosity on Mars and what a credit to the team. 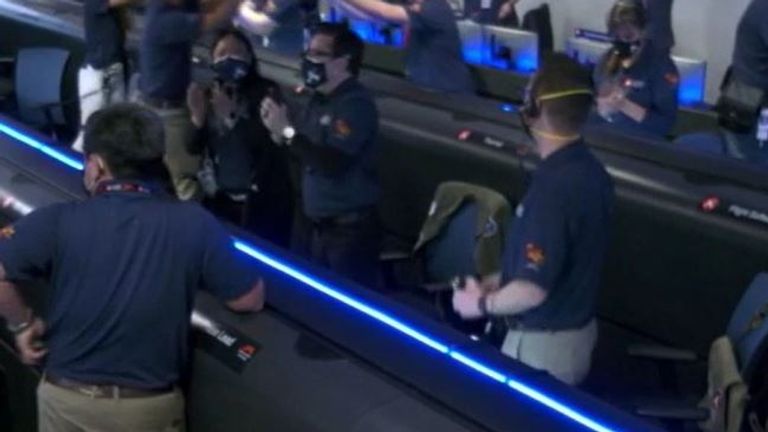 Perseverance touches down on Mars, much to the relief of all involved

The success will mean relief for NASA managers, especially considering the $2.7bn (£1.9bn) price tag – most of which was already spent on research and development.

However, the hard work for the scientists begins now.

Perseverance touched down safely in an ancient river delta and former lake on the Martian surface known as the Jezero Crater. Here it will drill deep down into the sediment of where an ancient river once flowed, collecting material that may hold signs of life.

The Jezero Crater is full of obstacles and dangers to the rover, including boulders, cliffs, sand dunes and depressions – any one of which could end the mission, as the rover drives along the surface.

But the deposits in the crater are rich in clay minerals, which form in the presence of water, meaning life may have once existed there – and such sediments on Earth have been known to store microscopic fossils.

Scientists have also noted that the crater doesn’t have a depth which matches its diameter, meaning sediment likely entered the crater through flowing water – potentially up to a kilometre of it.

The carefully selected samples of Martian rock and soil won’t be analysed immediately though, but sealed in tubes and left in a well-identified place, or more than one spot, on the surface of Mars for a future mission to collect.

“Detailed maps will be provided for any future mission that might go to Mars and pick up these samples for study by scientists,” explained NASA.

The rover will also include the first test of producing oxygen from Mars’ carbon-dioxide atmosphere, paving the way for human explorers to use natural resources on Mars.

Perseverance is also equipped with a miniature helicopter named Ingenuity, which weighs just 4lb (1.8kg) and will be the first rotorcraft to fly on another planet, although that test mission isn’t due until a while after the landing.

“The laws of physics may say it’s near impossible to fly on Mars, but actually flying a heavier-than-air vehicle on the Red Planet is much harder than that,” NASA quipped.

The little chopper underwent a series of drills simulating the mission in a testing facility in California, including a high-vibration environment to mimic how it will hold up under the launch and landing conditions, and extreme temperature swings such as those experienced on Mars.

Norway’s gigantic sovereign wealth fund loses a record $164 billion, citing ‘very unusual’ year
24 star Annie Wersching dies at the age of 45
No 10 admits ‘very difficult’ day ahead as hundreds of thousands of workers go on strike
UK economy to fare worse than any country in developed world, including Russia, this year – IMF
No 10 insists UK economy is strong despite IMF warning it will fare worse than any other in developed world – including Russia