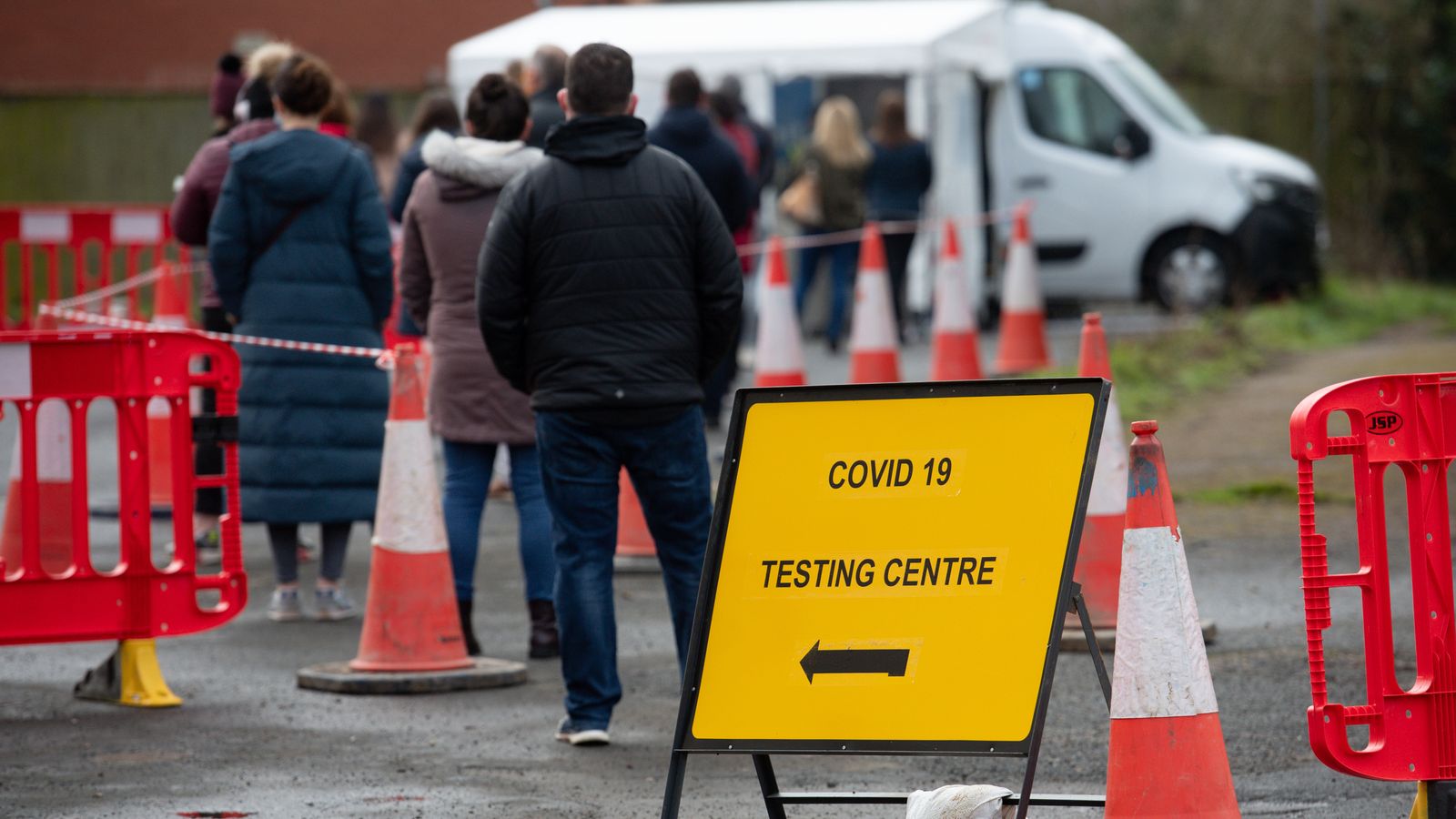 Surge testing is to begin in an area of Leeds to try to control the potential spread of the South African variant of COVID-19 after more cases were found.

The Department for Health and Social Care (DHSC) said people living in the postcode LS8 are encouraged to take a test when offered, whether they are showing symptoms or not.

The extra testing will begin next week in the Harehills area and the area just north of Easterly Road where the variant was first identified.

Leeds City Council said two cases were confirmed in a household in early January but that the residents isolated and made a full recovery.

Victoria Eaton, the council’s director of public health, said: “There is absolutely no indication of live cases of the South African variant in the LS8 area, and no evidence of a greater risk of transmission for local people.

“Levels of infection have been falling in these areas of Leeds over recent weeks, in line with improving infection rates right across the city, which is really positive news and we want to do all we can to keep these rates falling.”

The DHSC said there will be additional testing and genomic sequencing deployed but also encouraged people to continue to adhere to the lockdown rules.

Residents are being encouraged to take a coronavirus test if they live in the following other areas:

On 16 February it was reported that a total of 217 confirmed or probable cases of the South African variant have been discovered in England, a rise of 15 since the last update on 11 February, according to Public Health England.

Why is Rick Astley suing rapper Yung Gravy?
Wyshynski: Predicting every NHL All-Star’s impact for the rest of the season
‘It changed me’: The investigation into one of history’s worst space disasters – and its legacy
ChatGPT introduced AI to the masses and it’s already affecting us
One of UK’s most wanted arrested in Morocco over Essex drive-by shooting