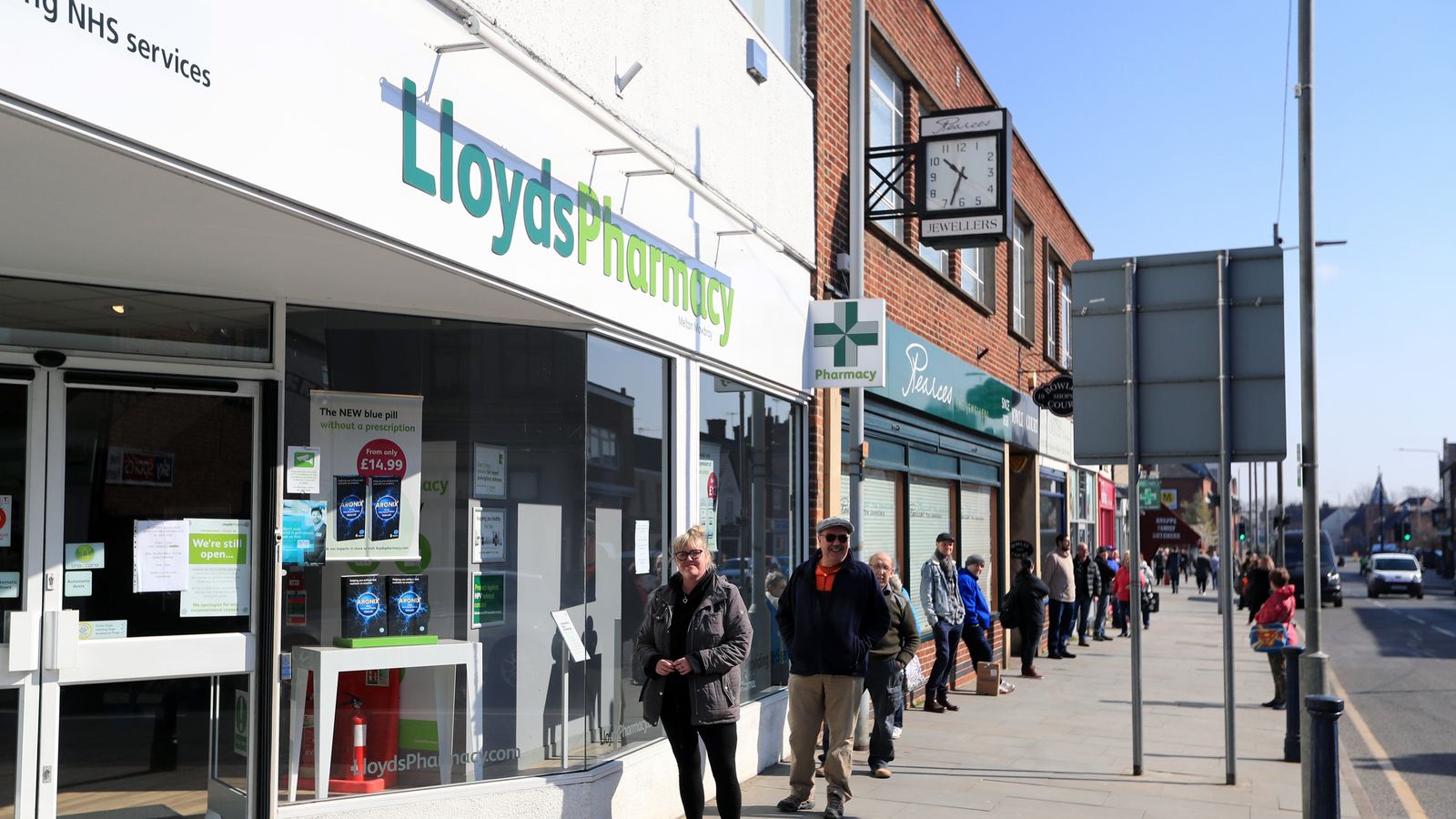 The boss of LloydsPharmacy is facing questions from a prominent MP about its treatment of employees as its American owner plots a £400m sale of the chain.

Sky News has seen a letter from Robert Halfon, a member of the Conservatives’ 1922 Committee, to Toby Anderson, chief executive of McKesson UK, querying prospective changes to staff overtime and sick pay rates.

People close to LloydsPharmacy say that McKesson UK, which is in talks with potential bidders, is proposing to slash overtime and sick pay, move its workforce to a six-day working week including Saturdays, slash bonuses and remove a heavily subsidised private healthcare scheme.

Unison, the trade union, has approached LloydsPharmacy with an offer to help negotiate a revised deal but told members this month that this had been rejected by the company.

The union has now informed LloydsPharmacy that “we are now in dispute and will move to a full ballot on industrial action”, according to a notice sent to workers.

It describes the company’s approach as a “fire-and-rehire” strategy which includes only paying employees on sick leave from their third day of illness onwards.

“We find it shocking that Lloyds would consider this during a global pandemic that has made it abundantly clear how important paid sick leave is to workers, companies and society at large,” Unison said.

In his letter to Mr Anderson, Mr Halfon said he was “deeply concerned by these representations from my constituents”.

“The measures that Lloyds are proposing will significantly hurt staff and have a huge impact on their cost of living.”

He added that he would be tabling a Commons motion on Monday on behalf of constituents.

Earlier this week, Sky News revealed that McKesson Corporation had hired bankers at Barclays to explore a sale of its UK operations, which also include All About Health, the UK’s biggest drugs wholesaler.

By some measures, McKesson is the biggest competitor in the UK to Boots the Chemist and its parent company, Walgreens Boots Alliance.

LloydsPharmacy operates a network of more than 1400 sites across the UK, employing more than 17,000 people.

Hundreds of its outlets are based in GP surgeries.

The LloydsPharmacy estate was assembled over decades through the absorption of prominent industry names such as Savory & Moore, Cross & Herbert, Kingswood GK and Hills Pharmacy.

In 2016, the company bought Sainsbury’s network of nearly 300 in-store chemists.

LloydsPharmacy became part of McKesson in 2014, when the American group bought Celesio in a £5bn deal.

McKesson also owns John Bell & Croyden, a royal warrant-holding pharmacy in London’s Mayfair which has been enlisted as part of the government’s COVID-19 vaccination programme.

John Bell & Croyden opened in 1798 and claims to have been Her Majesty The Queen’s pharmacist since 1958.

In accounts filed at Companies House for the year to 31 March 2019 – the most recent statement available – loss-making LloydsPharmacy described it as “another exceptionally challenging year”.

In a statement, McKesson UK said it was “working through a detailed and meaningful consultation process with our colleagues on standardising our terms and conditions of employment”.

It insisted that the majority of employees had accepted the changes, while those at LloydsPharmacy Clinical Homecare (LPCH) were “still under consultation at present”.

The statement added: “From previous experience of consulting with our employees, we do not anticipate invoking a termination and re-hire process with any of our valued colleagues, and feel this action would be highly unlikely.

“We are in early discussions with Unison and are working through ACAS, however, we continue to have regular and open dialogue with our colleagues directly.

“We are hugely grateful to all of our colleagues for their on-going hard work and we are proud of how they have continued to support our patients and customers throughout the pandemic.”