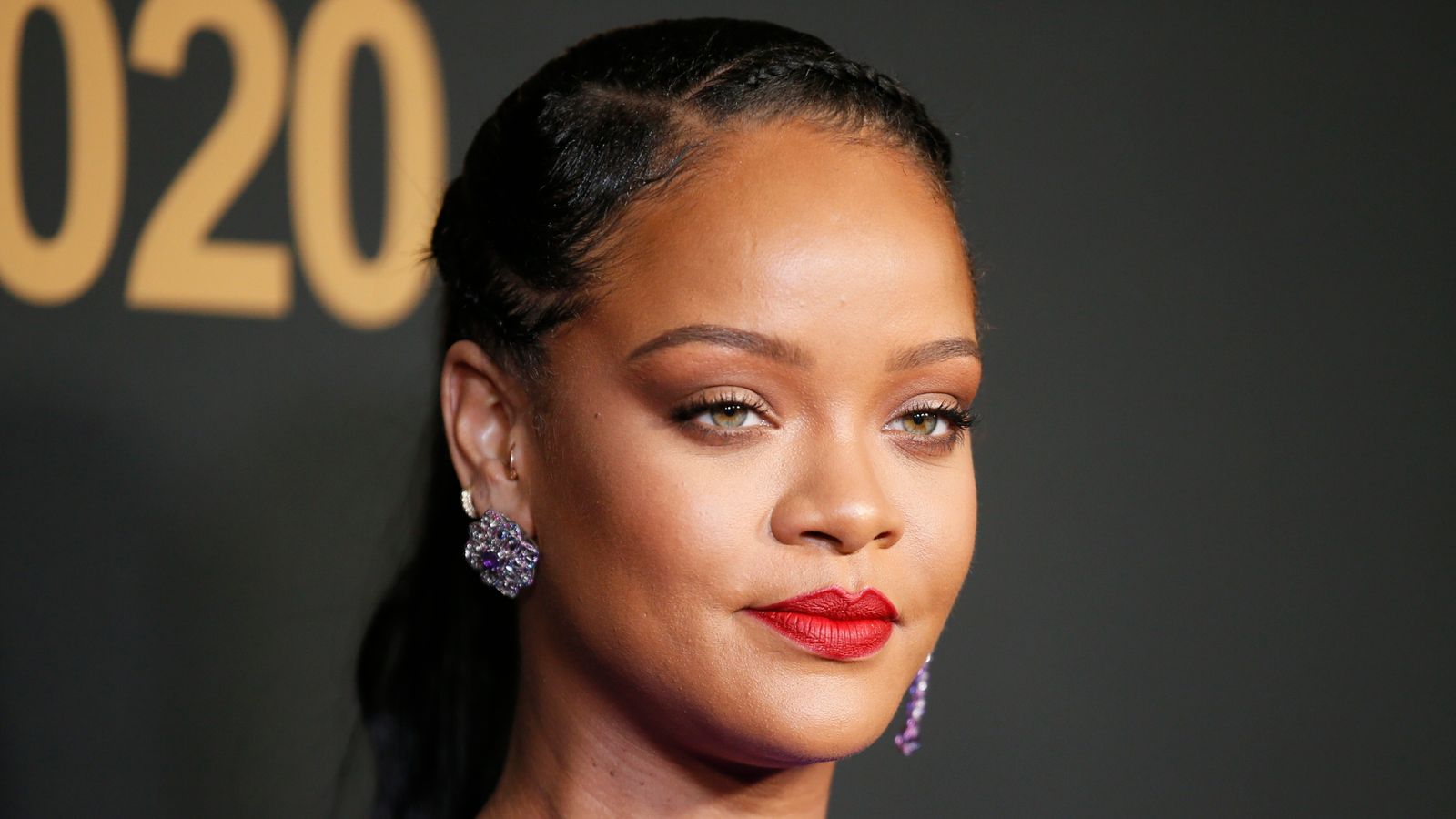 Rihanna has been accused of cultural appropriation after posing topless in an Instagram shot, wearing just silk boxers and a necklace featuring the Hindu god Ganesha.

The singer and designer was promoting her lingerie line Savage X Fenty, but has angered some fans by choosing the religious deity as part of her fashion apparel.

Ganesha, or Ganesh – who has the head of an elephant – is one of the best-known Hindu gods and is worshipped for his wisdom and association with success.

However, her pairing of the white beaded pendant with just a bare chest, tattoos and pants led to a backlash on social media, with one fan calling it “disrespect 101”.

Another wrote: “Dear Rihanna, plz stop this nonsense. Super offensive wearing Ganesha like that. Our first god, a holy sentiment to millions of people celebrating Ganesh Chaturthi every year. Sorry Ri, u disappointed me &others u u have crossed d limits [sic].”

While a second commented: “You’re wearing a deity necklace and a Murthi [the image of an idol] of my culture that’s already been culturally appropriated enough. How is this OK when a person has more than enough resources to at least find out the meaning and significance of the chains and the pendant around their neck?”

Someone else questioned: “Why the Ganesh God pendant for selling lingerie?”

Others felt that Rihanna was using the religious icon for shock value, commenting: “First having a lingerie campaign in a temple. And now this… at this point she’s just doing it on purpose.”

It’s not the first time the 32-year-old has been accused of cultural insensitivity.

In October last year, Rihanna apologised to the Muslim community for her “unintentionally offensive” use of sacred texts during another lingerie fashion show, after using a song featuring a sample from Islam’s sacred Hadith texts.

After online criticism, she thanked fans for highlighting the issue, calling it an “honest, yet careless mistake”.

Earlier this month, Rihanna stepped into the political arena to show her support for Indian farmers protesting in New Delhi over new agriculture laws they say will destroy their livelihoods.

The star’s tweet, shared with her 101 million followers, angered the Indian government, who later criticised celebrities backing the cause on social media, claiming they were neither “accurate nor responsible”.

How much money do gas tax holidays actually save drivers? What we know, based on 3 states that put temporary suspensions in place
The race to make green hydrogen competitive is on. And Europe is building industrial-scale electrolyzers to help
Brexit will leave workers poorer than they would have been and has damaged Britain’s competitiveness, new study says
Source of polio virus could be narrowed down to house or street, minister says
The new tactics being used by ‘crash for cash’ scammers and the 10 new areas they are targeting