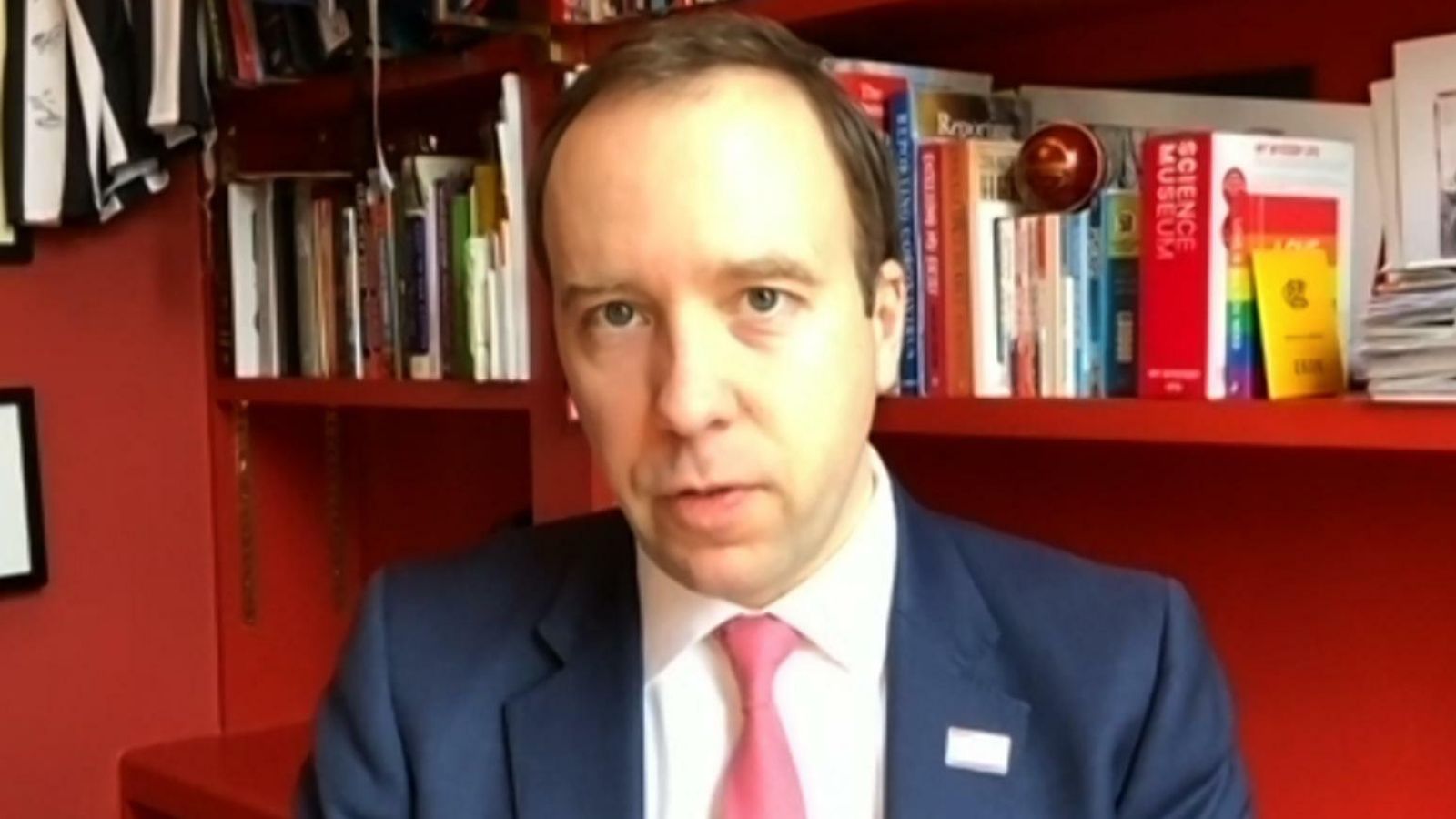 The number of cases of South African and Brazilian COVID variants in the UK appears to be falling, the health secretary has told Sky News.

Matt Hancock said there was evidence that enhanced contact-tracing and stricter border measures were helping to control the number of people being infected by those new variants first discovered abroad.

“We’ve now got a much stronger vigilance in place, because everybody coming into the country has to be tested and we sequence the results of those tests,” he told the Sophy Ridge On Sunday show.

“And we’ve also got a very strong set of actions working with the local authorities very specifically in the areas where a new variant is found.

“We hit it hard and send in enhanced contact-tracing and go door-to-door.

“We’ve now got this programme in place to be able to really, really try to stamp out a new variant where we see it.

“There is evidence that is working.”

But Mr Hancock, who set out the government’s aim to offer all adults in the UK a vaccine by the end of July, added the UK needed to be “vigilant” against the spread of new COVID variants.

“If one of these new variants doesn’t respond to the vaccine as well as the others – as well as the standard variant in the UK, which is the Kent variant – then, if that’s the case, then that’s obviously a very serious risk for the vaccination programme,” he said.

“We’re doing a lot of work to find out the impact of the vaccine on these new variants – especially the ones discovered in Brazil and South Africa – because, clearly, the answer to that question is critical to understanding how much of a risk the new variants pose.

“But the good news is the actions we’re taking right now do appear to be working.”