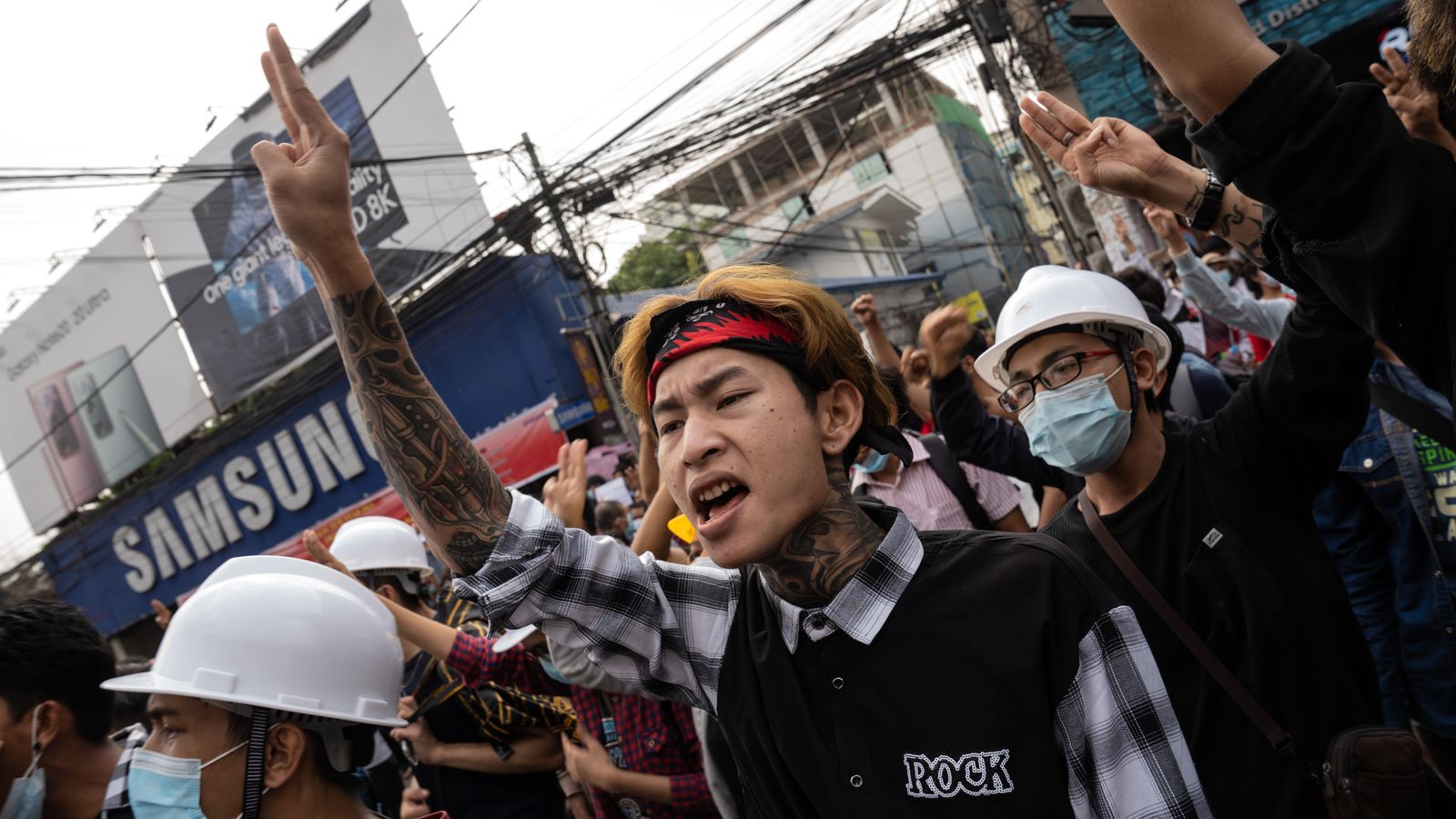 The UK foreign secretary is to demand the instigators of the coup in Myanmar stand down and release the country’s leader Aung San Suu Kyi.

In an address to the UN Human Rights Council on Monday, Dominic Raab will say the democratic wishes of the nation should be respected, and violent scenes like those over the weekend when two protesters were reportedly shot dead must end.

People have taken to the streets in Myanmar to protest after the military took over and detained Ms Suu Kyi following her party’s landslide victory in November’s elections.

The ruling junta has cut internet connections, imposed a curfew and a law banning more than five people from congregating in an effort to stop the demonstrations that have sprung up since their takeover.

Some members of the security forces have used violence against the protesters – driving tanks into major cities and opening fire on the crowds.

One young woman who was shot in the head by police while protesting also died earlier this month.

Mr Raab will tell the UN Human Rights Council that the situation in the country is getting worse, with human rights violations and abuses “well-documented”.

He is expected to say the crisis “presents an increased risk to the Rohingya and other ethnic minorities” and will call for the military to “step aside” and for civilian leaders to be released.

“The democratic wishes of the people of Myanmar must be respected,” he will add.

On Russia, the foreign secretary is expected to say: “We face a truly dire and shocking situation from a permanent member of the UN Security Council.

“It is disgraceful that Alexei Navalny, himself the victim of a despicable crime, has now been sentenced on arbitrary charges.

“His treatment and the violence inflicted on peaceful protesters can only further reinforce the world’s concerns that Russia is failing to meet its international obligations.

“We call on other members of the council to consider whether Russia’s actions are in line with its international human rights obligations and the values that we seek and that we have pledged to uphold.” ‘You will burn in damned hell,’ Navalny tells court

Mr Raab will call on the council to continue with a “comprehensive investigation” of human rights violations – including accusations of torture, cruel, inhuman and degrading treatment – relating to the disputed presidential election in Belarus.

He is set to say that President Alexander Lukashenko’s “brutal crackdown” against protesters has resulted in a “human rights crisis”.

“The UK will support initiatives to keep Belarus on the council’s agenda for as long as it is necessary, and until the Belarusian people are able to enjoy their democratic rights and their fundamental freedoms,” Mr Raab will say. 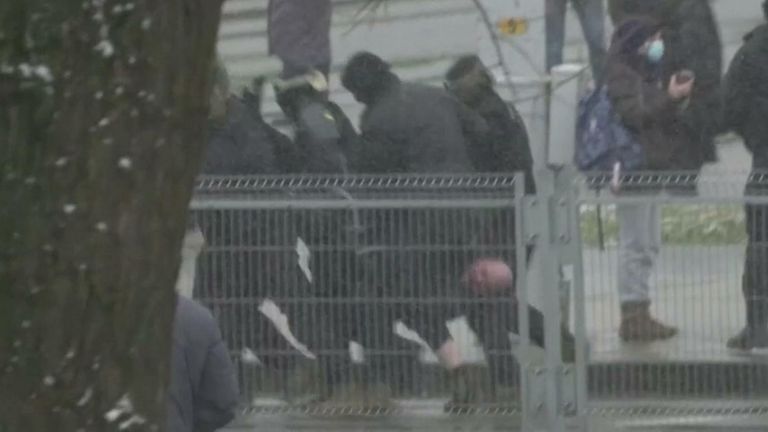 Mr Raab will also describe the allegations of human rights abuses against Uighur Muslims in Xinjiang, China, as “beyond the pale”.

He will tell the council: “The reported abuses – which include torture, forced labour and forced sterilisation of women – are extreme and they are extensive. They are taking place on an industrial scale.

“UN mechanisms must respond. The UN High Commissioner for Human Rights, or another independent fact-finding expert, must – and I repeat must – be given urgent and unfettered access to Xinjiang.”

Mr Raab’s address to the 46th Session of the Council marks the UK’s return as a voting member.

Nicola Sturgeon sets a date and question for proposed Scottish independence referendum
The new tactics being used by ‘crash for cash’ scammers and the 10 new areas they are targeting
Podcast: Tesla Cybertruck update, Enhanced Autopilot, Tesla VPP, Cadillac Lyriq preview, more
By-election defeats and Tory turmoil – none of it seems to bother a prime minister on the ropes
Is it better to buy or lease an electric vehicle?