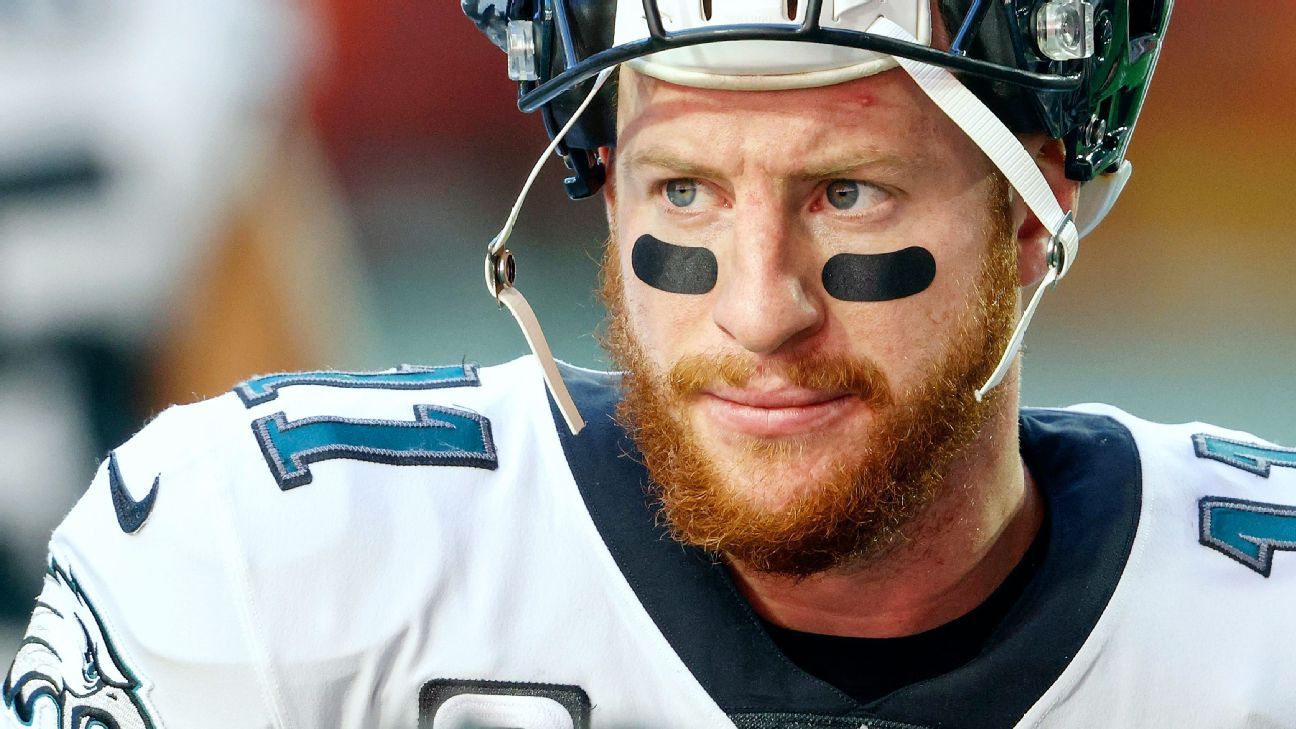 Calling his five years with the team “an amazing journey,” quarterback Carson Wentz bid farewell to the Eagles, his former teammates and the city of Philadelphia on Friday.

Wentz published a lengthy post on his Instagram account one day after league sources told ESPN he was traded to the Indianapolis Colts for a 2021 third-round draft pick and a conditional 2022 second-round pick that could turn into a first-rounder.

He wrote in part: “As one chapter closes, another one begins.”

In Indianapolis, Wentz will be reunited with Colts head coach Frank Reich, his former offensive coordinator in Philadelphia, and help fill the void left by Philip Rivers‘ retirement. The Eagles are likely to turn to Jalen Hurts, though they also intend to bring in competition for him. The Eagles’ starting job is not expected to automatically go to Hurts.

Trading Wentz marks the end of an unexpected chapter and year with the Eagles. Wentz went from a former MVP candidate to backing up Hurts — a rookie second-round pick in 2020 — while his relationship with former Eagles head coach Doug Pederson disintegrated.

Wentz wanted out of Philadelphia even though the Eagles hired former Colts offensive coordinator Nick Sirianni as their new head coach.

Reich, who has been Indianapolis’ head coach the past three years, was Philadelphia’s offensive coordinator for Wentz’s first two NFL seasons in 2016 and 2017. With Reich at the helm, Wentz will take the reins of a Colts attack that ranked 10th in the NFL in total offense and ninth in scoring last season.

Many schoolchildren among 268 killed in Indonesia earthquake
Mother in Nottingham flat fire dies as two children also killed in blaze named
Renault wants to use water from depths of 4,000 meters to supply heat to an old production plant
Murders of two 16-year-old boys in London linked as victims named
Is Britain’s year of strikes headed for an uprising? | Adam Boulton