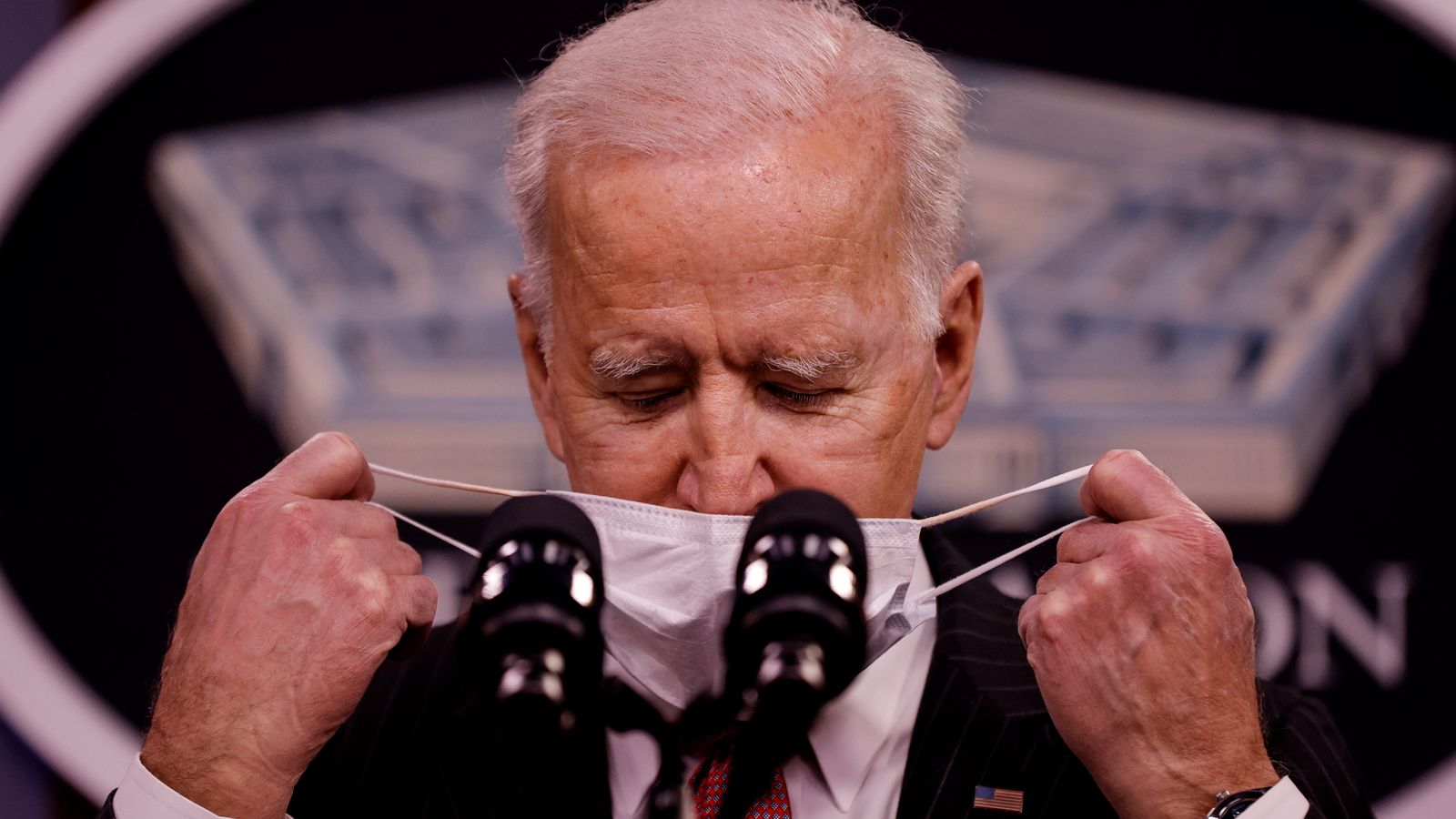 President Joe Biden will mark the US surpassing half a million coronavirus deaths – the highest total in the world – with a moment of silence and a candle-lighting ceremony at the White House.

It is expected the country will pass this total on Monday, just over a year after the first confirmed US death from COVID-19.

As of 4am GMT, some 498,879 fatalities have been recorded in the US – almost twice as many as Brazil, which has the second-highest death count at 246,504 – according to Johns Hopkins University.

The US president is expected to deliver remarks at sunset to honour those who lost their lives, joined by First Lady Jill Biden and Vice President Kamala Harris, before taking part in the silence and lighting ceremony, the White House said.

Last month, Mr Biden predicted between 600,000 and 650,000 deaths would be recorded in the US before the country begins to “turn the corner in a major way”.

He has accused his predecessor, Donald Trump, of being partially at fault for the world’s worst cases and deaths count.

“While scientists did their job in discovering vaccines in record time, my predecessor – I’ll be very blunt about it – did not do his job in getting ready for the massive challenge of vaccinating hundreds of millions,” he said.

In December, America’s daily death count reached an average of 2,276 and one daily total even exceeded the 2,977 people who were killed in 9/11.

Mr Biden has prioritised tackling the pandemic since taking office last month, signing 10 executive orders on his first day aimed at curbing the spread of infections.

He confirmed the US has now bought enough jab doses to “vaccinate all Americans”, with an average of around 1.6 million doses being administered each day.

The new president has set a target of 100 million total doses given out within his first 100 days in office – a target the US is currently on course to exceed.

It’s about to be way easier to make a smart home. Here’s what you need to know
Europe’s gas price cap leaves some nations dismayed, saying it’s far too high
The Taylor Swift tour Ticketmaster chaos explained
Emma Thompson on her transformation into Trunchbull – and why she thinks Matilda is not a children’s film
Could arts funding cuts and cost of living crisis affect your favourite TV shows and films?