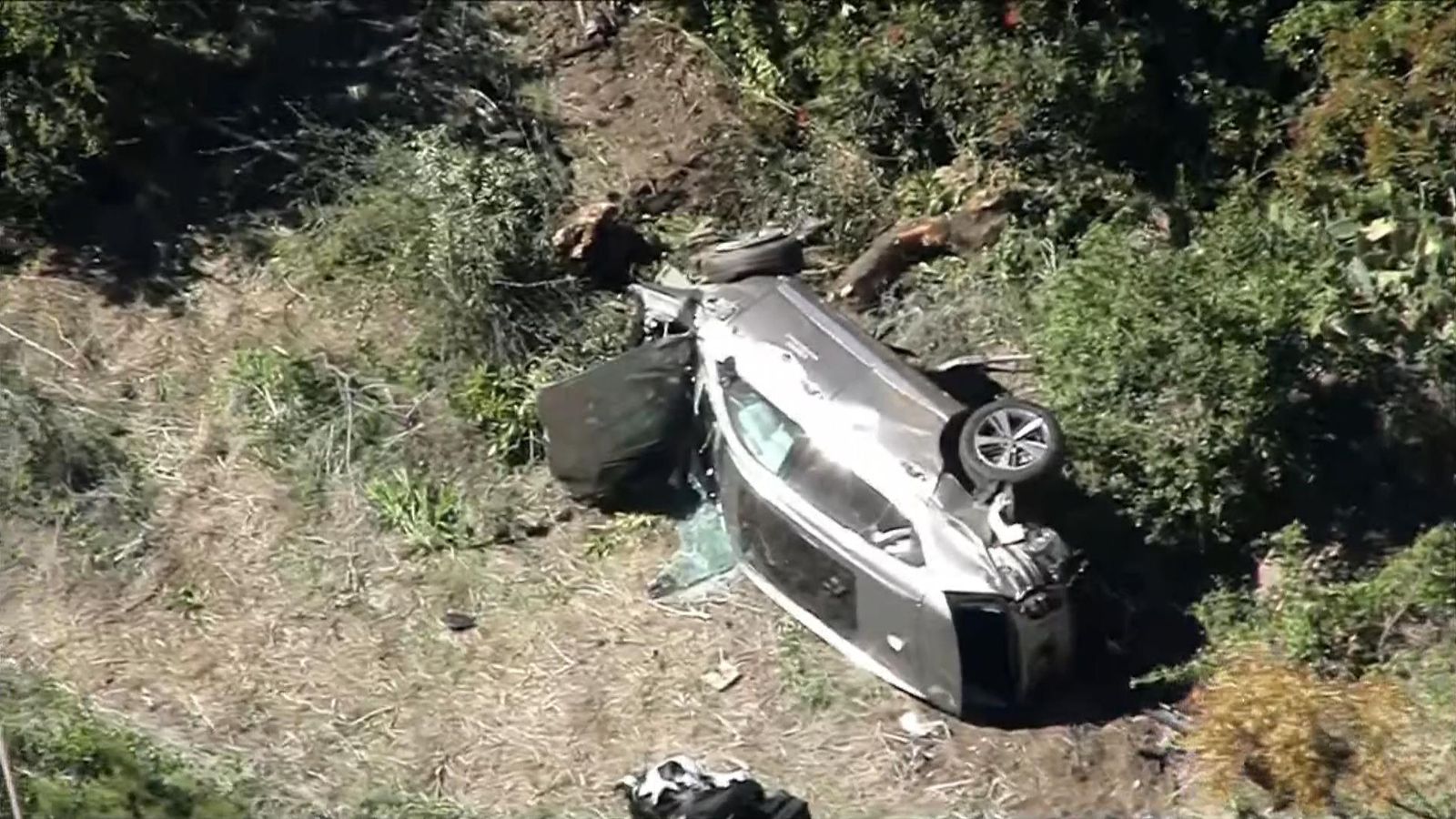 Tiger Woods is undergoing surgery for “multiple leg injuries” after being cut from his car following an accident in Los Angeles.

The accident happened on the border of Rolling Hills Estates and Rancho Palos Verdes on Tuesday morning.

LA County Sheriff’s Department said Woods was the only person in the car.

“Mr Woods was extricated from the wreck with the ‘jaws of life’ by Los Angeles County firefighters and paramedics, then transported to a local hospital by ambulance for his injuries.”

Woods’ agent Mark Steinberg told Golf Digest in a statement: “Tiger Woods was in a single-car accident this morning in California where he suffered multiple leg injuries.

“He is currently in surgery and we thank you for your privacy and support.”

He was due to be hosting a second day of celebrity lessons on Tuesday.

Speaking at a press conference ahead of the WGC-Workday Championship, world number three Justin Thomas expressed his concern for Woods and his two children, Sam and Charlie.

“I’m sick to my stomach,” Thomas said. “You know, it hurts to see one of your… now one of my closest friends get in an accident.

“Man, I just hope he’s all right. Just worry for his kids, you know. I’m sure they’re struggling.”

Woods has not played since December, when he took part in the PNC Championship in Orlando with his son, Charlie, who turned 12 earlier this month.

On 23 December he had his fifth back surgery and said last weekend that he was unsure whether he would be able to play in the Masters Tournament in April.

After decades as a nuclear powerhouse, France makes its play in offshore wind
Landslide rips through Italian holiday island leaving dozens cut off
Get ready for a prolonged downturn that’s worse than 2000 or 2008, billionaire VC Doug Leone says
Is Britain’s year of strikes headed for an uprising? | Adam Boulton
MPs can put Christmas parties on expenses for the first time